Submitted into Contest #25 in response to: Write a short story about someone in the self-help aisle of a bookstore. What book do they pick up?... view prompt

Marvin needed help, and this seemed to be the place to get it. He looked at the laminated label on the bookshelf. SELF-HELP SECTION. He nodded to himself. Yup, this was the right place all right. He held his hands behind his back – neatly, as Mother had taught him – and surveyed the books on offer.

Deidre had been making a stink all week, and Marvin had finally caved and gone in search of a remedy to their problems. It was a very specific issue. Marvin was doubtful that he’d even find a single book dedicated to alleviating the matter, let alone a selection. Still, he wanted to check. Otherwise, he’d have to ask, and the thought of that made him shiver with fear and burn with embarrassment. No, he’d have a look in the self-help section first… then he’d have a go by himself… and if the subject still persisted, then he might request help from someone.

Reaching forward with one hand (the other hand remaining faithfully at the small of his back, as was proper), Marvin neatly pinched the spine of a book between thumb and index finger, then slid it fastidiously out of its tight spot on the shelf. HOW TO SPEAK CAT offered the book. Marvin held the book at arm’s length and, with one raised eyebrow, surveyed its cover. No, that certainly wasn’t it. He shelved the book and selected another. Microwave Dinners for One. There was a picture of a bespectacled middle-aged woman wearing a frumpy cardigan. She was smiling, but her eyes looked sad. Marvin shook his head. Nope, not that either. Unmoved, he shoved the book – and the lonely looking woman – back into its spot, where it would remain for untold years.

Taking a random stab at it, Marvin pulled a book from the shelf blindly, read the title of How to Poo on a Date, and shoved the book back into the stack, hastily. He glanced around to make sure nobody had seen him, feeling his cheeks reddening. Some people! The next book was less embarrassing but more perplexing; HOW TO BE POPE. Marvin wondered whether any sane people had ever purchased such a self-help book. He highly doubted it. He picked up another and, for a moment, Marvin thought he’d accidentally picked up the first book again, but, upon closer inspection, found that the word ‘speak’ had been replaced with ‘paint your’. He offered a humourless, derogatory bark, which might have been an attempted approximation to a laugh. At the sound, the woman behind the counter looked up sharply from her book, frowning.

Marvin sighed. He thought he’d never find anything useful. He shoved the book on decorating felines back into the stack with reckless abandon. Somewhere behind him, the bookstore owner tutted testily, but said nothing. Marvin, trying to ignore the hawk like glare of the woman behind the counter, turned on his heel and started to march out of the dusty old shop, hands still firmly linked behind his back, shoulders square, back upright. He had almost reached the door – with its smudged glass and faded brass bell above – when self-doubt struck. Was he really giving up that easily? Mother never raised a quitter, after all!

Oh, and the stink that Deidre was kicking up ­­– the stink! Could he really face her lifeless gaze knowing that he’d found no answer to the problem? With a grumble, Marvin wandered back over to the shelf, arms still neatly folded at the small of his back. He pretended he didn’t feel the burning stare from the old bat sat at the desk, finger holding open her place in a dog-eared paperback, owlish glasses sliding down her nose with librarian authority. Mother would have been proud.

His first foray after returning to the self-help section didn’t ignite much hope within Marvin’s heart. He found a book on writing self-help books. HOW TO WRITE A HOW-TO BOOK. The nerve of these people! Marvin shoved it back where he had found it, temper boiling. To cool his temper, Marvin pulled a nice beige coloured book from its home, the blandness soothing his disquieted soul. And then he read the title: How to Date Women: What to Say and Do and Look Like. Marvin rolled his eyes. He didn’t need any help with the ladies, he had a Deidre back at home, and God knew that one was enough. He pushed the dating guide back into its spot, leaving it stuck out – just a little. There was undeniably some poor old sap who’d need it, and who was Marvin to deprive them? He wondered whether someone had stumbled across the self-help book that he was looking for. If so, why hadn’t they been considerate enough to leave it sticking out – just a little – like he had done? Inconsiderate, that’s what they were.

THE FIRST STEPS IN STARTING YOUR OWN COUNTRY offered his next selection. Marvin would be lying if he said he wasn’t at least somewhat curious, but… no. One thing at a time, just as Mother had taught him. Marvinland could wait. There was a more pressing task at hand. Marvin made a mental note to return to this shop and purchase the guide, once he had his schedule free. He briefly pondered purchasing it along with the book he was looking for (should he ever find it!), but again chastised himself. Two books at once? Gosh, no! What would Mother have said, were she not twelve years in the grave?

Marvin shuffled along the shelf – hands still clasped at his back, like a soldier – looking down his nose at the literary wares. He saw a picture of a pooch wearing a jumper and picked up the thing, feeling guilty at allowing curiosity to get the better of him. But, what the heck, Mother wasn’t always looking over his shoulder. Or was she? Marvin looked around but could neither see Mother nor smell her perfume. He nodded to himself – he was safe. At least, for the time being. He returned to the book in his hands. Dog Hair – GREAT for Knitting! Marvin eyed the all-caps ‘great’ with a stony glare. He wrinkled his nose at the thought of a poodle cardigan and subsequently dropped the book back where he’d found it, hastily wiping his hands against his trouser legs. Egad! Was there nothing in this bookstore that he could use?

The final book he raised to his inquisitive eyes before discovering that which he sought had the nauseating title of ANYONE CAN BE COOL – A Guide for Wannabe Hip Teens! Marvin decided that he was neither a teen nor did he “wannabe” hip. Besides, Marvin felt that he was cool in his own unique way. He caught his reflection in the shop window – in spite of the thick layer of dust that was accumulating (tut-tut!) – and nodded to his mirror image with affirmation. Still got it. He tried to put the book back in its place but found that the fit was too tight. So, he left it on top of the shelf, feeling like a criminal, glancing furtively over at the shop owner. Luckily, her attention was focused on whatever pulp trash she was currently pawing her way through.

Marvin turned back to the self-help section, feeling increasingly disillusioned. His eyes ran across the useless guides, how-to books, and other novels on improving or learning something or another. And then he saw it. It caught his vision like fishhook. How had he missed it before? Feeling like a man reaching for the holy grail, he extended his arms, ignoring the slight tremble in his hands. BUILD YOUR OWN COFFIN read the title. And then the subtitle: A DIY Book You Can REALLY Bury Yourself In!!!

Marvin pondered the title. Marvin pondered the subtitle. Marvin pondered the use of three exclamation marks at the end of the subtitle. The author’s name was printed at the bottom of the front cover in a font that was far too fancy: Richard Hardy. Marvin thought that was an obscene name. He flipped the book over and scanned the blurb. “Hmm,” he said to himself. If one were to listen to the tone of this Hmm, one would find it rather difficult to discern whether Marvin himself was concerned, pleased, surprised, or displaying any emotion at all. “Hmm,” Marvin repeated, with a single nod. He brushed through the pages as if it were a flipbook and some cartoonish animation were about to jump out at him. Marvin tapped the spine with his thumb. Tap-tap-tap.

He took the book over to the hawk at the desk. “This,” he said, sliding the book over the counter with the air of a man buying a pornographic magazine. The woman raised her eyebrows and said nothing in return. She simply opened the first page of the book and tapped the pencilled-in price. Marvin paid the store owner the petty change that the book cost, grumbling all the while. Daylight robbery! Without thanking the shop owner, Marvin snatched his purchase and left the store, tarnished bell tinkling overhead as he passed through the doorway. His mind was filled with the tantalising image of a long, narrow box. He hoped Deidre would be satisfied with his choice in self-help book, for she really had been making a stink.

She’d been dead for thirty-seven days and her corpse was beginning to smell. 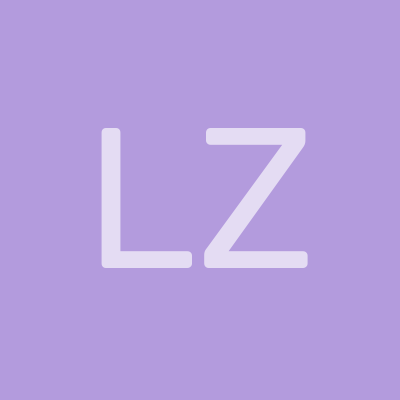 Love how you display the sophistication Marvin is trying to plaster onto himself. Cracked me up, haha. Not to mention the humorous book titles and his reactions to them. Great job.

Thanks so much! I had a lot of fun writing Marvin. So glad you liked it!

I really enjoyed Marvin and his mysterious Deidre. I was trying to figure out who she was and why she “was making a stink” all the way until the end. A very fun read. It made me smile.

Brilliant! I love all the weird book titles!

Thank you! I enjoyed getting quite silly with this one. :) 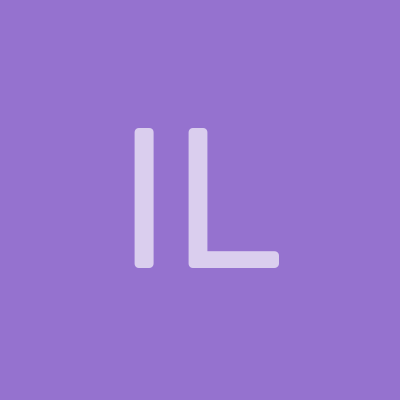