"Crios was a mighty warrior. But even he was not the best. And when he faced one better than he in battle, he soon fell." She raked her fingers through my hair, gently tugging at the knots, "But as he lay dying, Zeus took pity on him. Zeus laid his body in the stars as the constellation Cancer. So that his sacrifice might not be in vain." Her voice was so soothing. "How do you know so much about mythology?" I asked. She laughed, a beautiful laugh, "It's in my blood, agapi mou." I smiled, tucking a strand of her silky black hair behind her ear. Her bright blue eyes shone as she watched me lovingly. I was staring into those beautiful orbs when suddenly a bright light was shone in my face, "Brooooooooooooo! Get uuuup! You have work!" I shot up. My best friend, Mark, stood by my light switch with a cup of coffee in his hands. A dream. Of course.

I sighed as I got up and stole Mark's coffee. Another long day of work before coming home to my best friend/ roommate/ the dumbest person alive. We both didn't have enough money to live on our own. So the obvious solution was to rent a place together. We both do chores and pay bills but he is so annoying. And the worst part is- he knows he's annoying. He may be my best friend, but I cancel that order immediately if I see an airhorn ordered on his amazon. The same goes for silly string. He's annoying even without the constant 'pranks'.

I thought about the woman in my dream as I brushed my teeth. She was so beautiful. Too beautiful. Way out of my league. Even as I tried to block the thoughts of her out of my head, her beautiful blue eyes kept coming back to me as I slumped through my morning routine. They were beautiful... So very beautiful.

I thought of this woman for every waking moment of the day, right up to the moment I collapsed in my bed that night and fell asleep.

"Theseus promised the young princess he would marry her. But when all was said and done, he betrayed her. Just as he had convinced her to do to her father." She laid beside me, whispering the story in my ear. We laid on the grass, staring up at the stars in the night sky, "When Theseus arrived on the island of Nexos, he abandoned the beautiful maiden. She wept day and night until a young god heard her heartbroken cries. He saw the beautiful maiden and one of Eros's arrows struck his heart. He fell in love instantly. He went to comfort the woman, "Fair maiden, what ails you so?" he asked, his own heart breaking from the sight of her tears. She told the god of her betrayal and the so-called hero's betrayal after that. "What is your name?" the god asked after hearing her tale. "I am Ariadne. Who are you?" she replied. The god didn't answer the woman for some time. Finally, he answered, "I am Dionysus." Ariadne stared into the god's eyes. Eros's bow let loose another arrow and she knew she loved him. They married the next morning and remained faithful only to each other forevermore." I stared at the stars, "That's a beautiful story." She stroked my face and whispered, "Yes, it is, agapi mou. "

My eyes blinked open and I was met with the blinding light from the sun shining through my open curtains. Another dream about the same beautiful woman. I couldn't stop thinking about that dream. "Poor Ariadne," I said aloud. "Who's Ariadne?" I turned and there sat Mark. "She was the wife of Dionysus in Greek mythology." Mark scrunched up his face, "Since when do you know Greek mythology?" I smiled at my feet, "I... just started learning."

After work, I went straight to the library. "Hello. How may I help you?" The woman at the front desk smiled. She was very attractive. I didn't care though. The only woman on my mind was the woman from my dreams. "I need all of your books on Greek mythology." The woman blinked, "You want all of them?" I nodded, deadly serious. She frowned, "Our mythology section is on shelves B23-B27. Everything we have on Greek mythology should be there." I smiled, thanked her, and rushed over there. I want to know everything about Greek mythology.

That night I laid awake. I had read so many fascinating stories. I had read about Prometheus creating people. I had read about Zeus's many affairs with mortals. Everything about the myths sucked me in. They were happy, sad, or even angry. Any emotion you can think of and there's a story about overcoming it. I understand why so many people love these stories. And I can't wait to hear more.

"Have you heard the story of Prometheus?" I leaned into her touch, "Yes." She hummed, "You've been looking into it? That's very sweet, agapi mou. Very sweet." I took a deep breath, trying to breathe in her scent, "What does 'agapi mou' mean?" She traced stars on my arm with her finger as she replied, "It's greek for 'my love'." I smiled into her hair. I definitely love this woman. I don't even know why. I just...do.

Once again, I was awoken by a bright light. I sighed. I wished I was asleep again. Today was my off day. I could sleep more, but I'm not tired. I got up to shower, still wishing I was asleep. I guess I'll go back to the library. As I made my way downtown, I thought about the absurdity of the situation. I've fallen in love with someone who isn't even real. She's a figment of my imagination. Does that make me crazy? Probably... I didn't care though...

When I got to the library, I walked straight to the mythology section. I went to walk down the aisle with the Greek mythology and there she was. I couldn't believe my eyes. She glanced up at me and her gorgeous blue eyes widened. We both stood there staring at each other for several moments before she took a step forwards, "It's you." 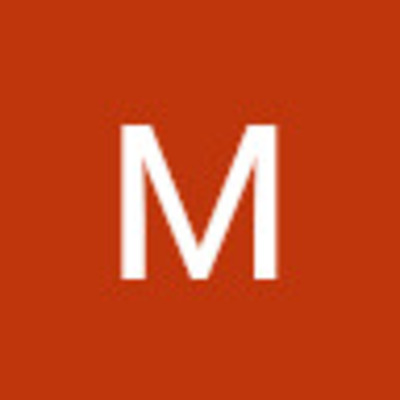 This is amazing! It is so good at describing and I can vividly picture everything in my mind.

Thank you! I'm super proud of it!