Submitted into Contest #118 in response to: Write about a character, animal or human, who is reborn as something totally different.... view prompt

People are a lot like caterpillars. There are plenty of caterpillars amongst us, but on occasion we get a glimpse of a butterfly…

The wind had changed direction. No longer the soft, warming breeze that blew gently off of the ocean caressing and nurturing me. This wind was angry. It didn’t care if I wasn’t ready for it’s onslaught. The new gust was powerful and merciless and really cold. Really cold.

I struggled in this new, brutal environment searching for shelter. Was there something or someone who could help me withstand the hostile and uncertain world I was thrust in to? I didn’t think I had the answers.

“Yeah, it’s not good.” I answered. It was worse than not good, but I didn’t feel like going there with the officer on the other end of the telephone. I’m assigned to the Emergency Medical Training Unit as an instructor at the Police Academy. Fellow officers are calling, looking for answers. Answers that I don’t have, or don’t want to give out.

“I worked with him, you know?”

“Did you? I went through the academy with him.” I said staring at the Zebra brand pen on my desk. Black ink, medium point.   In the world of law enforcement, no other color ink exists. For some reason that observation depresses me today.

“What? The academy? Yeah, nine years.” It’s been that long? Time flies when you’re living in hell.

“He’s a nice guy.” The other officer said.

The wind is getting colder.

“He did well in surgery yesterday. Did you know that?” The officer says to me.

“Yeah, I heard that too. It went as well as can be expected.”

“Good for him.” The officer seems happy with the news; I’ll leave him with that thought and not puncture the bubble he’s living in. That will happen soon enough. I know too much about the injury to be so optimistic. But who am I to destroy anyone’s hope? We need more of that hope thing.

“Listen, I have to go. The recruits are waiting for me. Take care of yourself.” I hang up the telephone. I’m uncomfortable. I don’t like talking about the serious stuff with people who haven’t been there. I pull the collar up on my uniform shirt as a chill goes down my back. The wind caught me by surprise.

The recruits are waiting. How apropos that I’m doing a lecture on head, neck and spinal injuries. I go to the bathroom and splash cold water on my face. I can feel my heart beating through my shirt. I’m not amused by the irony. I want to put on a sweatshirt to help chase away the chill, but the recruits are waiting.

I often think of myself as a caterpillar. A strange analogy, but one that seems to explain my world in a way I normally cannot convey. I feel I have weathered the storm. During the onslaught, I crawled beneath an upturned rock and wrapped myself up in a cocoon. The wind was fierce, and I was sure the rock would become unstable and crush me, or the wind would suck me from my hiding place, and I would be destroyed by the storm. It has taken years, but I felt the warmth of the first rays of light as the wind gusts retreated. Slowly, I managed to untangle myself from the damp and constricting cocoon. It had served its purpose, but I was ready to move on.

I took a few steps away from the cocoon that had served as my shelter and home for a couple of years. It was weathered and dirty. Part of me wanted to crawl back in. Another part, the part that won out, wanted to walk away from the memories that were woven into the shell I left behind.

My feet felt different, lighter, as if I almost could walk on air. I emerged from behind the rock. The wind retreated, but I could still hear the ominous gusts from just beyond the mountains. I was safe.

I stood near the precipice and peered down. The world continued without me, yet I could hear the people’s voices floating up through the air. I caught snippets of conversations. “He blew out his C6”… “They did all they could. She still lost her leg.”… “Had my partner not shown up, I would have bled out, impaled on the fence post….” The harsh wind caught me off guard. I lost my balance and fell into the precipice.

I tried to rely on my past behaviors. I tired to crawl, but couldn’t get my back scrunched up enough to move my feet forward. I pulled down my arms, but they felt different. I glimpsed to my left and saw a tapestry of brilliant color pulled taut over what I thought were my arms. Wings! I have wings! I pulled down harder on my wings, but they were still wet from my birth. The gust caused me to tumble rapidly toward the ground. I was getting dizzy. I struggled again. This time, the tacky surface broke apart and my wings separated. I no longer tumbled, but glided toward the conversations. It has taken me a while to learn how to navigate through life with these new wings, especially when there are times that I wanted to crawl like I used to. But now I see more and feel more.

“Atten-hut!” The recruits come to attention.

My eyes scan the room. Eighty students in matching gray uniforms and black ties staring straight ahead. All of them look so serious, so young, so naïve.  I wonder who are the caterpillars and who are the butterflies. Right now, I’m sure there

are more caterpillars than there are butterflies in the room, but that’s okay. I think of the Trooper who lost her leg when her patrol car was hit. I think of the officer who was impaled on a fence post who has flashbacks every day. I remember my academy class nine years ago and my fellow officer who is now paralyzed and who sat in my lecture on spinal cord injuries just a month ago. Three individuals who began their lives as caterpillars. They are all in their cocoons now, but they will emerge once the wind changes direction and they will be able to fly. I know they will. 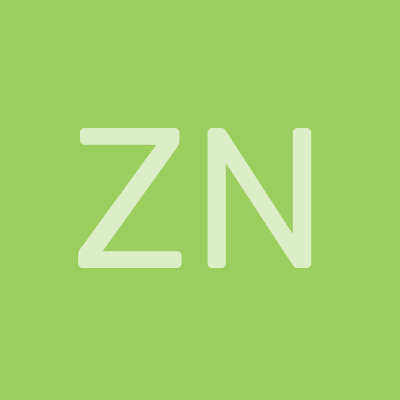 I’m interested to hear more about the main character, what happened, what parts of the story match her, and which are the others that are talked about. I read it three times to straighten it out in my head, I’m imagining Scotland or another cold windy wild place, and a crime, but then there are metaphors woven in, is the wind real or is it her discomfort that she now shakes off to become who she really is? Very intreaguing!