Submitted into Contest #117 in response to: Write about a character who uses a night where everyone’s in costume as cover for something sinister.... view prompt

For many years the rundown farmhouse had stood abandoned at the end of the country road in one of the dark forests of the northern Delmarva Peninsula.

The farmhouse appeared to have no useful value to anyone and, as far as anyone knew, no one had lived there for at least 10 years. Local real estate agents avoided it like the plague.

Even officials in the county property department charged with removal of abandoned structures ignored the house completely because they felt the cost involved in clearing the overgrowth now leading up to it and hauling the resulting debris the quarter mile out of the woods to the road leading to the nearest landfill would place too much of an added burden on the county’s already overburdened taxpayers.

However, standing in the way of even the slightest effort to rid the area of this eyesore was Donald Felston, the wealthy and excentric owner of the property.

Like the property itself, the source of Felston’s financial largesse also remained a mystery. Yet, even the few educated economic advisors who had some idea of the source of his other holdings said the Delmarva property stood as a wart in his impressive portfolio. Time and time again they urged him to commission a study to determine a useful and profitable purpose for the “ghost house.”

The 85-year-old Felston knew, though, of a valuable secret hidden deep in the cavernous cellar of the structure. He alone knew of the countless riches awaiting the first person to get their hands on his “buried treasure.”

Felston had stumbled upon the “stash” shortly after taking possession of the house many years ago. He had purchased it “for a song” at an auction sale because its former owner, down on his luck and starved for cash, had never discovered the treasure.

Turns out the pirates who had once ravished the sailing vessels of rich merchants that travelled up and down the Chesapeake had used the home as a dumping ground for thousands of dollars of “booty” captured in their raids. It had remained buried for centuries in a chest under some tightly-nailed floorboards.

The millionaire recluse had few surviving relatives, and he resolved that those relatives--three nephews--would not take possession of the riches until after his death. In order to preserve his wishes, he didn’t want even his three heirs to know about the treasure until the reading of his will.

Therefore, Felston told no one about his discovery but kept a secret diary outlining the location of the treasure in a locked drawer in the downtown office of his investment firm.

Over the years, however, Felston’s nephews, Jonathan, Samuel and Theodore Felston, had become extremely suspicious of his increasingly senile behavior. It seemed that, on the rare occasions on which they saw their uncle, whenever they brought up the subject of the rundown, and apparently worthless, house over which he exerted iron-fisted control he refused to disclose why he still held onto the house.

One day, however, their usually robust and active uncle came down with an illness that landed him in a local hospital for more than a week.

Uncle Donald’s only hint about his jealous possession of the house came once as he started mumbling while dreaming in his hospital bed. His visiting nephews heard him make reference to a secret file in his office.

After their uncle had remained out of the office for several days, the three nephews broke into the office to see what unexplained mystery it contained.

They jimmied open a locked desk drawer and found the file--actually, an envelope marked “to be opened only upon the death of Donald Felston.” After steaming the letter open they discovered precise directions to the hiding place of the “pirate booty.”

Although the reclusive Mr. Felston had not taken as many precautions as he should have in securing his office; he had made sure that 24-hour armed security guards protected the rundown “treasure house.”

His nephews met at one of their homes and started to map out a plan to access the house and unmask the secret Uncle Donald had kept hidden for so many years.

This all happened as Halloween approached--the perfect time of year for a perfect escapade.

The nephews told the security guards that, under orders from their uncle, the guards no longer needed to “protect” the house.

They announced to all their friends and acquaintances and to Uncle Donald’s few business associates that the house had laid vacant too long and they would soon host a Halloween costume party in the rundown mansion.

After all, what more fitting setting than a rundown edifice in the middle of a dark forest? So they painted and repaired the mansion just enough to make it the ideal setting for an uber-scary Halloween gala, hired a staging crew to decorate it in the scariest motif imaginable and paid a local radio announcer to act as a DJ for the event.

The nephews figured, with all the guests in costume, they could easily sneak down to the basement, break into the chest and escape with the ‘pirate booty’ long before their uncle or one of his henchmen discovered the empty treasure chest.

So, at the party, while everyone danced to the ghoulish music and imbibed with several adult beverages each, they followed the directions in the letter and entered the basement. After about an hour of trying to decipher the obtuse directions, they found the “treasury chest” covered by dust under an extremely heavily-nailed floorboard.

With a great deal of effort they were able to pry open the creaking lid of the chest.

However, instead of sifting through handfuls of bright yellow gold and jewels, they found themselves sprayed by a bright yellow mist and they suddenly disappeared.

Along with the nephews, the chest, the home and all the guests suddenly vanished, never to be heard from again.

A few days later, hospital staff and visitors passing by Uncle Donald’s room heard uproarious laughter coming from his bed. Physicians and nurses who rushed into his room got there just in time to hear the old man breathe his final breath.

Very well written! A good, intriguing story. It should have been written as a journal entry type story OR one with dialogue.

Great story! It would have more impact if you expand the scenes. 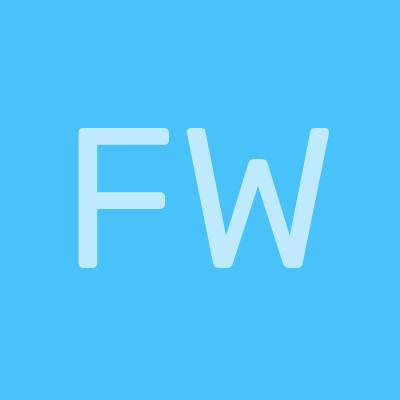 Thanks, very enjoyable and entertaining.