Submitted into Contest #19 in response to: Write a short story about a shop that takes place over a span of years.... view prompt 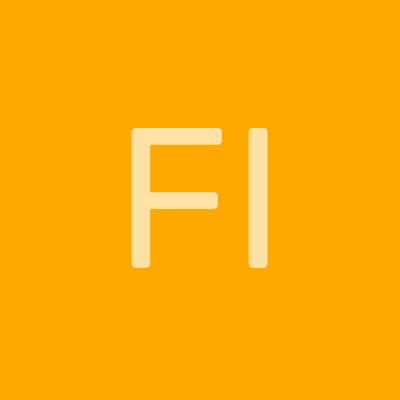 As a child, Octa loved going to the zoo. Her parents, both exceedingly loving and nurturing, had paid for years of family memberships so that Octa could spend as much time as she wanted watching, observing, and studying the captive animals. Octa, like many children, was fascinated with the natural world and all the variations of life that existed. At each enclosure, she would press her face against the wall, misting the glass with her hot breath while she searched the plants, trees, and fabricated structures for camouflaged or shy creatures.

Though Octa loved the exhibits and all the animals that lived in the enclosures, the gift shop at the end of the zoo, by the exit, was what she loved best. She was a child after all, sweet and compliant most of the time, but still a child who loved the possibility of getting presents, a possibility that always increased in probability when her parents took her to the zoo gift shop.

Even now, well into adulthood, Octa could retrieve, with vivid recollection, the memory of shelves filled with stuffed animals that were fluffy, colorful, and softer renditions of the wildlife she had seen. Over the years, her indulgent parents had bought her a menagerie of stuffies that crowded her childhood bed, accompanying her to sleep every night.

The shopkeeper had also been one of Octa's favorite people. A kind, elderly lady, knowledgeable about all the species living at the zoo, and eager to tell funny stories about mishaps and near disasters. She once told Octa about a group of primates that had stolen keys from a volunteer and managed to unlock two sets of perimeter doors. They got as far as the zoo gates when the chips under their ankle skin set off an alarm. She had laughed with the shopkeeper about all the imagined chaos those escapees could have created if they had gotten out.

Octa smiled at the memory. That had been decades ago and, today, Octa was no longer a child. Yet, here she was, standing at the zoo exit considering whether to walk into the gift shop. Earlier, she had learned that the zoo would be permanently closing. The animals were to be sold to other zoos or euthanized. And, the shop would be gone. Octa could not bear the thought of never seeing the shop again, and so, she had walked all the way across town for one last look at a blissful piece of her childhood.

Octa stepped into the shop through a pair of automatic doors with painted pictures of happy chimps swinging from trees, swimming in pools, and eating fruit. The shop was just as Octa remembered -- cheerful, bright, and full of tempting toys.

"Hello, can I help you find anything?" A warm voice said beside Octa.

Octa turned and smiled. It was the shopkeeper. The same older lady as before with wisps of gray in her hair and a kind face.

"I'm just looking today. I wanted to visit before the shop closed."

"Of course, take your time, little Octa." The shopkeeper replied, smiling back.

"You remember me?" Octa asked in surprise.

"I do," the shopkeeper paused and Octa saw that the outline of her holographic body became slightly fuzzier before sharpening again, "and if my memory files are correct, you had a preference for apex predators."

"Good memory!" Octa laughed. "I did collect a lot of those, didn't I?"

"Yes, I remember now." Even though Octa knew that the shopkeeper program could retrieve old receipts once it recognized a returning customer, it still warmed her heart to be recognized with such friendly familiarity.

"I can show you the remaining inventory we have for predators, if you're interested." The shopkeeper offered.

"Well, since I'm here, why not?" Octa happily followed the shopkeeper to a section that not only had stuffed toys, but live animals contained in glass tanks and corked spherical bottles.

"This is new." Octa observed, pointing to the live animals.

"It is. Now that the zoo is closing, we are selling some of the animals that haven't been accepted at other zoos. We prefer re-homing to euthanizing." The shopkeeper explained.

"Is that safe? What if these guys get out into the world?"

"These species were chosen because they are fairly innocuous." Pointing to a small glass jar, the shopkeeper explained, "Here, we have the ancient species of Theraphosa blondi, the Goliath Birdeater tarantula. Perhaps, you'd be interested in a predator that shares some ancestral heritage with you?"

"I can barely see it. It's tiny!" Octa squinted and tried to find the "Goliath" tarantula. She finally spotted something lazy, unmoving, with eight hairy legs. "Other than having eight appendages, that one hardly seems to share anything with me." Octa stood up from the tank.

"Octa, do you mind if I leave for a moment? I see that there are some customers who want to make a purchase."

"Of course! Please go ahead."

The shopkeeper instantly blinked out from in front of Octa and reappeared on the other side of the room in front of a cash register.

Octa looked around again at the stuffed animals, finally settling on buying a plush snake for her niece. As she walked toward the register, she gave a last passing glance at the tanks and stopped. There was a small creature pressed against the glass of a medium-tank waving at her. Unable to resist, Octa walked back to the tank.

"I see you found the juvenile primate." The shopkeeper had reappeared by Octa. "There are two other ones, adults, in there."

"It's cute." Octa grinned back at the little animal that now had a hand pressed against the glass. Octa was very tempted by its adorable antics. But pets, especially exotic ones, required a lot of care. Still, she asked, "Do I have to take all three? Can I just take the little one?"

"Unfortunately, they are a bonded set."

"How much are they?" Octa asked quickly.

The shopkeeper replied, "Well, they are the last of their kind."

Octa crouched lower to look at the primates in the tank. She spotted two more sitting on tiny tree stumps under a tree-house. An adult male and a female from the looks of the genitalia.

"Why doesn't anyone want them? If they are the last, then without them, the species is extinct." Octa circled the tank looking again for the cute one.

The shopkeeper sighed. "This species has a bad reputation, which isn't totally undeserved. Until they were contained centuries ago, they created a lot of a mischief starting from their own home planet. They were small in size relative to other lifeforms in the universe, but they managed to survive many attempts to limit their influence. In the end, they destroyed themselves with internal wars and famines of their own making. A few were saved and kept in zoos. Limited to small numbers, they are harmless."

"Why are these the last?" Octa asked.

"They do not breed well." The shopkeeper replied.

"How long will they live?"

Octa hesitated. The price and the length of life all factored against taking on these pets in her already busy life. It was sad that the zoo was closing, but hopefully, a collector would come and save these leftover animals from being put down. Octa grabbed the plush snake and prepared to leave. Then, she heard the singing. Like birds, but not like birds. The little one was singing about something named a "humpty dumpty."

"Ok, I'll take them. An early holiday present for myself." Octa said decisively.

"Great!" The shopkeeper said, getting ready to ring her up.

"Umm, what are they called again?" Octa asked.

"Oh, they are called HU-MANS. Will you need help getting them home? We can arrange for delivery. Also, you'll need to buy them food, which we have here. Probably should get enough for the estimated lifespan. They don't eat much so it's not actually a lot to store." The shopkeeper prattled on as she swiped the credit card and sold the last remaining children of men to Octa.

I loved this twist - didn't see it coming, but it felt right!