Submitted into Contest #120 in response to: Your character has always viewed the past with rose tinted glasses. Write about what happens when they’re finally confronted with the truth.... view prompt 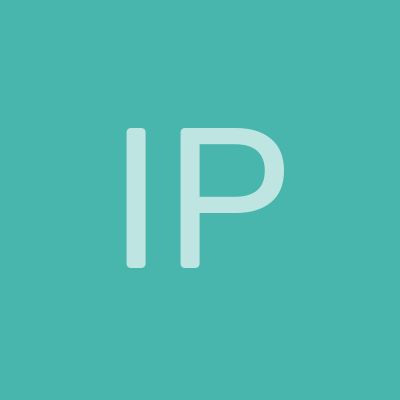 Autumn used to be my best season, full of change and excitement, and especially being within your warm embrace. But that’s all changed now, as I still remember the day, a brisk fall morning, with dew still residing on the grass almost as if it were trying to speak to me, warn me for what’s to come. If we only had limited time, I would spend it with you. My days, filled with your laughter, and kind touch. If only these crevice-sized details allowed us to trigger deeper connections upon our days here. I had always considered myself to be a full, bright person, full of love and giving others the opportunity of hope. And just like that, nothing was the same.

I always understood the meaning of needing someone but it wasn’t until I lost you that I had begun to feel an everlasting ache when I thought of you, more specifically, when I missed you. But, what do I do now? “It’s a genetic condition, only happens to five percent of people, but we will do everything to make you feel comfortable Mr. Cavier,” the doctor had ever-so-casually said, and for lack of acknowledging the boulders, he’d just sent rolling down the mountain allowing them to crash into my heart. My husband is dying. I had never felt this tumultuous inside. Before this appointment, my life pulsed with the beat of you, flooded by the deep colors of roses red, pink, and white petals. Beautifully imperfect is how I would’ve described it. And now, I had housed my aches and pains, continuing to learn how to grow old by myself. Be with me, only.

“Last call Ma’am are you going to close out?” said the young bartender, most likely in his early twenties, who probably attends the local university. “Don’t call me Ma’am” I said bitterly as I sluggishly sipped the last few drops of my fifth dry martini. “Sorry, Ma-Miss…?” asked the bartender curiously, as if walking on eggshells now. “I’m literally only 5 years older than you, okay? That’s like not even old and no my name is for me only” I responded sounding a bit standoffish, and judging by his reaction, he had felt it too as he retreated to his kiosk. To him, I had just been another bitter woman waiting to dissipate into the non-existence effects of alcohol. For me though, the alcohol was the only thing to make me feel my existence once more. “Oh, ow, there’s the curb” I mumbled as I began to pick myself up off the concrete. “Are you alright?” a man asked dressed in a navy blue coat and brown dress shoes, even though his outfit said casual. Once I got myself to my feet, taking the time I needed to readjust my body. Untimely, the fourth dry martini was setting in. “Ahh, yes, thank you & I hope you have a lovely night,” I said as quickly as quicksand swallows its victims. Oh, he definitely knows I’m drunk. His face read inquisitive, but I was tired and cold, with a splash of bitterness. “I hope you’re not driving home tonight, look, I just got here I can take you home if you would like?” he said, and the slight concern in his voice immediately sent shocks within me. Boldly, I quickly exerted, “No, & no thank you. Bye.”

I expected a whole lot more than what he gave after that but was grateful our exchange didn’t last a second longer. I finally reached home, an old-style Victorian home that was all white on the outside, with black shutters. While the outside screamed minimalist, the interior was draped head to toe in vintage farmhouse decor, softened by the lustrous velvets and plush shearling covers that lingered on the light grey couch. By the looks of it, the house was fit for a family or at least more than one individual. The grounding warmth of covets dressing the house with such comfort made anyone feel instantly at home. I sat down by my fireplace arranged in the reading corner just to the right of the sliding glass. My usual spot where I felt the world melt away and I get transported to some other place in my mind where I wander through the trees searching for someone I used to know. Until my dream turns to sorrow and I see the person I’m looking for is me. Well, let’s just say you’re not who I was expecting.

I was awoken by the soft bright light of dawn, my favorite time of the day, always reflecting the beauty of new beginnings. In a simultaneous second, my thought was interrupted by the sound of the doorbell. So that’s what it sounds like. “Who the hell is at my door?” I whispered to myself. I hesitantly opened the door, and what the- “Hello, again” the dark brown hair that could pass for black, it was the same man who tried to help me last night. “Oh, it’s you…” I mumbled back, more curious as to how he was standing on my porch. A little infuriated he was here. “I hope you don’t mind I’m here... the bartender let me know your address, he thought you could use some company…Miss” as he slowly looked up at me with a grin on his face. I didn’t appreciate the humor right now because I had a well full of self-pity he was interrupting me from. “Well, then I hope he is independently wealthy because he has committed a crime and I have a great lawyer, so if you’ll excuse me-“ as I start to close the door- “You forgot your car key in the bar,” he said, laughing now, his eyes returned to hopeful when I re-opened the door. There was a moment of blankness, a common understanding, between us. Then with an automatic response, I eject, “Alright then, well have you had coffee yet?”

By the time we had finished our coffee and breakfast pastries, time had flown right by and it was already lunchtime. I knew it was this time because the sun had started to break over my favorite part of the house I now called home. Every day around noon the sun shifts and sets on the only picture I have of my former husband, on a top shelf that was part of the original architecture of the home. A dark gloomy spell came over me as I stared longingly at the photo, seemingly to forget I was in the presence of company. “Now remember you must continue to live on, you must remember to smile when I’m gone and how to play nice” those were the last words Carter said to me. He said the last part because he watched my heart slowly break as his condition worsened. I never used to have such a temper when we were younger, because life was bright and full of opportunity. And as we waited for the ticking clock of his life to expire, my mood worsened day by day, and he watched as the light faded from my eyes till eventually, the spark had run out of ignition fluid. “Hello, everything alright in there…?” Will said slowly, almost as if he understood where I had gone in my mind, and in the same second, I reluctantly returned to reality. “My apologies, um, sorry sometimes I get lost in my memory, anyway don’t let me keep you from your day…” as I started to trail off and ramble, Will abruptly interrupted me. He knelt down in the chair in front of me, ever so casually, and if this stranger wasn’t so gentle with me, I probably would’ve felt more startled. But I didn’t in his presence and now even having him so close to me, I felt for once in a long time, safe. “You lost someone didn’t you, and now your love has no destination to land, I understand that feeling. Because I share that same pain with you, and I understand how hard you try every day to fight the urge to disappear” he said stated softly, “I want you to know, I’m here for you and I want to be in your company if you’ll allow, and perhaps we can ease the ache for each other.” And when I finally looked into his eyes, to see deep into his version of reality, I saw it. The pain he was talking about he did share with me, and as I assessed this, my glance shifted toward the picture above the shelf, a small rainbow appeared across Carter’s smile. Almost as if he were watching, gifting me this stranger whom I could relate to and spend my time with. Someone gentle and understanding because they too have wandered in the same place as I. “Okay, thank you, then I guess I shall allow it,” I said as tears began to break down my face. We both started to laugh and cry, embracing each other’s warmth.

As I began to walk through the forest behind my house, the leaves crunched under my feet, and the rocks were slightly slippery on this nonchalant path of upstate new york. Leaves falling and cowering over the walkways and beaten path, I had never seen a season more beautiful than this. I was overtaken by the beauty and chuckled to myself, thankful for my life. The smell reminded me of hopeful beginnings, and I once more embraced the scent of the dewy mornings of this bright new autumn.

Hello. I am leaving feedback that perhaps can give you insight to how the reader reads the story. I would appreciate feedback that would provide a way for me to fine tune my writing. Hopefully you do too. First, my sympathies. I also know the harsh pain of losing someone. I enjoyed your story although I felt it needed some work on the transitions. To kind of lead the reader to the next scene. There was a lot of very beautiful imagery and great description. I liked the dialogue as well. It kind of pumped up the story for me and made me feel l...

Thank you for sharing this story. The descriptions were evocative and gorgeous. You have a wonderful sense of setting.

Ilexis, you created a wonderful opening for an inspiring story. Very well done and thank you for sharing.