Submitted into Contest #70 in response to: Write about a character who everyone thinks is guilty of something terrible, but isn’t.... view prompt 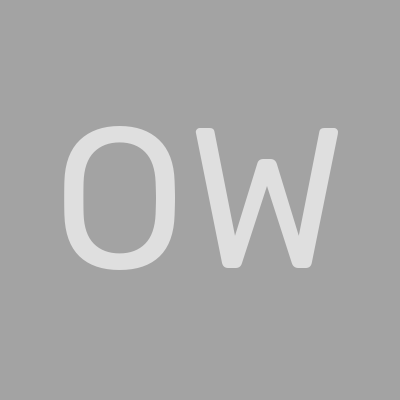 I will never forget the day Emma Patterson went missing in Lake Side County. It sent a wave of chaos throughout the small community, but no one’s life was turned upside down like that of Davy Romano.

I’ve been a cop for fourteenth years and this job, it never gets easier. It was a Friday night when I got the call; I was working the grave yard shift on patrol with my partner Benny.

The call came in as a possible suicide attempt, dispatcher gave us the address and since we were already on route we decided to respond.

We pulled up to the address a little after mid-night. The whole town was pitch black except for this one house that still had its porch light on. At the time I didn’t think anything of it but now that I look back at it that should have been my first clue that something was seriously wrong with this town.

The door was already unlocked when we got there so it was easy to let ourselves in. We called out for someone, anyone, but no one answered. I thought that was weird since someone obviously made the 911 call.

We search each room until we got to the bed room around the back and there hanging from his bedroom ceiling fan by an extension cord was Davy Romano. A few minutes later the place was buzzing with cops, news crew and the coroners.

Another thing I found weird was that a man basically just killed himself in their back yard and no one; I mean no one was curious. That night we knocked on door after door trying to get some answers as to why this guy killed himself but no one was talking.

It was the next morning that we would get a tip that threw the investigation for a loop.

I had just come into the police department late for my shift because my wife and I got into a bit of a quarrel about my son Johnny wanting to stay home from school.

As soon as I made it to my office there was a lady waiting for me. Her name was Julie, Julie Thompson.

I escorted her into my office, closed the door behind us and waited for her to say her piece.

She said she lived across the street from Mr. Romano; she had just moved a few days ago but came in first thing this morning when she heard the news of his passing. I was glad she came in too because finally I would get the answers I so desperately needed.

The first thing she said before she even began to tell her story was the name, Emma Patterson. I was confused at first because I was not able to connect how the disappearance of a 12 year girl had anything to do with the suicide of a 47 year old man but then I thought back to the background check we had done on Mr. Romano and everything made sense.

You see Mr. Romano was a registered sex offender, who had moved to the small town of Lake Side County to get away from the stoplight of the big city but it seemed he had not ran from his troubles but right towards them.

She said as soon as Emma had gone missing all eyes were turned on him; it seems someone had found out about his past and posted it all over the neighborhood. I listened carefully as she told me about the daily taunts, the egging of his house; how they broke in and vandalized his home and the constant protest they held in his front yard.

The more I listened the more I wondered if all these acts of torment and torture had finally push Davy over the edge to take his own life or was it his own guilt that pushed him to the edge. I took her statement and thanked her for taking the time out to stop by, since she may have just cracked the case wide open.

That same day I took a trip to the missing person department hoping to get more information on the Emma Patterson case. Hopefully I could answer the question that’s been nagging me since I got that called on midnight about Mr. Romano’s dead body.

It turns out what I would uncover that day would be a harder pill to swallow than the truth. The receptionist at the missing persons unit was not as forthcoming as I would like, she was basically giving me the run around. Luckily for me I had a guy on the inside, we use to be partners back in the day and let’s just say he owes me a favor or two.

Mike, my old partner got me exactly what I needed. I had all the information in Emma’s case file, everything was here; suspect’s witnesses you name it. The most shocking piece of evidence; was that they had a guy in custody for her abduction and possible murder. The guy’s name was Victor Armani, this guy was not Davy Romano, this guy was not the guy they tormented for days and he certainly was not the guy a whole community had driven to suicide.

I guess the old parable is true then, no matter how far you go; you can’t out run your demons. For Davy Romano his past life just caught up on him before it was too late, and he never really got the chance to make amends for his choices. Maybe he did, maybe taking his life was the only way he thought he could free himself of the guilt, maybe he didn’t kill Emma Patterson but the thought that he could have done it, maybe that’s what pushed him to take his own life.

But who really knows what made him do it, at the end of the day you live and die by your own choices and no one knew that better than Davy Romano.