It was the summer of ‘96. Everyone I knew was drunk on love, or just the idea of it. I had different plans, though. I had just moved out of my parents’ house and wanted to save for college. I got the job at the diner the next day.

There wasn’t anything especially eye-catching about the diner. The outside was plain and unassuming. Inside, black-topped bar stools lined the back counter, and the booths were red and cracking. The tile floor was black and white checkered, and it needed a decent mopping.

My first customer was Laura. She was young, maybe twenty, with hair so dark it made her look ghostly. She was pregnant, which was the first thing I noticed on her slight figure. She wore expensive clothes and jewelry, the kind that isn’t muddled by bad lighting. She had a huge engagement ring on her tiny finger.

She ordered a decaf coffee with a slice of blueberry pie. She stayed for so long that I checked on her five times to make sure she was okay. Her sapphire eyes held sadness; the last time I asked her if she was okay, she teared up. Her fiancé had cheated on her, and left her for the other woman. I abandoned my other tables to reassure and console her.

She left me her engagement ring as a tip, with her phone number. I sold the ring and bought myself a car, which I drove to see Laura. We were inseparable for two months, and she asked me to be in the room when her baby was born.

I still see her every once in a while, and we talk on the phone. Her son just turned twenty-four, and he’s getting married next year.

My most memorable customer was Daniel. He walked into the diner an hour before closing, and he was the only customer there.

He was wearing military clothes, though I couldn’t quite tell which branch they belonged to. I asked him what he’d like to eat, and he answered by asking me what my favorite meal was. I told him I like the grilled cheese combo, so that’s what he ordered. We chatted during his meal, but I didn’t think anything of it. He was very polite and respectful.

When I went outside for my smoke break, he followed me and asked me out. Before I said yes, he told me that he’d only be here for two weeks. I agreed anyway. He kissed me before I finished my cigarette.

I had the best two weeks of my life with him: we broke into the Y and went skinny dipping, fell asleep in the bed of his truck after shooting fireworks, and spent an entire day playing arcade games. He was unlike any other man I’d ever met.

He was sensitive and tender; if I didn’t know already, I would have never thought he was in the military. I really loved him, and I think he loved me, too, but we agreed to never exchange those promises.

When he left, I watched his plane take off, crying. He was the first man I ever loved, and he left a scar on my heart that never healed.

My most interesting customer was June. She drove up to the diner in a ‘75 Volkswagen van, that you could tell was once blue, but was so chipped and sun-bleached it could be mistaken as white.

She wore white platform boots, which was the most normal part of her outfit. Her tank top was patchworked, made out of thirty different patterned squares. She also wore a jean jacket with jeweled tassels hanging from the back, but it was obscured by her long, wavy, wheat-colored hair. Her bell bottoms were well-loved, and the holes were patched by the same patterns as her shirt.

She came right up to the counter and ordered a strawberry milkshake to-go. I complimented her style, and she complimented my beauty. We flirted a bit while her milkshake was mixing. She left with a wink, but came back later that night and picked me up in the old van. We got high listening to Janis Joplin and kissed until my shift the next morning.

That was the first and only time I ever saw her. I didn’t love her, but she did help me heal from Daniel. I never got to thank her for that.

To this day, I’ve never met someone else quite like her. Not many people can be so effortlessly unique, but she was one of the few.

My last customer was Corey. He came into the diner with three other guys, all dressed in black and red leather. He wore eyeliner, and had curly hair that fell into his eye when he first saw me.

The other guys slid into a booth, but Corey walked up to the counter, where I was taking payments. He smiled at me, the kind of smile that makes you stop and lose all the words in your head. We had an instant connection.

He told me he was in a band, and they were on their first tour. Together, they ordered one of everything. They weren’t sitting in my section, but I went out of my way to check on them. Corey was so captivating, I couldn’t keep my eyes off of him. The feeling was mutual.

As they were leaving, I yelled for them to wait. I handed my apron and name tag to my manager and finished the tour with them.

When the tour reached Las Vegas, Corey and I got a little drunk and wrote a song together. I was so in love with him at that moment, that we went into town and eloped.

That song became the band’s number one hit. Corey sang it to me last week when we celebrated our twenty-fifth anniversary.

I served hundreds of customers when I worked at the diner, but only four of them changed my life.

Only four of them took a tiny piece of my soul that they’ll keep forever. 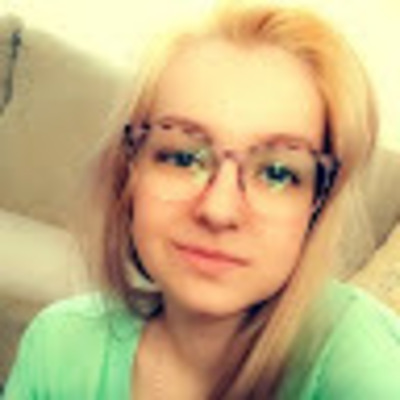 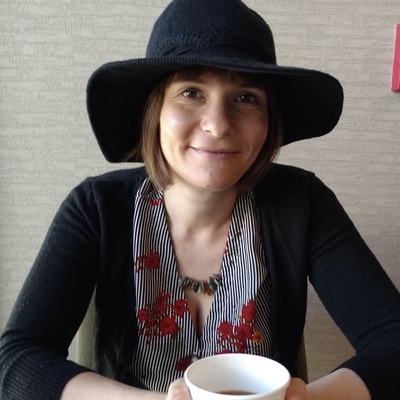 I totally thought this was a personal essay and I wanted to ask you all these questions like "Why didn't you see the guy in the army again?" This was interesting because, of course I thought it read like a personal essay--it's supposed to be one. By a famous musician. Kind of like Daisy Jones & the Six. I wish I'd known that with clues throughout the beginning. Maybe the title can be used in service of that as well. Anyway, still, I read this with interest, it has tons going for it. I was CAUGHT UP in those romances, I wanted to know MORE. H...

Thank you! I was born in 2002, so it was definitely not a personal essay, haha. But thank you so much for your input! I felt like the story was left a little unfinished (which was intentional), so I just went with a more generalized title. Thank you thank you thank you!