Submitted into Contest #146 in response to: Set your story in an unlikely sanctuary.... view prompt 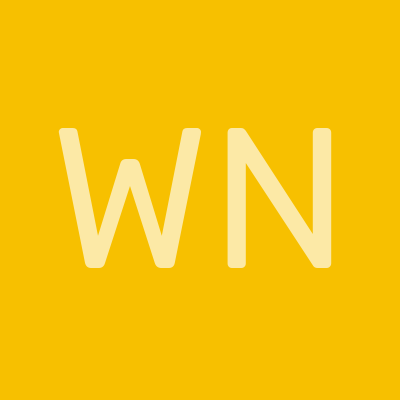 Paige sat herself down on the rocky riverbank. Her legs dangled over the edge, swinging idle over the torrent of water flowing by, and by, and by…

The sun had been making its slow descent, teetering down to dance along the horizon, the evening stretched out for a near-impossible number of hours by the northern latitude. Ducks splashed in the river, diving and rising to break through the water’s surface. A loon called in the distance, its echo bouncing off rock to be muffled by the pungent pine trees.

Paige fished a notebook out from the pocket of her worn-out black hoodie. She flipped through it, barely pausing to glance at the tired, desperate words. One-by-one, she tore out the pages. She flung them into the river, somewhere between resigned and angry. Most days gone by held misery, hopelessness; some held some semblance of warmth, meagre hours of joy, contentedness.

Footsteps came from behind, crunching twigs and moss underneath. “There you are,” said a soft voice.

Paige greeted the voice, spared her the effort of turning herself around. “Hello, Sara.”

“How can you come here?” asked Sara. “Isn’t this the place where—?”

“Yes, it is,” Paige interrupted, matter of fact.

Their words hung in the air, the silence beginning to burn Sara’s face. “I didn’t mean it like that, I just—"

Sara eased herself down beside Paige, the rock far from comfortable. They sat there in silence while Paige ripped apart her notebook, sending a slew of ink-scrawled scraps drifting down to the murky water below.

“I didn’t see you in school today,” said Sara. “I was hoping for some company; I had to sit alone at lunch.”

Paige shook her head. “You graduate in what? Two weeks? I got all my work done. I know when my exams are.” She shrugged. “I just didn’t want to be there.”

Sounds of ripping paper were accompanied by the calling loon, the splashing ducks, the water sloshing against the rocky riverbank. “You’ll keep it up in the fall though, right? One more year, then you can join me in the city for university. It’s what Derek—"

“I know what my brother wanted,” said Paige, rather stern. “Sorry. It’s just... Derek was so smart; he worked so hard, too. He really believed in education. He always said that our people deserved better. That didn’t stop him from hanging himself when he was home for the summer.”

They sat in silence again, admiring the beauty the stretch of the river offered. “What were you doing anyway?” asked Sara.

“I’m moving on,” said Paige. “It’s time I start living my life, see what happens next.” She sent the last soiled page floating, saw a fair number of pages remained. She tucked the notebook back into her hoodie— maybe she’d use it as a journal. She’d write some stories, or some poetry even.

“That’s good, that’s good,” said Sara, not quite catching on. She dared a glance behind her shoulder, spying Derek’s… tree. Nature offered an ample amount of makeshift gallows, it seemed.

Paige noticed Sara’s attention drawn towards “it”. “Weird, eh? There’s nothing written there, no wooden cross even. Nothing. My parents didn’t want anything there.”

“They miss him though, right?”

“Of course. My dad keeps it all inside, but my mom… I think… I think that’s the only time I saw my mom feel something.” Paige squirmed around, adjusting her weight on the cool rock. “I ran back to get them when I found Derek here swinging in the wind. My dad came and cut him down, then my mom cried. She kept rubbing at the mark on his neck, kept kissing his purple face. ‘My baby boy,’ she cried. ‘Come back to mommy.’”

“Maybe. You never know when he wanted to try, though. It was just a normal day, you know? We didn’t know how much he hurt.”

“I always thought…” said Sara, her voice straining. “I just thought… he would ask one day. I should’ve just told him how I felt. I miss him so much.”

The loon still called, distant. The ducks had floated downriver, the fishing here lacking. Mosquitoes began to whizz about, the evening growing long.

“It’s good we’re finally talking about this,” said Sara. “I can’t believe it’s almost been a year.” The silence threatened to return, though the conversation wasn’t forced, or awkward. It just… was.

Paige felt at the bumps across her wrist, scars always hidden by that worn-out black hoodie. “I wanted to follow him,” said Paige, drawing her hood up.

Sara blinked. Of course Paige had been hurting that bad. “How can you come here then? Of all places to hang out?”

“I don’t know. I guess I feel… peace here? Sometimes other things. It was hard before, never mind how hard it was losing my brother.”

“All the time. Even harder since Derek. My mom’s using again too, I think. She’s been acting funny lately. So, I like coming here.”

“I guess I can’t blame you. It’s beautiful. It’s not even that far from your house either.”

Paige stared at the water, brought her knees up to her chest. “It’s like I’m spending time with my brother here. I mean, I did want to follow him at first.” She looked to the tree behind them and back. “But guys are always so violent. They hang themselves or they shoot themselves. I could never do what Derek did. So, I tried pills once. A whole bottle, but I still woke up.”

Sara couldn’t hold any longer, her clenched eyelids giving into a flood of tears. “Did you stop trying?” asked Sara, her voice growing ever unsteady.

“Not right away. That’s why I started coming here. I came to look at the water. I thought I could make myself jump in.” Paige paused.

“But then I thought of my mom. I know she’s drunk most of the time, but still. I thought of the night I found Derek. My mom cried so much. I heard… drowning bloats you. I didn’t want my mom to see me like that, all swollen and ugly.”

Sara began sobbing. Paige laid a hand on her shoulder, a small comfort. “I can’t lose you either,” Sara said, voice a near whisper.

“Don’t worry, it’s better now. I feel good coming here now. Sometimes anyway. It’s like… I stare death in the face when I come here,” said Paige, her voice beginning to boil with anger. “It’s like I come here and tell death to go fu—”

Sara snapped out of her sorrow, laying a hand on Paige’s shoulder now. “Hey, hey,” she said. “If you say it’s better, I believe you. Just promise me I can trust you out here alone.”

“I promise,” said Paige, the anger already boiled away. “I like coming here to just… be. Sometimes I try pray, or something. But honestly, I just like… hang out.”

Sara looked out over the river, the opposite bank’s tree line losing its definition with the fading light.  “I guess it’s okay to feel those other things. Maybe we just need to feel… something.”

“Yeah. I mean, it is getting better. Each day’s just a bit better.”

They embraced the silence a moment, the loon well out of earshot now. “So,” said Sara, “am I on my own for lunch until grad?”

Paige chanced the tiniest smile, then gave into a fit of laughter; Sara joined her as she wiped and smeared her runny makeup from her cheeks. “Two weeks isn’t bad. Your first year of uni will suck,” said Paige.

Sara slung her arm around Paige, drew her in close. “We’ll take it day by day then?”

Paige shrugged. “I guess.” The sun dipped below the horizon, the beginnings of twilight now bathing Paige’s sanctuary.