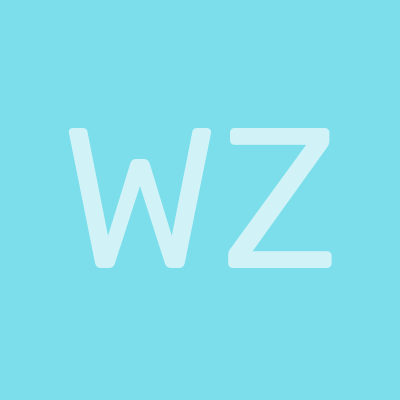 Jill stared out the window, gazing at the drab scenery passing her by. Or rather, that she was passing by, as the scenery was not strictly moving. The train she was on was speeding smoothly. It was a mopey kind of day, and Jill couldn’t bring herself to do anything but listen to the pitter patter of raindrops and take in the grayness of the landscape. She sighed. This trip was supposed to be a scenic getaway, taking the long-haul train across Canada from Toronto on her way to visit her cousin in Saskatoon. Instead, less than halfway into the two-day trip, she was already dying of boredom. At least the food was good, she thought, slightly depressed, as she polished off the remainder of an apple pie.

“Excuse me, ma’am,” a drawling voice startled Jill out of her mindless reverie. She looked at the intruder into her thoughts. Bushy white eyebrows, stark white hair, and a full beard and moustache covered the face of a grandfatherly hipster type. Quite the fashionista, she silently commented, taking in the pressed dress shirt, tartan vest, and meticulously kept Timbs. The look was capped off with a golden fedora and – no kidding – a monocle, out of all things.

“Can I help you?” She replied politely.

“I couldn’t help but notice your sigh. You do actually look like you are quite literally dying. I can see your heart beat slow, your will to live ebb away, and, oh, that tumour isn’t going anywhere, is it?”

Slightly shocked, she stared. “How did you-“

“Good eyes.” He tapped the side of his temple next to his monocle and winked at her. “Plus, this one helps. May I?” He gestured toward the empty dining table chair across from her.

“Go ahead.” She peered at him curiously. “Really, how did you know about my tumour?”

“Lung cancer, eh?” He ignored her question. “Looks like…Stage four, I see. That really is unfortunate. I’m sorry to see that. How was the apple pie, by the way? It’s my first time taking the train and I haven’t had a chance to sample the food yet.”

Taken aback by the sudden change in subject, Jill hesitated before answering. “It was good. Good crisp to the crust, served with vanilla bean ice cream. None of that garbage fake vanilla, but the real deal. Apples just a little tart without being too sweet. Could’ve baked it a touch longer, though.”

“Sounds good to me. Excuse me!” the gentleman flagged down a train employee. “Could I trouble you to fetch me a slice of one of those delectable apple pies and do bake it about a minute longer than usual.”

“Not a problem, Sir.” As he left, the waiter made to whisk away Jill’s empty plate.

“Leave it.” The old man motioned him away. “We’ll keep it for now.”

“How-“ Jill tried to start again.

Jill blushed. “Nobody’s ever said that about my eyes. I know they’re blue, but such a toneless grey-blue, that I’ve always thought they looked washed out.”

He waved her comment aside. “Pish posh. I couldn’t care less about the colour. I’m talking about the pretty insights behind them. I see those swirling pictures in your head. An artist, hey? Painters always have the most beautiful thoughts, though I am partial to charcoal myself. But I see your love for bright colours. Oh, this rainy day must be such a disappointment to you.”

“Somewhat. I was hoping to get some inspiration for one last painting. I appreciate warm colours, you know. Colours of…life. I love the way I can manipulate watercolours into art.” Jill was surprised to hear herself opening up. “Sorry, I didn’t catch your name.”

“Call me Jack, dear. Ah, here’s my pie.” Tucking his napkin into the neck of his shirt, he examined the pastry, lifting it carefully to check underneath. “Excellent, instructions have been followed. I hope you aren’t so full that you would mind helping me with this slice? I need to watch my figure, you see.”

Jill giggled a little. Jack was tall and slim, with not an ounce of extra fat on him. “If you’ll cut it in half, I’ll gladly try some. I kind of have a sweet tooth.”

“I know, love. Part of what makes you so pretty. I see those sugary pinks and blues filling up that little head of yours. Very nice images, by the way. That would make a lovely painting of a sunset. Do leave out the cherub, though, I implore you. Landscapes are always nicer without the intrusion of people.” He cut into the pie, neatly slicing it in half and transferring it cleanly to Jill’s plate. “Bon appetit.”

As they ate, he questioned her. “So you’ve gotten your affairs in order? Going to see family, I take it?”

Giving up on getting any information from him, Jill answered candidly. “Yeah, the doctor didn’t really give me much time left. In fact, I think I’m a little overdue, to be honest. My parents passed away a few years ago, and my cousin is all the family I have left. We aren’t that close, but I figure I should see her at least once more. She can’t leave home because of a new baby, and I’ve never been to Saskatchewan, so I figured I might as well go to her. I've also been a little lost for inspiration lately, so I was hoping to get some from this trip.”

“Quite right, quite right.” He nodded. “This apple pie is rather good, thank you for the recommendation.” Pulling out a small sketch pad from seemingly nowhere, he laid it on the table. “Now I know this isn’t quite the large canvas you must be used to, but will you humour me? I’d love to see those thoughts of yours in the flesh. I imagine you brought your watercolours with you. I don’t imagine you have quite much else to do on this trip.”

“Sure, what the heck, why not?” Jill shrugged. “You’re right. I’ve been bored out of my mind. But only if you tell me how you know so much about me. Do I know you from somewhere?”

Standing up, Jack wagged his finger at her. “Hey now, that would be telling. Don’t worry, I’ll leave you to it, and see you as the train brings us home.” Leaving behind only a few crumbs, he left as swiftly as he had entered, without paying his bill.

Thinking wryly that she had just been conned into paying for his pie, Jill left a few bills on the table and retreated to her cabin, taking the sketch pad with her. At first, unsure of whether she actually wanted to go through with it, she stared at the blank page. Recalling his comments regarding her health, her hand drifted to her side, and her mind briefly clouded. Suddenly shaking her head as if to shake away the negative thoughts, her eyes fell onto her paints, never far away.

The train, though normally a little bumpy, was surprisingly smooth for the rest of the evening. Jill worked, slowly at first, with long deliberate strokes. She was never hesitant while painting. Then, gaining momentum, she added more colours, more elements. Purples and reds, greens and blues, browns and yellows, they all came together in a smorgasbord of shades and tints, bright and pale, strong and soft. She normally veered toward tangible nature scenes, such as forests, mountains, and occasionally lakes, always trying to add in elements of life: a deer, a hawk, a fish. This time, no ground was in sight and she concentrated her efforts on the clouds, on the sky, on the fading light of the sun. Trying to get it just right, she worked through the night, spending the next morning on the little touch-ups that really make a painting come to life.

Exhausted, she finally flung herself into bed for a nap, letting the painting dry. Sleeping through the rest of the trip, the train finally arrived late that afternoon in Saskatoon. As the clouds finally broke and the sun peeped through, Jill slept peacefully.

Waking at a soft knock at her door, Jill opened it to see Jack gently enter her cabin. “We’re nearly there, love. I’ve come to see it. Is it done?”

Wordlessly, she held it out to him. Not needing his praise or his criticism, Jill felt satisfied. She painted for herself and whether a customer liked it or not did not bother her, as long as they paid her for it. She could tell, though, that Jack appreciated it.

“Beautiful,” he breathed. “As are you, my dear. Those lovely thoughts have returned full-force, I see. One last beautiful piece of work to leave behind. Now, shall we?” He held out a hand.

No longer confused or lost in wonder, she took his hand. Together, they stepped off the train.

When the train conductor came by to check on the cabins and ensure all passengers had departed, he found Jill lying peacefully in her bed, a still-drying painting of a warm sunset held lightly in her clasped hands. She had come home.