Sisterhood at the Laundromat

Submitted into Contest #31 in response to: Write a short story about someone doing laundry.... view prompt

Ten p.m. was no time to be doing laundry. Especially at the twenty-four-hour laundromat on the far end of town, fifteen miles from the garage apartment I’d been living in ever since fleeing from an abusive husband two states away. It had been ten weeks now, and, although I was grateful to be alive and safe, I wasn’t enjoying the perpetual tiredness that came from working at a minimum-wage job in a bustling café, and the after-hours responsibility for cleaning-washing-maintaining-bill-paying, and the isolation.

Before, I’d had a job as advertising editor for the local newspaper. I knew practically everyone in town and was friends with half. When Tim and I married, I’d wanted a big wedding, but he’d balked, insisting we elope. “I’m not a people person like you are, Terry. I want it to be just us.”

What an understatement that had turned out to be. Tim not only wasn’t a people person. He was inhumane to the point of violence whenever he didn’t get his way. How he managed to conceal this side of him until after I said, “Till death do us part,” remained an enigma, but getting away from Tim was way more difficult than I ever could have imagined.

Now, I sat in the laundromat, where faint odors of detergent and bleach didn’t quite erase those of body odor and sweat. Waiting for three loads to finish rinsing and spinning, I took stock of things in my new life. I didn’t have family support here, but my family knew I was safe, and someday I hoped I’d be able to see them again. I didn’t have the luxuries, but I had a roof over my head and three meals a day. I’d taken to skipping one dinner per week and using the money to see a movie matinee every Sunday. The one thing I lacked was company. Everyone in town was a stranger, or at the most, an acquaintance. I wasn’t sure if I’d ever be able to trust anyone enough to call them “friend” again.

When the first washing machine rolled to a halt, I opened the door of the adjacent dryer. Then something purple, sitting on one of the spokes of the dryer tub, caught my eye. I reached in and grabbed it, the still-warm sleeve of a t-shirt. I shook the shirt out, holding it by the shoulders. I flipped it around, so I could read the apple-green letters on the front: “My next husband will be sane.”

Amen to that, I thought. If I ever have a next husband. I set the shirt aside and gathered my damp laundry in both arms to transfer it from the washer to the dryer. I cleaned the lint trap, closed the door, and set the dryer on permanent press. I picked up the t-shirt again and laid it out on the bench beside me, pressing the wrinkles with my hands. I folded it with the same precision I used on my own shirts. Someone like me had been doing laundry here, a kindred spirit.

Had there been someone leaving when I’d come in, a half hour ago? I couldn’t remember. Or had I dozed off after putting my loads in the washers, and the shirt’s owner had come in and out to get her laundry without my knowing? Regardless, the saying on the shirt was speaking to me, telling me that I wasn’t as alone as I thought I was.

I tried to picture the owner, a brass-blonde with multiple rings on her fingers and toes, faded jeans, a sardonic smile. I wondered whether she believed what she wore on her chest, whether she was hopeful about the future, or was she trying to convince herself?

I smoothed the folded t-shirt in the center and at the edges, the green message glowing like a mantra. I wished it were mine—that I could put it on, as easily as I had donned a new identity, and wear it around town—to the grocery store or the movie theater. I wished I could be so open about who I was and where I’d come from. I envied the person who could do that.

My second and third wash loads had stopped by then, so I busied myself moving them to dryers. The noises from the next-door pizza parlor had subsided, and the shared parking lot was almost barren. My Volkswagen and one other car spoke of the late hour.

I touched the purple t-shirt again. Surely someone would miss it, come back for it. It’s just a t-shirt, I repeated to myself, but somehow, folded neatly on the bench next to me, the garment had taken on super powers. It made me think of my teenage days, hanging out with saucy friends, who dared to challenge their parents or teachers, girls who took failures on their chins and bounced back with resilience and verve.

I remembered a time, long-forgotten, when my boyfriend had broken up with me, and the next night I’d gone out with his best friend, who turned out to be the nicest of all the guys I dated. Maybe there were good times ahead for me, even now.

Slumped on the bench, I let my eyes close, while the hum of the dryers enveloped me. The first one dinged around eleven-thirty, and I began folding my warm sheets and towels. I fought the impulse to put the t-shirt into the laundry basket with my own.

A few minutes later, I was folding the last load from the dryer, when a bedraggled woman staggered in, carrying a pile of dirty clothes. Her face and arms were swollen and bruised with the all-too-familiar shade of deep lavender that would soon blossom into dark, ugly color. I cringed inside, feeling her pain. My bruises were the invisible kind now.

“You done with these machines?” she asked, not making eye contact.

“Just finished with my last load.” I gathered my piles of clothes into a neat stack and loaded it into the basket. “It’s a good feeling—clean clothes. Almost like starting all over again.”

The woman’s eyes landed on the purple t-shirt, then traveled to my face. “Don’t forget your shirt,” she said, the hint of a smile crimping the corners of her mouth.”

I could have taken the t-shirt then, folded it into the stack of warm clothes and driven away with it. I could have told the woman the truth, that the shirt wasn’t mine to take, that I was leaving it in case its rightful owner came back for it. What I did, instead, on impulse, was hand the shirt to the woman. “I want you to have the shirt. It’s a present.”

Stunned, the woman started to speak, but I lifted my laundry basket onto my shoulder and sprinted to my car, feeling lighter and freer than I had in years. 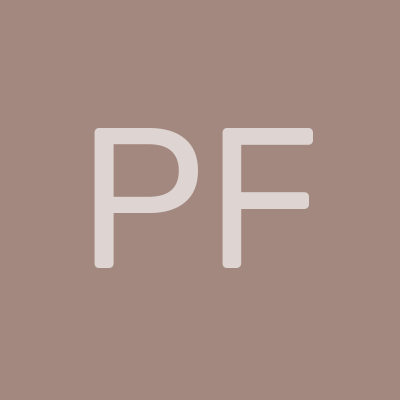 Saralyn, I really love this story! Tight, well written, and with a good balance of loneliness, empathy and hope. Thanks for sharing it.

Thanks, Peter. I'm glad you see all those things in the story. :)