Someone To Care For

Someone To Care For

My buddy Natalie can't see the purpose in you. She claims that all you do is burp, fart, dribble, smile inanely and make a series of incomprehensible sounds. Admittedly she hasn't seen you at your finest, but I still think that's a bit harsh.

The first time Natalie came to visit, you were sleeping on your back, gurgling tiny spit bubbles, a little strand of saliva running down your chin. Natalie simply looked at you as if you were a monster from another world. She made no secret of the fact that she wasn't impressed.

The second time she came to visit, you crept across the carpet towards her and vomited on her expensive new shoes. I attempted to make light of it, explaining that it's mostly just liquid and washes off quickly, but she really did seem pretty horrified.

Natalie loves being a professional woman, running between appointments in her power suit and holding her Starbucks Coffee and laptop. She's never desired a spouse or a kid, but if she could see you on a good day, I'm sure she'd feel otherwise. If mom could see the way you clap your hands and scream with delight when Scooby-Doo appears on the television, then she'd find you just as lovely as I do.

Instead, she thinks you're stinky and have a weird looking skull. She looked horrified when I mentioned you enjoy putting your toes in your mouth and finds it strange that you're constantly gazing eagerly at my breasts. It hurts her even more, when you stare eagerly at her breasts. I attempted to explain that you're a guy and that's what men do, but she wasn't having any of it.

If I'm honest, I believe you could have made a little more effort when Natalie first visited our home. I realize it was the morning after Spongey's stag do, but I thought you could have at least dragged yourself into the bedroom instead of laying splayed on the couch in a curly wig, a pair of women's shoes and a t-shirt with a picture of Spongey's naked bottom on the front. If you'd had some pants on, it might not have been so terrible. Natalie and I were comfortable enough sitting on the wooden chairs. Still, it was very distracting to have you snoring over our discussion, and I believe Natalie was a little uncomfortable when you began muttering and playing with yourself.

When Natalie departed, giving me a kiss on the cheek and a look of sympathy before hurrying off for an appointment with her personal trainer, I removed your stilettos, covered you with a blanket and wiped the saliva from your chin. Later, when you woke up screaming about a pain in your head which you thought must be a brain haemorrhage, I calmly explained that you had just drunk an excessive quantity of alcohol. I then sat by your side, holding your hand and caressing your forehead in an attempt to comfort you. Three days later, after you had recovered, I firmly repeated this connection between beer and pain and stated I hoped you had learned your lesson. You felt guilty, swore you wouldn't do it again and then immediately went out and got drunk.

I'd secretly hoped that things would be better the next time Natalie came to visit. I felt she would like you more if you had your pants on and were aware. To be fair, you didn't let me down on any of those counts, but if I'm going to be fussy, then I wish you'd been sober and hadn't vomited on her.

I thought that when I told you she was coming for supper, you would return home from the bar before ten o'clock, but of course, you ran with Spongey down at the Queen's Head, and the two of you decided to celebrate the fact that you were wearing the same socks. I realize how vital these things are to you, and I do appreciate the fact that you called me from the bar six times with a series of horrible excuses, but could you not have come for the Chicken Chasseur I had prepared? Instead, you fell through the front door three hours late, greeted Natalie as Bob crept towards her on all fours and then vomited up all over her feet. It washed off exactly like I thought it would, but I don't believe it made Natalie like you any better.

Once Natalie had gone - which she did at great speed - I cleaned up the mess and set you down at the kitchen table. You gripped my fingers firmly and attempted to put one of them in your mouth, mistaking it for the digestive biscuit I gave you. I should have been angry, but as you smiled foolishly at me, your lips covered by biscuit crumbs, my heart melted, and I forgave you. At the end of the day, whatever horribly you act, you're mine, and I still love you.

I can see why Nathalie thinks you're an idiot, but it's simple for her to judge. She already has everything she ever wanted. I never desired the impressive job title, the sports vehicle or the huge, showy home. All I ever truly wanted was to be a mother. You may not be the most intelligent guy in the world, but you have a decent heart and all the other essential components to enable me to realize that goal.

I know precisely why having a kid is so essential to me: I want someone I can take care of. I find it amazing that another flailing, defenceless human being might depend on me to care about them. Babies are so utterly unable of caring for themselves, so reliant on others for their health. From their incapacity to regulate their physiological functions to their inability to utilize their small underdeveloped minds, they are so utterly worthless without someone to care for them. I want to be needed like that.

Natalie replies I don't need a baby to achieve my goal. She says I'm already there.

I have no clue what she means. I simply don't believe these professional ladies comprehend. 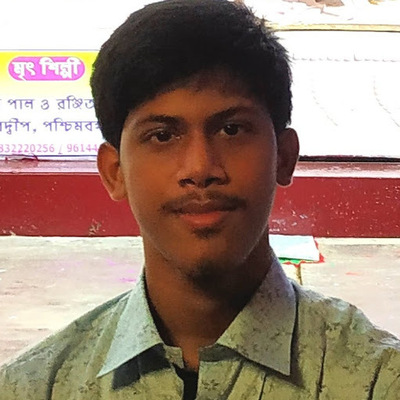