Submitted into Contest #113 in response to: Write a story about a character who interprets people’s dreams.... view prompt

Every day I seethe with throbbing heat. I can hardly breathe the stifling air that invades my lungs and fuels the desire that burns through my body day and night. The mere sight of his strong form makes my heart clench like a fistful of anger and frustration. His dark, gentle eyes serve my needs but never quite meet mine and his smile is correct and deferential, never shapes to fill the hollows of my hunger. What more can I expect from a Hebrew slave?

This Yusuf is no ordinary slave like the dull-eyed minions who toil in the fields or shuffle sullenly around the villa. They say this young man had dreams that foretold events of misfortune and good fortune alike. My lumpish husband had heard that the youth's dreams of overreaching arrogance wrecked his otherwise uneventful life as a shepherd in that barbaric land they call Canaan.

The youngest of twelve quarrelsome brothers, Yusuf was the favorite son of their father. Apparently, the boy told his brothers of his various dreams in which they bowed down to him. First he dreamed he was the moon and they were lesser stars around him. In another dream, he was a large bale of wheat and they were smaller sheaves, again showing obeisance.

I had no sympathy for him in that light. What fool would stoke the fire of those simple-minded mutton-eaters with dreams that fueled them to murderous rage? The final insult to them was a coat their father gave to Yusuf, woven of expensive dyed cloth and boasting actual sleeves. Who could wield a shepherd's crook dressed like that? It's no wonder their tempers boiled over and they threw him down a well, leaving him to die. They dipped the torn coat in animal blood and took it to their father as proof that he was dead.

All that was ancient history to me, a boring cautionary tale. My husband acquired Yusuf along with other slaves when he needed more labor to work his vineyards. The sickly, starved youth barely stood out among them. But soon better nourishment filled out his frame and cleared his sharp mind. His superior strength and facility with numbers caught Potiphar's attention. He pulled Yusuf from the fields and brought him indoors to manage the household. Before long, Yusuf became the head steward in charge of the kitchens, the practical chores and the daily comfort of my attendants.

And me. Despite my high status, I am merely chattel, bought for my beauty to burnish my husband's reputation as a tough Captain of the Guard. Pharaoh's men follow his every word of command in war and at home. I am nothing more than an ornament, a bird frantically beating its feathers against the bars of a golden cage, too distressed to sing.

Nobody knows what- or rather, doesn't happen - between us the night. Potiphar's manhood had been wounded in battle, leaving him a mere shell who barely talked to me. By the time Ra's first fingers of light reaches through our stone window, my husband is gone, unable to look me in the eye. Every day I face long empty hours with my bored attendants who scurry to bring me scented oils and pots of kohl to make my eyes mysterious and alluring-- for nobody.

Until this Yusuf came. I find every excuse to clap my hands and send my women to summon him. Help me learn to write like a scribe, I say, batting my eyelashes at him. I barely listen to a word he says, too busy watching the movement of his lips as he explains the hieroglyphs he had learned in the past three years. His long fingers stroke the signs on papyrus, and sometimes he even guides my hand with his. I can hardly sit still, tingling at his touch.

At night I lie on my couch and twist about in the heat, tortured by dreams of pressing my body against his, putting our feet and heads together in feverish passion. I awake and weep with bitter disappointment to find they were only dreams. Then one day I clench my teeth and vow to make those dreams reality.

I feel as if a boiling cauldron is spilling over inside me as Yusuf and I sit in the courtyard outside my rooms, Ra's noonday heat sizzling on our heads. He is reading to me from a thick book that he carries everywhere. He calls it a "Bible" and insists that unlike our many gods, he worships only one, called "Yahweh."

I shrug off his earnest teaching, not caring a fig for his lonely god. I am too busy listening to his musical voice and feeling it jangling on every nerve in my body. Sweat stands on his brow, and he pauses to wipe it every now and then with one muscular forearm. His curly red hair, so unlike our straight black locks, falls in his eyes as he bends his head over the scroll.

I shift on the bench and feel my linen gown clinging to my thighs as if I've been swimming in the fountain that sparkles before us. But this is no ordinary wetness. I seize Yusuf's hand and the scroll spills to the ground. He glances up, startled, and I se his dark eyes taking me in with astonishment and maybe even dread. Surely he has sensed my longing that has tugs at him like a silken rope those past weeks.

"Yusuf," I manage to murmur in a velvety voice. "Yusuf...come lie with me." There. I have said it aloud. My face burns and my heart pounds like a stonemason's hammer. Will he yield to my fierce blows?

I see him swallow hard, and feel his hand shaking in mine For a moment the world closes in on us and fulfillment hangs in the balance. I hold my breath as I watch him struggle to speak.

"No, Zuleika," he stammers, using my personal name. It makes me want him even more. Then, as if remembering his station, he blurts, "No, my lady, I cannot." He yanks his hand away and leaps to his feet.

Frustration bubbles up in me like the fountain. "Can't or won't?"

"Both." He hastily pulls down his kilt over his strong frame, hiding the evidence of his lie. I see the spirit of Osiris having its way with his flesh.

He speaks and at first I barely hear him. "Your husband, my master, has entrusted me with you and his whole household. How can I betray him?"

I reach for his clothing, throbbing with need. "Please, Yusuf. I know you want me. I can make both of us happy."

But he shakes his head and stumbles backwards. As a reflex, I clench my fist around his kilt and it falls to the floor. O blessed Isis! She shows me his full strength, and she will not fail me now.

His face the color of ochre, Yusuf lunges for his kilt but I grip it, too enthralled to yield it back to him. His power to please me looms mere inches away, but he will not come closer. Instead, he utters the cry of a trapped animal and flees from the courtyard, dodging between the other slaves. Astonished, they turn to stare but he is soon gone from sight. I hear them snickering amongst themselves. If I weren't so angry at Yusuf, I would order every one of them whipped.

I find myself still clutching Yusuf's kilt. It smells of him, of his mansweat and his own desire. This is no dream. How dare he deny me?

He shall be punished with nothing short of death. I open my mouth and scream.

My enraged husband is not enraged enough to execute Yusuf on the spot, as is the custom. I think in his heart he cannot bring himself to kill the young man he has trusted. In fact, his trust in my word has shattered.

Instead, he merely sentences Yusuf to prison. While there, I hear that Yusuf interpreted strange dreams of two of his fellow prisoners. One of them, a baker, dreamed that in three days, birds would eat his bread.

"I am afraid it means you will be hanged in three days." The poor baker wept, but the nightmare came true and he was indeed executed.

The other prisoner who told his dream to Yusuf was Pharaoh's cupbearer, accused of trying to poison our divine ruler. In any case, his name was cleared and he was restored to his position.

"Would you mind putting in a good word for me?" Yusuf asked the man, but he forgot.

Then I heard that Yusuf interpreted strange dreams of Pharaoh, who had been tormented by dreams of seven lean cows eating seven fat cows. If that weren't odd enough, our ruler dreamed of seven blighted ears of corn eating seven full ears of corn. How can this be? None of the magicians at court could make sense of it.

The cupbearer finally said, "O divine one, I do remember a fellow in prison who can interpret dreams most accurately."

"Fetch him at once!"

And so they brought Yusuf to court, all ragged and bearded from years in prison. He told Pharaoh that the seven lean years would stand for famine in our land, but then seven full years would follow.

"I can manage your grain, sire," said Yusuf shrewdly. And so our delighted divine ruler placed the former Hebrew slave second-in-command over all our land, and gave him a new name, Zaphenath-paneah, which means "the god speaks and he shall live," in our tongue.

Now my would-be paramour rules in splendor, with an Egyptian wife and two sons. I see that his god, that Yah-weh something or other, has smiled on him with favor.

Meanwhile, I live in exile far from court, in a decrepit villa. I have only two slaves who serve me. Their sour faces are like grapes withering on the vine. Like my dreams. My golden cage has rusted and closed around me forever. 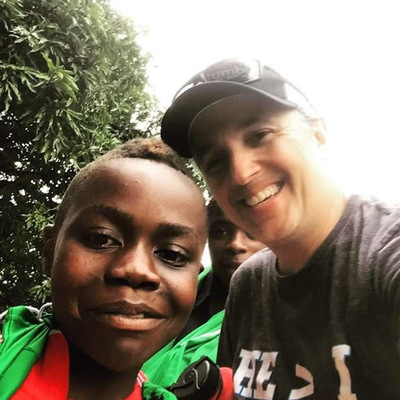 Always good to see Christ-Followers in the mix on here. Press on!