Submitted into Contest #10 in response to: Write a story about two friends who have a knack for understanding each other better than anyone else.... view prompt 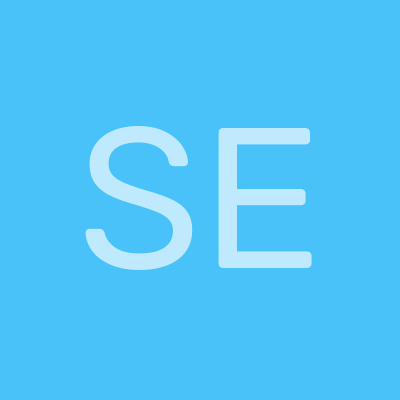 4:02, thirteen minutes before she gets off work. Countdown to my crazy check. Deena’s the only one who can tell me if I’m within bounds or totally off my freaking rocker. I do the same for her when needed, but lately the scales have been tipping heavily to my side.

4:04, why is the clock moving so doggone slow? Can’t sit in front of his house forever. But I need to know if he’s in there…with her. Two cars in the driveway. Lights are off. At least as far as I can see from here.

How could he? It’s only been a week and a half since we ended it. I’ve barely gotten rid of my empty Ben & Jerry’s containers and he’s already moved the hell on. Did I mean nothing? Did we mean nothing? Two years of lovemaking, laughter and promises and he just moves on?

4:11, okay Sahara, you can do this. My nails clicking against the steering wheel in time with my shaking left knee had a somewhat soothing affect. “Breathe, breathe,” I continued to self soothe. Felt like my heart would jump out of my chest, honk the horn and blow my cover if I didn’t get it to slow down.

4:14, pressed my thumb against the home button to bring my phone to life. Tapped recent calls and hovered. What if she doesn’t answer right away? What if she’s working late?

Exhale, “Whew, thought you were working late or something.”

“No, just moved my time card. Heading out. You okay?”

“Umm, that’s kinda what I need you to tell me.”

“Where are you?” I could hear the concern rising in Deena’s voice.

“On Mitchell’s block, a few houses up from his.”

“Because I need to know what he’s doing?” I blurt out.

“What or who?” I could hear Deena’s sensible work shoes clicking as she walked to her car.

“Both.” I exhale slowly again. Wish she didn’t live 530 miles away. Then we could just go for a drink and laugh this mess away. The mess that my life has become.

“Sahara, you have to leave that man alone.”

“I’m not bothering him. Just want to talk to him. See where his head is.” Hopefully not between that chick’s legs.

“And give him another opportunity to hurt you? Did you make it to work today?” Her voice softened a bit with the last question. I flashed back to calling her last week from a fetal position on my living room floor. Salty tears and snot mingling as I lamented the end of what I thought would be forever.

“No, I just. I don’t know.” I took a breath and closed my eyes. “I drove past his restaurant yesterday and saw him talking to some chick.”

“Seemed like it from the way he was leaning in. Like he was hanging on to every word. The way he smiled. Like he did when we first got together.” I wiped away the tear sitting on the edge of my lip.

“Sahara.” She said my name in a whisper. The calming voice that motherhood had gifted her. In the old days we joined each other’s battles. Got each other riled up. These days Deena was the calm to my storm. “You’re better than this,” she continued. “You deserve a man who recognizes that and appreciates you.”

“Maybe he did for a while. He certainly seemed to from everything you told me.” I could hear her turning signal in the background.

“I just want to ask him why. What I could have done differently.”

“And what will that accomplish?”

“So, you’re sitting in front of his house waiting for him to come out and discover you?”

“I know where he keeps the spare key.”

“Sahara, drive away now.” The stern side of her motherly voice made a return.

“I keep telling myself I should.”

“Now I’m telling you. Go home, go to the mall, something. Stop wasting your energy on him.”

“Okay,” I turned my gaze from his door to the kid riding his bike down the tree-lined street.

“I don’t hear your car starting.”

“It’s still breaking and entering if you use the spare key without consent. And what if he does have another woman in there? Then what?”

“Then he has to make a choice.”

“Honey, he already has.” My bestie’s voice cracked a bit as she reminded me of my pain. “Go home, blast some Alanis Morissette, scream him out of your system.”

The thought of screaming the lyrics to You Oughta Know forced a glimmer of a smile to my face. “Okay, maybe that’ll help.” I straightened up and reached for the seatbelt. “May need to pick up a bottle on the way.” I flipped the visor down to check my face in the mirror.

“Did you already drink all of the reserves you had in the house?”

“I plead the fifth.” I wiped away the remnants of my tears and pushed the start button to bring my engine to life. “Okay D, I’m good.”

“You sure?” The commotion in the background meant she’d arrived at her son’s after school program. I didn’t want to impede on their time.

“Yeah, thanks for talking me off the ledge, again.”

“No thanks necessary. Call or text me later.”

I shifted into drive and exhaled again before moving my foot from the brake to the gas pedal. And then his front door opened. She stepped out. Tall, curvy, brown-skinned with thick curly hair. I was so focused on him yesterday that her details were just a blur. The man definitely has a type.

I pulled out of my parking space. Out in the open now. She laughed and flipped her hair suggestively, looking back inside the house. I crept forward. Mitchell appeared a step behind her. A grin spread across his face. I could floor it. Mow them both down on his front lawn.

Deena’s words invaded my thoughts. Then what? Then I get to be the crazy bitch in handcuffs. No thanks. He looked in my direction barely a split second after I chose to save his life. I slid my window down just enough to make eye contact. The smile faded from his lips. I gave him the finger, flipped my own head full of curls and depressed the gas pedal. I deserve better. And I’m here to remind you.