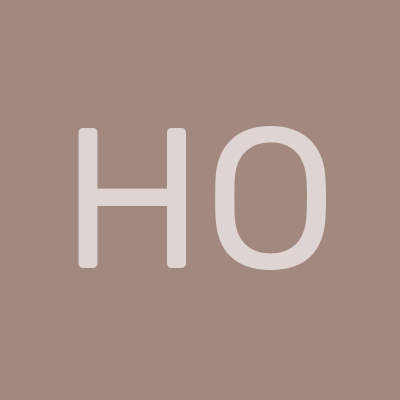 Case stuffed her face. She rummaged her fridge, for anything. Banana pudding, in particular. She could taste it. The downshift version in her fridge didn't taste quite right, but it was still pudding. A good-sized pan of it. She took a few spoonfuls, which somehow emptied three fourth the pan. No no, it didn't taste right... She swallowed some more. Eventually, it'll come. She felt bad because she forgot what taste she was craving, in the mess, but eventually, it'll come.

Her roommate, an older woman, shuffled into the kitchen.

"You're lying to yourself," The woman sighed, "Trying to find that nostalgic flavor, indulging yourself on similar things. Those replicas, they never taste the same. They just don't hit right."

"You're driving yourself to ruin." Mariann sighed again, "He's gone, honey. You need to deal with it."

"No!" Case screamed, whirling around, cream on the edges of her mouth, and there were tears down her face. "Don't you say another word about him!" She pointed, sniffling, "Don't you DARE!"

Mariann was silent for a second, with her white hair in curlers, leaning on the counter. She was stout herself, Case wasn't that fat. And it didn't matter, anyway. She went to the sink and washed her face. "I'll go get a drink."

Case spat, bypassed her roommate into the living room, then she stepped into her respectable bedroom. Messy. That was her life without him, smashed out of routine. There was a photo of them, on her bedstand. So happy and full of life, with blonde hair. He was her world. Now she had nothing but her badge, dealing with criminals, and the interrogations. She went to the bathroom, threw up all the gunk she had eaten. It was like that every time. She put on a coat and went out the door, locking in Mariann, who watched TV like nothing happened. It was like that every time.

The normal bar wouldn't do for tonight, Case needed a rowdier one. So she could feel something. She walked downtown, to the pub by the marina. There were a bunch of motorcycles parked out, the big fancy black ones. Some had skull and bones, some had strings hanging off the bars and second cars behind them. Case had to shove her way through the front door, barely found a space where she could sit, but at least it was at the counter. Next to some guy with long black hair, and a bandanna. Leather jacket. Case looked at what drinks were available.

"Heh. And what about the BlackWing?" Someone said.

The man next to her scoffed, a smooth voice. "Well, they kicked me out." He took a sip, "Their title is crap, anyway."

The other man laughed. "Mind telling me how?"

"Must'a pulled one on the founder's wife, I'm bettin'. Just like you used to tell me."

"Something like that. He had no idea for a good three years."

"Nah, he'd turn me into a ghost if I ever tried that. You're brave."

The man next to Case chuckled.

She ordered a drink. Didn't want to assume that these men were criminals but by the looks of things, it was definitely on the table. She felt the man next to her turn. "Huh. Tequila?"

She blinked at him, then shrugged. "Yeah."

"You don't seem like you can handle strong stuff. It's an eighty proof."

"That's none of your concern."

She looked at him again, surprised, because she wasn't by any means a hot girl, and he seemed pretty macho. Then she shrugged again. "As long as you don't slip anything in my drink. I'll let you know, I've had a breakup a while ago."

"That sounds perfect then."

He blinked. Pretty green eyes, slight stubble. "I'll be honest and say I don't intend to find out. I'll still buy you that drink, though."

The man next to him patted his colleague's shoulder and left, while they had their drinks.

"I wouldn't say that's my profession, but you can say that." Her new date said.

"Hah. What DO you do?" Case leaned her head on her hand.

"It's not, I just had it legally changed. Needed a break."

"I guess you can do that." Vance shrugged, lifting his mug, "So, what is YOUR profession, Case?"

"Yoga instructor." She lied. It was really detective, and part-time ghost enthusiast.

"Huh." Vance glanced around the pub, then he leaned in close to her ear. "I can show you, if you want. It's getting stuffed in here, how about a bike ride?"

"Why not." Case agreed, and she proceeded to leave with him. He introduced her to his bike, shiny and black, with a heart and arrow on the flank.

He chuckled, already having got her. "I know the perfect place. Let's go." He got on, and Case mounted behind him, grabbing onto his leather jacket. "Don't go too fast."

"We'll see about that." He whispered, "You just hold on."

The engine was loud, and they sped off into the night, with Case half-drunk. Despite being a cop, she hadn't told Vance about driving drunk. But he was tall, and much bigger than her, so maybe he wasn't drunk. She wasn't thinking straight, so she laughed. They stopped at a bridge, parked on the side, and walked down the sidewalk, bypassing people fishing from the bridge. Case hung on to Vance's arm, and he gave her a cigarette. It made her eyes red.

"Hey," She said, gripping him tighter and pointing at the water, half a mile away, "Let's go there."

So they got to the beach, and she teased him with promises of kisses. She knew he knew she wasn't going to deliver, though. But it was fine, so he said, he just wanted some company, was bored. Case respected him for that. They smoked more cigarettes as the moon died away, a tiny crescent in the sky. "The truth, Case," Vance said, his breath gray, "I'm in a gang."

"Eh. Thanks for the company. You're quite interesting, but I'll be honest, I wouldn't pick you up again."

"That's fine. Thanks for the drinks."

He raised his hand, and stood up to leave. Suddenly, he grunted and fell, sprawling onto the sand.

"Oh no," Case said, standing up from the bench, "Are you alright?"

He laughed. "Just tripped. Ah-" He tried to stand up again, but couldn't. "Augh," He grimaced, touched his right boot. Sounds of pain.

Vance took off his boots, and steam came out of them. His toes had evaporated. "Ahh!!" He screamed, his feet flat and red at the ends.

Case smirked. She'd slipped something in his drink earlier.

"What have you done to me?!" He cried, looking up at her, pleading.

"You're a ghost. I turned you into a ghost. No gangs in my city." She showed him her badge. "You're going to jail."

Sad, because he was such a decent man.

Case felt a sizzle behind her. She turned, eyes wide. It was a little ghost boy, blond, but not happy. Her son. "B-Baby!!" She exclaimed, "Baby you're here!"

But the little ghost boy glared at her. She could see the sand right through him, and he glowed. She could taste the banana pudding again, the last thing she'd treated him to.

"My son!" She kneeled, placed her hand at his nonexistent cheek, "You remember, right? You're my son. I love you."

The boy still glared, and Case teared up. There was a gust of wind and then he was gone, her son, just like that. She fell to the floor, sobbing, "My baby, my baby!"

She paid no attention to Vance, who was toeless and bleeding, and he glowed too, swept away by the wind with a scream. She was all alone on the beach, empty drug silo in her pocket and she threw up, again, but this time crunched up cigarettes and broken glasses, and her mouth burned and bled. It turned cold, suddenly, with the ghosts gone, and she stayed there limp on the beach long before any help came.