Submitted into Contest #118 in response to: Your character picks up a fallen leaf and can’t believe what they discover underneath it. What happens next?... view prompt

It’s still dark out when the call comes in. Some dog walker got a surprise on their morning jaunt, their prized terrier sniffing out a body laying a few feet off the street. The sun’s just peeking its rays out by the time Officer Blake gets out of the car, feeling a little tender from his 4:30 start and no coffee to comfort him.

Muddy leaves practically carpet the sides of the road, colouring everything in muted browns. There’s a fine sheen of frost on the ground already, like winter decided autumn wasn’t dying fast enough for it. It's only just gone November, some people still have their pumpkins out, but Blake can already feel it’s going to be a long winter. His limbs ache at the thought and he lets out a huff, clouds spilling from his mouth. The flashing lights of the cop cars have already drawn some onlookers, more dog walkers, joggers and the like. Damn morning people. Blake eyes the still closed deli across the way, craving something to sink his teeth into, preferably something hot.

He gets to work, making the crowd back up as he and his fellow officers set up a barricade around the scene. The bright yellow police tape goes up, a garish warning not to get too close. It doesn’t stop comments from the peanut gallery.

“What’s going on?” a disgruntled jogger asks, “Has there been an accident?”

“Dunno,” responds a rather rotund gentlemen with a chihuahua tucked under his pudgy arm, “Some cow got drunk and froze, probably.”

The chihuahua gives a snarl when Blake passes.

They’re not wrong. One of his favourite bars is just round the corner from here, so that drunk theory looks likely. If there’s one thing you learn on the job, it’s that it’s never too early in the season for frozen drunks.

Blake hasn’t spared a glance at it yet, but he does now. They’re still waiting on forensics and their plastic blue jump suits, so all that’s visible of the body are its limbs sticking out from under a pile of leaves. Smooth and so pale they’re practically blue, Blake guesses it was a woman from the ripped, sheer stockings and high heels. Long brown hair lies plastered down to its skull, completely obscuring even the tiny part of its head you can see.

Nah, someone sleeping still has life in them. Movement, breath and a fullness no dead thing can get back. His fiancée Gilly snores a little, twists her lip and moans when she gets too cold, snuggling in closer to him.

When people actually see what’s left of their loved one, it's just a husk, meat for the coroner to stick his knives into. Something foreign, unrecognisable to the living.

Blake almost jumps. On his left is Detective Jack Weiss, black bags under his own eyes. He holds out a Starbucks cup.

“Thanks,” Blake accepts the cup gratefully.

Weiss is a good sort, got promoted before Blake, but still invites him over to watch a game. He even brings coffee. Black, two sugars. Blake takes a gulp of the scalding liquid, the warmth traveling down his throat in delicious ways.

Weiss snorts derisively, peering with contemplation at the corpse.

Blake shakes his head, ignoring the slight burst of irritation at the term. The forensics team chooses that moment to appear. Weiss goes off to say something to them briefly and a few minutes later they’re both finishing off their coffees while they wait for the things to get checked over.

“You and Gill still coming round tonight?” Weiss asks, sipping his latte, “Mary’s keen for a catch up.”

Blake winces a little, heat rising to his cheeks.

“Not sure,” he admits, “Gilly and I had a fight yesterday, she’s at her mom’s again for a bit. Figured I’d let things cool down.”

“Something like that,” Blake agrees. It had actually been about her engagement ring. She almost lost it and was angry he hadn’t taken it to get resized yet. The whole thing was stupid and had blown up bigger than it should have.

But in truth, Blake might enjoy their fights a little too much. The way her chestnut hair gets that red sheen in the right light and her cheeks flush up in anger. She never looks more alive than when she’s angry, a firebrand hotter than the sun. In those moments, Gilly just shines. He’ll be in the doghouse for a couple of days, but the make up will be worth it.

Maybe he’ll call her tonight, get the whole process started.

Weiss grins at him, shaking his head.

“Pair of hooligans, you two,” he comments fondly.

Blake laughs along and then Weiss is finally getting called to take a look at the body. He watches his friend go before turning to check the barriers again. He’s close enough to see what the boys in their blue jumpsuits and masks are up to and doesn’t like to be caught staring.

As he turns, his boot hits something. A spark of metal catches his eye just at the same time as his step sends it flying across the icy ground. It disappears in the blink of an eye, hiding under some rotting leaves. It's probably just a coin, but Blake steps forward and bends down next to the pile of leaves, one hand still holding the remains of his coffee. With the other he carefully starts clearing them away, trying to see what he kicked.

He picks up some of the damp leaves, ignoring the mud transferring over to his hand. He picks up a particularly mangled, brown leaf by its stem and…

Surprise, surprise. The metal thing turns out to be a ring. Silver, with a small diamond in its centre.

Funny, it looks a lot like the one he bought Gilly.

He picks it up carefully and holds it to his eye to examine. There’s an inscription inside and he squints to read.

The words clang in his head like church bells. Loud. So loud he thinks he might not be able to think about anything ever again. The world spins, the morning suddenly becoming far too bright.

Blake wants to drop the ring and yet grips it all the more tightly in his trembling fingers. The ring he was supposed to get resized ages ago. The ring that caused that stupid fight.

His eyes snap to the corpse.

The forensic team turns her over, clearing away the leaves and getting ready to transfer her to the morgue for further investigation. The coroner will do the autopsy to determine cause of-

No, she can’t have an autopsy! Her mom wouldn’t like that! Hell, he won’t have it! Nobody’s touching her.

They brush the hair out of her face and Blake starts walking towards her like he’s in a trance. The usually vibrant, chestnut locks hang damp and listless around her gaunt face, small strands clinging to her sallow skin here and there. Her make up is smudged and she’s dirty. God, she would have hated that. Gilly’s always so careful with her looks.

Something flashes. White light pops into his vision, stinging his eyes. They’re taking pictures of her like that, all covered in mud and filth. He wants to smash those cameras, but his limbs just aren’t moving right.

Weiss has recognised her too and now he’s looking at Blake.

Blake though, doesn’t care. He only has eyes for Gilly. The world has flipped again.

Gilly’s eyes are open. Her lips are painted blue and there’s a bruise around her neck, purple and red from where someone had their hands wrapped around it, squeezing until they’d wrung it all from her. That’s Gilly, but she’s not snoring. That’s Gilly but her lips don’t twist. That’s Gilly, but she looks colder than ice, the fire sucked out from her very being.

Blake forgets how to breathe.

Someone catches his arm, pulling him away from her. Blake almost growls. No, that’s Gilly! They start loading her into an ambulance and no! No! She can’t go there! She doesn’t belong there!

“Jamie!” Weiss grips him hard, pulling him back to reality, “She’s dead!”

It's so cold. The frost creeps over Blake and his vision goes dull.

Weiss is looking sympathetic and weary. Blake wants to punch him.

”I’m sorry,” and Blake thinks a guy like Weiss means it, but he’s also got a job to do.

”She was murdered, Jack,” he states like it wasn’t obvious before, “Her neck…”

He can’t say it. He can’t picture it. The transformation of his bubbly fiancée to victim chokes him. He thinks somethings been wrung out of him too.

Blake nods, slumping. He clutches the ring tightly in his fist and feels the little diamond dig into his skin. Weiss wants to ask some questions. Blake is a suspect.

It doesn’t matter, he thinks as he looks down at the decaying leaves by his feet.

A world without Gilly is a dead world anyway. 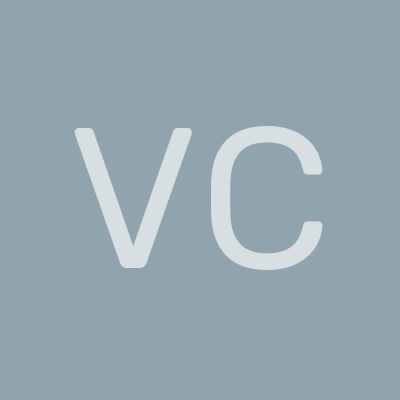 Hey, Shannon! I have the privilege of peer critiquing your piece! The tone in this piece is superb. The present tense and interior dialog give it the classic, immersive feel of a black and white crime flick. The syntax in the first half is a bit rough, almost all the sentences are very long. Break a few of them up and it's perfect. There are some missing quotations and/or italics when he finds the ring, its hard to identify Blake's thoughts without them. His reaction to finding the body is perfection. You spared us the cheesy Hollywood hold...