The Smiles We Left Behind

Submitted into Contest #3 in response to: Write a story about a teenager visiting the place where they grew up.... view prompt 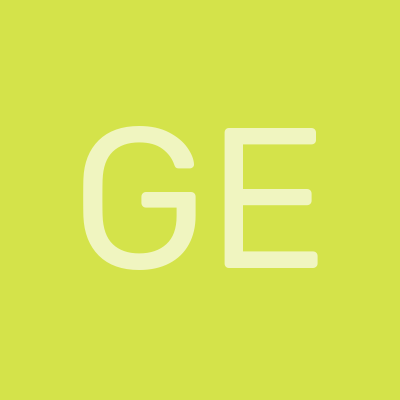 I felt like time was running out. I wasn’t a kid anymore and my last year of high school was upon me. Strange that I should be feeling so nostalgic about my past, or maybe it wasn’t. I’ve never been this old before. I looked through some old pictures hoping the feeling would fade but looking through the good times at my old house only amplified things.

I missed the huge tree in our front yard. It was the largest tree for at least three blocks and the trunk split into a V shape as it grew to create a window for pretending to be a bank teller or ticket seller. I missed the ditch behind our backyard that would overflow every time it rained. My brother and I used to see if we could jump over it. Sometimes we made it, sometimes we went into the house with wet pants. He’s in the Navy now.

The heartache sat heavy on my chest and I had to get back out there at least once before I graduated, so I planned to head out there in the morning.

“Hey, Mom?” I called through the house trying to find her. “Do you mind if I go back to our old neighborhood tomorrow?”

“Why do you want to do that?” I found her in the living room reading a book while some game show was on TV. I went over and sat next to her.

“I don’t know. Just thinking about the past I guess. I miss my childhood.”

She rolled her eyes. “You’re not old enough to miss your childhood.”

I tossed my head back. “I spent over half my life there.”

She laughed. “Okay, okay. We can head out there tomorrow.”

“We?” I looked into her expectant eyes.

“Sure. We can make a day out of it. We can grab some sandwiches from that one place. You used to love those sandwiches with the turkey and ham and provolone cheese all baked in a pizza crust. You remember, don’t you? Then we can drive over and have lunch in the park before walking around. Maybe the person who lives there now won’t mind if you go inside and look around. It’ll be fun.”

Oddly enough, walking down memory lane with my mom did sound kind of fun. It made me feel like maybe I wasn’t a normal teen, but I didn’t mind spending time with her. We agreed on a time and it was set.

Morning came and after a few chores, we were on our way. We had a blast on the drive. We sang to some songs on the radio and talked about things, really caught up on what’s been going on in our lives. Then, we reached familiar territory.

Then, we reached the familiar corner that took me to my loop. I leaned forward in anticipation as the car turned and then all the joy slowly left my body at what I saw. My neighborhood was gone.

Mom pulled into a parking lot and I just sat there.

I got out of the car and just stood, looking around. The once filled streets lined with houses now empty, the houses gone, the road covered in gravel. They were creating a parking lot and a new hospital clinic on the bones of my past. The once large playground with high swings and the evil metal slide that burned the legs of all who dared to conquer it while wearing shorts was now covered in concrete with evenly spaced lines, paved over like so many dreams.

I remember playing out here as a child, the larger swings always occupied by older kids. We all pretended the jungle gym was a castle and whoever sat at the top was king. No one ever fought over it for fear of hurting each other. Some took turns on top while others tried to rule with an iron fist but were ultimately just ignored.

The part that hurt the most, my loop no longer existed. It was only a few short years ago that the kids came from blocks away to join in the cycle races. Pedal cars, tricycles, rollerblades, it didn’t matter how you raced around the circle at the center of the loop. Half the contestants didn’t even keep track of what place they were in; all that mattered was the fun. We even shared bikes from time to time.

I looked over the graveyard of my childhood lost in my fond memories of what used to be. I could still see it all so clearly in my mind. It was sad to see it gone, but I was ready to move forward with my life. This was but one place that shaped me.

I felt a touch on my arm and turned to see the sadness in Mom’s eyes. “Are you okay?”

“I’m fine. The feelings are still here, but I suppose things have to change.”

“It’s an unfortunate fact of life.”

“It’s not always unfortunate.” I smiled at her. “I’m a little sad. My tree is gone, but that ditch is still out there. And in one more year, I’ll have the whole world to explore.”

She wrapped her arms around me in a tight hug.

“I wonder if anyone warned them that this area used to get struck by lightning at least once a year?” I asked climbing back into the car.

Mom got back in the driver’s seat. “They’ll figure it out.”

“Oh, hey! Do you remember that one tree that was struck by lightning?”

Mom nodded. “Yes, that was a pretty bad storm. I can’t believe you and your friends ran over to inspect it.”

“There was a scorch mark from the top all the way through to the roots. That tree was split in half.”

“Do you remember that time when your brother built a snow fort?”

I laughed. “Wow, that was amazing! He reinforced the walls using water so they would freeze into ice. To this day, I don’t know how he did it, but he had halls and little nooks off in there.”

“I was terrified when I found out about it.” Mom shook her head.

“It was very structurally sound,” I said in his defense. “And I told you where he was when you asked.”

Mom gave me a quick glare and returned her attention to the road. “Do you still want that sandwich?”