The Wisdom of an Apostate, A Generational Tale

Submitted into Contest #108 in response to: Write a story about a character who’s trying to fill an empty space, literally or metaphorically.... view prompt

The Wisdom of an Apostate

Sebastian opened his eyes slowly. They burned and watered from the haze of acrid smoke all around him. He couldn’t hear anything but painful ringing in his ears. He wasn’t sure if he was dead or alive. He was taught that there was no Hell, but this certainly was no Paradise Earth either. In fact, he had no idea where he was or where he was supposed to go, so he just sat there for a few minutes.

His throat was so raw and dry that he could barely swallow. He suddenly remembered something his father had taught him when he was just a young boy: find water. He tried to listen for the sound of running water, but the ringing in his ears overpowered his ability to hear anything.

He had no possible idea if he was anywhere near water, because the world around him had been completely decimated. He stood up slowly, checked himself for injuries, and tried to get his bearings. Choosing a direction was a crap shoot, so he simply just turned left and starting walking. The sun shot a sharp stream of light through the smoky haze. It was just about straight overhead in the sky so Sebastian knew it had to be around noon.

He prayed that he would find water before nightfall.

The only thing that was more unnerving than the incessant ringing in his ears was the ticker tap of continuous questions that were thundering through his brain. He couldn’t answer a single one of them. He didn’t know where he was or where his loved ones were. He didn’t know what day it was or how long he had been knocked out. He couldn’t even remember exactly what happened.

The most recent memory he could conjure up was saying goodbye to his mother. She was trying to talk him out of leaving and he heard himself saying, “Even the Amish have Rumspringa.” But his memories were terribly fragmented, and he wasn’t even sure what his comment really meant.

He tried to focus on what he could remember, most of which seemed to revolve around his early childhood.

He had two very loving parents and a very large extended family on his mother’s side. He was mentored and cared for by many, including the kindly brothers and sisters in his congregation. There were bi-weekly meetings, family worship sessions, and service. Sundays were reserved for large, boisterous family dinners, and vacations were spent on the beach with his cousins and maternal grandparents.

It was a wonderful childhood filled with warm and happy memories, but there was one thing missing: his father’s side of the family. He was 17 years old, and he had never met a single one of them.

The sun was traversing across the sky now. Sebastian reasoned that he had been walking for at least three hours, and there was still no sign of water. He sat down on a large, flat rock to rest and surveyed his surroundings. He had a hunch that he was in an area outside of the suburban community he grew up in. He saw more splintered wood than twisted metal and more uprooted trees than broken glass.

He realized that he must have wandered into a more rural area and hoped beyond hope that he was getting closer to water, a stream perhaps. The ringing in his ears had gotten a little bit fainter. He closed his eyes tightly and listened for the sound of running water. Nothing. His only option was to keep walking.

By sunset, Sebastian wasn’t sure how much farther he could go. He stopped, took some deep breaths, and that’s when he noticed a slight change in the air. There was a trace of moisture that tickled his senses. He was getting closer to water!

Fortified by the winds of change, he pressed on. A few more miles and he finally heard the tinkling of water running over rocks. He bolted towards it! As he got closer to that glorious sound, he was surprised by how many trees were still standing. He realized that he was in an actual forest, and for a moment he wondered if he was hallucinating. Maybe he was still laying somewhere, passed out, delirious with fever.

And then he saw it, an actual stream! He ran to the water’s edge, dropped to his knees, and enjoyed the most refreshing drink he ever had in his life. It was cool, crisp, and clean and he had to fight the urge to drink too much or too quickly.

He got up and started following the creek as it twisted and turned through the trees. He felt a vague sort of familiarity, almost like déjà vu, even though he was certain he had never been here before. He didn’t even know where “here” was.

After he had walked about a half mile, he reached a clearing. He passed by a pond on his left while continuing to follow the creek on his right, and he noticed what looked like an old farmhouse. As he got closer to the structure, he noticed that there was considerable damage to what looked like the main living quarters, but there was an attached structure that looked surprisingly intact.

Sebastian could not believe his luck! If he could get inside the intact structure, he would have shelter for the night. He stopped for one more drink and then made his way through the overgrown banks to the simple white building that stood before him.

The first door was made of steel and secured with a large padlock. He wasn’t getting in there. He made his way up a set of crumbling cement steps to what looked like the remnants of an enclosed porch, its exterior walls long gone.

There was a great deal of debris to the right, but to his left he saw another door hanging precariously on one hinge. Sebastian carefully pushed the door open.

He immediately felt like he had stepped back in time.

There were tools everywhere, very old tools. An antique dresser sat in the back of the room, its drawers filled with dusty glass jars. Each jar held a different type of hardware, meticulously organized. It was some type of workshop.

The last bit of daylight faded, and he finally felt safe enough to let his fatigue overtake him. He stretched out on the floor and immediately fell asleep.

Morning arrived quickly as sunlight streamed through the dirty, broken glass of a single window. Sebastian awoke disoriented. He thought perhaps he had just experienced a crazy dream. Then he sat up, realized that he wasn’t in bed, and the events of the day before came rushing back to him.

He decided to look around for a container to fill with water from the creek, then work on finding some food. In the light of day, he noticed another door. He approached it, thinking it might be a closet, but as he got closer to it he saw something hanging from the door knob. It was a bronze chain, and there was something dangling from the end of it.

His curiosity fully aroused, he pulled it off the knob and examined it more closely. It was a large heart-shaped locket. While it was clearly out of place in the dingy old workshop, it looked like it had been deliberately placed there.

He wondered if there were any pictures inside of it. However, when he opened it, a piece of paper fluttered out and a key clattered to the floor. Intrigued, he picked up the paper first and carefully unfolded its tattered edges.

Sebastian fell to his knees. Was this note actually addressed to him? And who was Oma? He grabbed the key and made his way back down the broken steps as quickly as possible, and nervously unlocked the heavy door.

There were no windows in this room, so the only available light was what came through the open door. After his eyes adjusted, he saw a dirt floor and broken down shelves around the perimeter of the small room. Leaning up against one of the shelves was a shovel with a note tied to it. This note simply said, “Dig”.

He grabbed the shovel, dug about two feet down, and hit something hard. He felt around with the tip of the shovel and realized that whatever was buried in there was quite large. He continued clearing the dirt away as carefully as he could, and after about an hour’s work he was able to retrieve a steel chest. It was quite heavy, and he struggled to drag it outside into the daylight.

He opened the lid, and the first thing he saw was a single white envelope. He opened it with trembling hands. It was handwritten.

“Dearest Sebastian: If you are reading this, then my prayers have been answered. I am your paternal grandmother. I am your Oma. Oma is grandma in German. I have loved you from the day your father told me that your mother was pregnant with you. It broke my heart to leave you and your father. Over time, I realized that I simply didn’t agree with some of the practices of those in the organization, and I could no longer compromise my spiritual integrity. As an apostate, your father believed he had no choice but to shun me. Ironically, the practice of shunning those who were disfellowshipped or chose to disassociate as I did was one of the practices that disturbed me the most. Our loving Heavenly Father doesn’t want us to separate from our loved ones. I was raised here in this old house from the age of three. Your great-grandparents made this house and these grounds beautiful. It was truly a paradise. And while it was a wonderful life, I too, grew up without knowing my father’s side of the family. It left me with an empty space that I could never quite fill, just as you have. Inside this chest, you will find your father’s family history, some of it going back to the 1700s. I hope this answers all of your questions, my precious grandson. All I ask in return that you keep an open mind to all things spiritual. The real truth is always somewhere in the middle mein leibschen.” 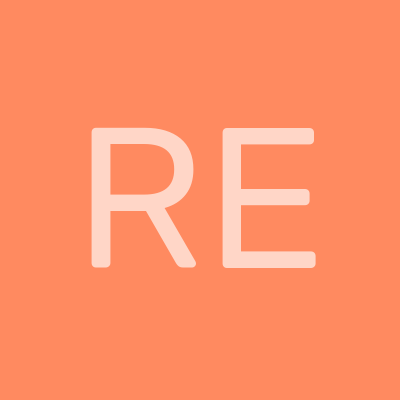 Really interesting story! Kept my attention for sure :D. I enjoyed the way you used alliteration in your writing, and I also enjoyed that the story ended on a hopeful note. I would say it gets a little redundant in the beginning. My advice would be to keep just a few sentences about your character being lost. I would also prefer some more time spent describing the setting and even learning a little more about his mother's side. Perhaps we can see a single, vivid memory? That would make me feel more connected to the character and make the end...

Thank you for your suggestions. I will keep them in mind.

This story really had my interest! I love a happy ending. 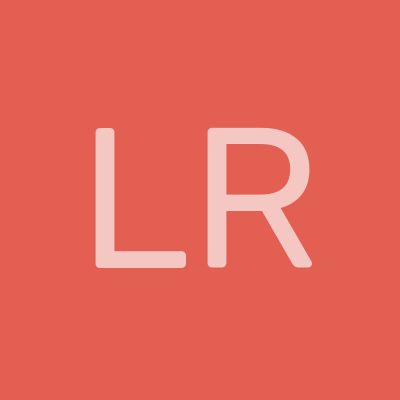