Gil gave a start. He focused on the woman that was sitting across him with a concerned look on her face. It took him half a second to gather his bearings and identify her as Ada, his best friend since middle school.

“Um, what’s up?” Stammered Gil after clearing his throat.

“I kinda lost you for a sec there,” explained Ada. “You seemed distracted.”

“Oh, well. Y’know.” Gil took a small bite of his chocolate chip muffin, attempting to appear as if everything was normal.

“Your brow is furrowed.”

“C’mon, man. You suck at hiding the fact that you’re flustered.”

“It’s just…” Gil sighed, hesitating. “I saw someone. Someone I know.”

Gil clicked his tongue in annoyance.

“You see the girl in the table close to the window? The redhead?”

Ada unsubtly turned around. In the table next to the café’s window sat a woman, about the same age as them. She had her long, red hair tied up in a messy bun. On top of the table were papers strewn about and a laptop in which she was typing on with one hand while she held a cup of coffee in the other.

Suddenly, she felt herself being jerked by the arm.

“Could you be any more obvious?” Gil said through gritted teeth after turning her around.

“Want me to call her over?” Ada teased.

“She’s…” Gil stopped himself. “I went to school with her.”

“Really?” Ada glanced back at the redheaded woman. “I don’t remember her.”

“She transferred the year before you did,” explained Gil. “She was only in my class for a year.”

There was a brief period of silence in which Gil took another bite of his muffin and Ada munched on her quesito.

“So,” Ada started while still chewing, “I’m guessing she was more than just a classmate.” She swallowed before continuing. “You were pretty shocked to see her.”

“It’s complicated.” Gil went for his cup of hot chocolate. “The last time we saw each other, she told me she hated me.”

“Holy shit.” Ada chuckled. “What did you do to piss her off?”

“You want to talk about it?”

Gil sighed. He gazed over at the redheaded woman. She hadn’t taken her eyes off her laptop. She was completely engrossed in whatever she was doing. She probably hadn’t even noticed him. And if she did, would she even recognize him? It had been a long time.

“Her name was Ana,” he suddenly said. “I called her Annie.”

Gil looked up at the girl that stood in front of him. She had a wild look to her, with messy red hair and worn-out clothes. Her face was dirty, and she was missing a tooth.

He recognized her as that weird girl that sat in the back of the class. She never said anything, not even when the other kids would pick on her. Lucas, a friend of Gil, had said that she was mute. Javier, Lucas’ brother, had whispered that he heard that she had ties to the mafia and some gang boss had her tongue cut out to keep her quiet.

It was obvious to Gil now that she was quite capable of speech.

“Ah, I’m sorry!” Gil quickly stood up from the half-uncovered root of the huge tree that adorned the school’s yard. “I didn’t know.”

Ana stared at Gil, making him uncomfortable. She made her way to where Gil was sitting a few seconds ago, without taking her eyes from him.

“Why are you still here?” She asked.

“I’m going!” He began to turn around.

“What were you doing here? Don’t you have friends to play with?”

Gil stood quiet for a moment.

“No,” he stated firmly. “Those… poopheads aren’t my friends!”

Gil instinctively recoiled, fearing that someone would scold him for using a bad word. Instead, what he heard was laughter.

“Yup. Lucas and his brother, right? I’ve seen you together.”

“They made fun of my lunchbox,” explained Gil. “Just because it was pink.”

Gil gasped. He had heard the word ‘asshole’ before, but he thought only adults were allowed to say it. To hear Ana say it so nonchalantly…

“Here.” Ana scooched over and patted the empty space beside her.

Gil hesitantly sat down while Ana rummaged around her backpack. Gil noticed that one of its straps was torn. She offered Gil a bar of chocolate.

Gil grabbed it and Ana pulled out another one for herself.

“You’re like me,” she said as she took the wrapper off her chocolate. “No friends.”

“I guess…” said Gil half-heartedly. Even if it was true, he didn’t feel good about it.

Gil stared at his chocolate bar in contemplation.

Before he got to know her, Ana was just ‘that weird girl’ to Gil. Now, she was ‘that weird girl who is also my friend’. They’d hang out together during recess under the shade of their tree. Ana would always have chocolate bars for them both, and when Gil would ask where she got them, she would say it was a secret. He later found out that she used a coin with a string attached to it to fool the vending machine.

Their conversations were sort of one sided: Gil was the one who mostly did the talking. He would ask her about her favorite cartoon, if she played videogames, what she did for fun, things like that. She would reply succinctly before staying quiet until Gil asked her something else. Gil learned that she didn’t have a favorite cartoon because she didn’t have a television at home (something unheard of for Gil), that she used to play at the local arcade before being thrown out (she was caught using the coin trick to get unlimited tokens), and that she collected bugs for fun.

“Bugs,” she confirmed. “I find them dead, and I pick them up. I like looking at them.”

“… You really think so?” She muttered.

“No, you don’t,” Ana brought her knees to her chest and looked to the side. She was mad.

“I like dolls,” repeated Gil. “I like playing with them. Lucas says that playing with dolls is for girls, so I don’t tell anyone.” He looked at Ana. “I know what it feels to like something… weird. So, it’s ok for you to like bugs!”

Their bond deepened over the course of the semester. Ana was more open with Gil and talked about her interests. Other than bug collecting, she liked reading, going to the beach, playing card games and spending time in an abandoned park that was near the school. Gil’s mother told him had to stay away from that park, as only “bad men” hung around there, but Ana reassured him that it was always empty. Gil also got Ana to try some of the things he liked: he brought his Gameboy to school and let her play with it for a while and promised to bring her home to watch some cartoons during summer vacation.

It wasn’t all good, however. Hanging out with Ana brought some… unfortunate side effects.

Gil’s blood ran cold. He recognized Lucas’ voice. He was accompanied by Javier and some other kid he didn’t recognize.

“I guess it suits you, being a freak yourself.” Lucas’ tone was mocking.

Gil lowered his gaze as Lucas’ cronies began to laugh. He felt like crying.

Ana stood up. She stared daggers at Lucas with her fists closed. The bully was a little put off by her intensity but regained his composure when he remembered the others were watching.

“What? Do you need a girl to defend you?” He ignored Ana, looking directly at Gil. “You really are a sissy, aren’t you?”

Suddenly, Lucas yelled out. He fell to his knees, holding his hand up to his face. The others didn’t react immediately, as they were unsure of what had happened.

For a moment, Lucas withdrew his hand, letting Gil glance at his bloodied nose. He realized that Ana was holding a rock in her right hand: she had hit him with it.

“You psycho!” Lucas screamed, backing away. “I’m reporting you to the principal!”

He ran away, followed by the two other kids who were still confused.

Gil’s heart sunk. Lucas was going to report them to the principal. Were they going to be expelled? No! He couldn’t be expelled; his mom would kill him! Besides, he didn’t have anything to do with it. He wasn’t the one that broke Lucas’ nose. That was Annie!

“Why did you do that!?” He yelled at Ana, who was taken aback.

“What do you mean? He was insulting you!”

“You didn’t have to hit him!” Gil began pulling at his hair. “I’m gonna be expelled because of you!”

“You really are a psycho!”

Ana let the rock she was holding fall to the ground. She looked at Gil with a shocked expression on her face. Oh no. He went too far.

Before he could finish, Ana shoved him to the ground. Her face was red, and tears were beginning to swell.

“I thought you were my friend!” Ana kicked blindly at Gil while he was struggling to get up. “I hate you!”

She ran off. That was the last time Gil saw Ana.

“She didn’t come to school the next day. Or the day after that. In fact, she never came back at all. I thought that she had gotten expelled, but sometime later the teacher told me that her mother had her transferred to another school. So, yeah. That’s it.”

“Yeah. I’ve always regretted it, y’know? She was a little strange, but I liked that about her. And she was a good friend. She stood up for me. And I just abandoned her.” He sighed. “I let her down.”

“You were just a kid,” said Ada. “You can’t blame yourself.”

“I guess.” Gil shrugged. “She probably doesn’t remember me. I don’t think she’d want to, anyways.”

“Are you crazy?” Gil looked at Ana before shaking his head. “Didn’t you listen to what I said? She hates me!”

“You don’t know that. Besides, don’t you think that apologizing to her would do you some good? Maybe clear your conscience a little bit?

“And who knows? Maybe you guys end up being friends again.”

Gil stared once again at Ana. She leaned back on her chair and took a sip of her coffee. She stared at the ceiling for a while, before glancing back. She locked eyes with Gil.

Gil quickly looked away and pretended to drink his empty coffee mug. It was shaking in his hand.

He stood up forcefully and marched towards Ana.

“Um, hello,” said Ana as Gil came to a stop next to her. Suddenly, his confidence was nowhere to be seen.

“Is something wrong?” Ana shot him a concerned look. Suddenly, a flash of recognition came across her face. She narrowed her eyes.

“Gil!” She exclaimed. “Yes! I remember you! You were the kid that liked playing with dolls, right?”

Gil was taken aback by her comment, but then burst out laughing.

“Yeah, and you were the kid that liked collecting bugs.”

“Oh, yeah! I still do, actually. Go on,” she gestured towards the empty seat across her, “sit down. Tell me what you’ve been up to.”

Gil smiled. He took his seat, happy to be able to reconnect with an old friend.

a nice story with a good ending - and well written. 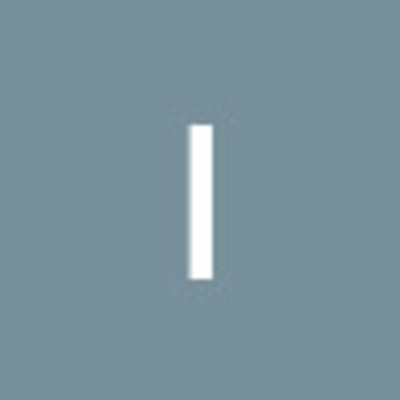 Thank you. I'm glad you liked the ending, I was a little iffy on it.