At thirteen years old Calvin realises he feels something new for his best friend. Logically, he knew it was a crush, but that didn’t make it any less weird. He had never really experienced a crush before, of course he had noticed attractive people before, but he had never really felt anything more than mild appreciation for their good looks.

Calvin watched his best friend from a distance. It was in that moment that he realised; he didn’t like this feeling at all. He felt gross and weird. It felt wrong to be romantically and physically attracted to someone he’d known for so long, someone that should have been like a sibling to him.

At sixteen years old Calvin watches his best friend start dating. Yeah, that one hurt. But that was his own fault and he knew that. If he had decided to confess, things would have been different. They could have been dating… okay, probably not. Calvin thinks it’s possible that they would have never spoken again after a confession.

So, he decides to keep it to himself, just like he had for the last three years. Silently loving and watching from the side-lines. He decided, then and there, that maybe he should give up on his best friend. Where could this kind of love ever go? Nowhere, that’s where. He swore to himself that he would quit loving his best friend and quit wallowing in his unrequited feelings.

It’s only a few weeks after Calvin wonders if they’re still best friends, that he finds his answer. His best friend is knocking at his door, heartbroken after being brutally dumped in the middle of a party. Calvin may not be a party guy, but he certainly knows how to console his best friend, so he does. For the rest of the night the two hug and Calvin whispers reassurances as his best friend softly sobs into his shirt.

At twenty-two years old Calvin helps his best friend move into a new apartment, because that’s what people do in a steady relationship, he supposes, they move in together. Not that Calvin would have any experience with that. His only experience was back when they were seventeen and the girl, he was partnered with for a physics project decided it would be a good idea to kiss him. It was nice, but Calvin shut it down pretty quickly. He only had eyes for his best friend.

Calvin watches them, as he carries a box of plates to the kitchen. They’re happy and smiling and in love. Yeah, Calvin decides, maybe it’s time he moves on. (His heart whispers, as if.)

At twenty-five years old Calvin’s best friend asks him to be part of the wedding party, because that’s kind of his duty as best friend. Calvin resigns himself to running errands to get the wedding in order, planning wedding related events and making sure that the bride and groom don’t get overwhelmed and have a complete meltdown.

It’s also his job to hold the rings. He wants nothing more than to try one on, while his best friend is getting ready in the hotel bathroom. To feel what it would be like if he was the one getting married. But instead, he steels his resolve. He needs to tell his best friend about his never-ending crush, before the ceremony begins. He has to say something.

Calvin is still twenty-five years old when he watches his best friend walk out of that bathroom, hair perfectly styled, tuxedo pressed to perfection and looking absolutely ethereal.

“So, Cal, what do you think? Am I ready to get married?” Calvin wants to scream to the heavens, because yes, of course. Nobody has ever looked better on their wedding day.

“Jacob, you look amazing. If Hannah doesn’t like what she sees then she’s a fool,” he answers honestly. Because Jacob has been his best friend for years and Calvin can only be honest with him, which is why it’s now or never for that confession.

“Then why do you look like you have constipation?” Jacob laughs, a wonderfully deep laugh that Calvin would be devastated to never hear again after this.

“Because I kind of have something to say, but you might hate me forever and it would ruin the wedding,” he mumbles, but Jacob hears it anyway.

“You’ve always been a little dramatic when it’s just the two of us,” Jacob remarks, “but you know, that’s the dumbest thing I’ve ever heard you say. So, spit it out.”

And Calvin knows he’s right. Jacob is his best friend. This may make their relationship a little awkward for a while, but Jacob could never hate him.

It’s silent. Calvin desperately wants to look up and see Jacob’s expression. But he refrains.

“Calvin… I… I’m getting married in half an hour.” Calvin flinches, “Why? Why now?”

He really doesn’t have a response to that.

“I’m sorry,” he whispers, then gets up and sprints out of the hotel room.

He can vaguely hear Jacob, his best friend, calling his name, but the blood rushing in his ears is too loud for him to focus on it.

Calvin doesn’t know where he’s going, but he ends up running through a forest trail. One that couldn’t have been too far from where Hannah had decided to take pictures after the ceremony. And eventually he just stops, giving out to exhaustion. It’s not like in the movies, there’s no cliff to sit on the edge of, no lake to look at his reflection in. It’s just him and his tears, tears, because of course he had started crying.

He hears the sound of footsteps coming up behind him, leaves and sticks crunching under the footfalls.

Jacob sits next to him. “Hey.” And they sit in silence for what feels like hours but can’t be more than a few minutes.

“How did you find me?” he sniffles.

Calvin shot him a dirty look.

“You forgot to turn off your location sharing after the bachelor party.” Jacob answers, sheepishly.

Calvin wipes his eyes and lets out a surprised, huffed laugh.

“Well, whatever. Let’s not waste anymore time, the ceremony starts in a few minutes, we have to book it if we want to make it in time,” he starts to push himself off the ground, only to have a hand placed over his, keeping him in place.

Jacob doesn’t look at him, just keeps his hand over Calvin’s and looks up at the sky.

At twenty-five years old Calvin thinks that maybe things are starting to look up for him and his best friend. 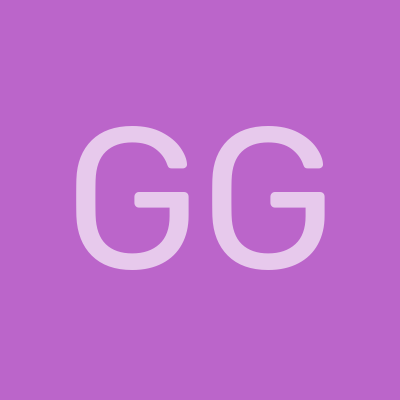 Love it babes, it's always good to see more writers writing about gay unrequited love. But I also love the open end, we don't know if Jacob has chosen Calvin romantically, but we do know that he's chosen his relationship with Calvin over Hannah. I hope she's okay though, lol.

Thanks so much, I thought it would be your vibe. I'm so glad you liked it!

Thank you for writing about gay unrequited love (please check out my story also posted for this prompt). I loved the premise of the story. I wish there would have been more character development though and scenery. I would have loved to know what Jacob looks like and what his personality is like to truly understand Calvin’s attraction to him more. I really liked the part where he runs into the forest and you talk about how there’s no place to sit like in the movies. It really helped to visualize the scene. Again, I loved the premise of the s...

Thanks so much for reading and I'll definitely check out your story. I actually purposefully left out how they look, but I do agree that the relationship definitely could have been a bit more fleshed out. But it's difficult to keep things vague about Jacob's gender until the end, if I were to do that. I lamented about it for a long time actually, in the end I wasn't 100% satisfied with how it turned out but it was an idea that I actually had for a long time and just tried to fit it to the prompt.