THE WRONG SIDE OF NOWHERE

THE WRONG SIDE OF NOWHERE

It was a lazy afternoon, one of those hot and humid days when people look for a cool place and a cold drink, and dogs seek out the shade to lie down and not move unless they have to.  Danny Weston pushed open the tavern door and scanned the premises as he headed to the end of the bar.  Not many people he observed.  Two people were at the bar. Two others were playing pool.  A third group sat in a nearby booth.  He liked it that way…not many witnesses.

The bartender came over.  “What can I get you?”

Danny swiveled on his stool and asked for a beer.

The bartender started listing the brands available.  “Just give me a beer, doesn’t matter what kind!” Danny snapped.

The bartender returned with a draft foaming over the top of the glass.  “I haven’t seen you here before.”

Danny cut him off abruptly.  “That’s because I haven’t been here before.  I’m not looking for conversation.  Where’s the back way out of this place?” he asked.

The bartender pointed to the left.

“Where does it go?”  Danny wanted to know.

One of the bar flies answered.  “It goes into an alley.  I know because I sleep there some nights,” he cackled.

Danny turned back to the bartender.  “A guy with a goatee and a scar on his face is going to come in and ask for Dutch.  I’d be obliged if you could point him in my direction.”  He took out a twenty- dollar bill and slid it to the bartender.  “Here’s a little something for the effort.”

The bartender grabbed the money and deposited it in his pocket.  “Gotcha there, Slim,” he assured Danny.

Danny went to the booth closest to the rear exit, keeping one eye on the door, the other on the bartender.  The gun he stowed in his jeans felt cold against his side.  He hoped he wouldn’t need it.  He had gotten this far in life without being knocked off even though at times his mouth got the best of him.  He wasn’t big, probably average size, but often felt the need to put others in their place, or at least where he thought their place should be.  It was likely that same trait he inherited that got his father killed.

“Why do you care?” the bartender countered.

“Because I’d like to ask you by name to get this hombre a drink,” Danny reasoned.

“Harold’s my name but they call me Hal.”  The goatee and scar ordered a beer.  “Put it on my tab, Hal,” Danny barked. The man walked over to Danny’s booth and sat down.

“You Dutch?” he asked

“Yeah, I’m the guy Hal over there pointed to so I must be Dutch because that’s who you asked for,” Danny stated.  “Who are you?”

“Name’s Jake.  I was sent by the Boss to contact you,” he replied.

“You don’t look like a Jake.  You look more like a Harold than Harold over there,” Danny pointed back to the bar.

“My ID, Jake.”  Danny pulled out his wallet and produced a photo.

Jake perused the photo for a second.  “Why this is just a picture of you with the word Dutch written on the bottom with a Sharpie!  Your driver’s license says your name is Daniel.”

“Dutch is a nickname, lunkhead, just like Jake’s probably your nickname because you sure aren’t a Jake.  Besides, my information has it that you have a scar and a goatee.  Well, the scar appears to be a mistake you made shaving and the goatee is pretty scarce,” Danny mocked.

“Why I ought to…” Jake rose and raised his fist.   Danny flashed his gun.

“You brought a gun!” Jake asked with surprise.  “Who brings a gun when they meet someone.  I bet them folks on Match dot com don’t carry guns!”

“This isn’t a date, Jake,” Danny retorted.  “This is a business meeting and shady business at that so a weapon isn’t out of place.  Who did you think you were going to meet?  Cinderella?”

“Maybe it’s a business meeting,” Jake answered as he sat again and took a swig of beer, “but I still don’t think you’re Dutch.”

“Well from my information, you’re too short, too skinny, and too white,” Jake said.

Danny leaned back against the backside of the booth and gave a quizzical look at Jake. “Where’d you get that from?”  Danny wanted to know.

“No, I made that up.  I thought I’d catch you in a lie, make you flinch,” Jake admitted proudly.

“Wow, you are one stupid hombre, you know Jake.  You know how I know that?  Because I know the Boss and he knows me so all your idiot games mean nothing.”  Danny shook his head and then changed the subject.  “Did you bring the stuff?”

Jake took another gulp of beer.  “No, the Boss said he’d be by and bring it to you,” he said as he cast his eyes down.  “I came to make sure this wasn’t going to be a set-up.  All I got to do is call him and he’ll be here.”

“Well,” Danny raised his eyebrows and reached back to his gun. “Call him.”  Jake went to the corner of the bar and called the Boss, then returned to the table.

“He’s on his way with the stuff,” Jake confirmed.  “I’ll go get a couple more beers.”

Before Jake could return, the Boss walked in, so he must not have been far away in anticipation of the call.  He was not an imposing figure by any stretch of the imagination.  Short, balding, in his mid to late fifties, one might mistake him for Danny DeVito, or even a cartoon character.  But he had money and, in these parts, money was power.  He eyeballed the area and made his way toward Danny.  “Hello Dutch,” he said, extending his hand.  “How’s it going?”

Danny shook hands with the Boss.  “Can’t complain much, Boss, except maybe about the stooge you sent in advance.  I hope the rest of your crew has more moxie than Jake over there.”

The Boss laughed out loud.  “He always wants to go by Jake, that idiot.  He thinks it sounds tougher than Pat.  That’s his real name.”  The Boss laughed again as did Danny.

Jake returned with the drinks, picking up one for the Boss as well.  “Thanks Pat,” Danny gibed.  “’Oh, my name is Jake,’ you said.  Hey, there’s nothing wrong with Pat except it’s a girl’s name.”  Danny and the Boss continued their laugh at Pat’s expense, who reddened noticeably.

“We didn’t come here to laugh, did we Boss,” Danny finally stated.  “Let’s do some business.  You got the stuff?” he asked.

He nodded.  “Yep, right here,” he patted the side pocket of his jacket.

Danny got up and made his way to the rear door.  “There’s an alley back here where we can make the exchange,” he assured the Boss.

The Boss followed Danny and motioned for Pat to stay.  The pair exited into the alley.    A dumpster stood about ten feet away so Danny moved close to shield them from any possible intruders.  The Boss backed against the brick wall while Danny positioned himself at the leading edge.

“Do you have the money, Dutch?” the Boss wanted to know.

“Yeah, of course I do.  Why would I come here without the money?” Danny asked.

The Boss smiled and reached into his pocket to retrieve the stuff.  “Maybe a double-cross, my friend.  I know your father had a talent for the double-cross.”

Danny didn’t like the insinuation and became agitated.  He reached toward his hip and   pulled out the gun.  “Like father like son, I guess there Boss.  OK, I’ll take that package you’ve got,” he insisted.

A click at Danny’s ear changed the direction of the encounter.  “Not so fast, Mr. Dutch,” a voice echoed as a man stood to Danny’s right with a pistol cocked and aimed at his head. “Drop the gun.”

The Boss came forward and frisked Danny for the money.  “So, you don’t have the cash do you?” the Boss stated.  “Did you really think I’d trust you after your thieving old man ripped me off?”

Danny looked him straight in the eye.  “This was going to be my revenge, you pompous ass.  You didn’t have to kill him!” Danny shouted, then spit in the Boss’s face.

The man with the gun slugged Danny across the back and dropped him to the ground, putting his boot across his head.

“Well, you seem to be headed in the same direction but you’re on the wrong side of nowhere,” the Boss bellowed.  He turned around and paced back and forth, finally reaching to his waist and pulling out a pistol and pointed it toward Danny as he lay motionless on the ground, primarily due to a size 12 boot across his neck and a 357 magnum at his left ear.  Danny knew it was now or never.  He grabbed the goon’s gun arm and yanked him to the ground.  Danny immediately reached for his own pistol and, while the goon tumbled over him, Danny rolled toward the wall and fired two rounds into the Boss.

The Boss fell to his knees as Danny fired another two rounds into the goon, then turned and trained his weapon on the Boss.  “Now, what side of nowhere was that?”  Danny grinned.  “I’ll take that stuff now, partner,” Danny said using his free hand to motion for the Boss to hand it over.

The Boss was groaning, holding his hands over his stomach where the bullets had entered.  “I…I don’t have it with me, Dutch,” he confessed.

The back door opened and Hal and Pat stood watching, not sure what had happened.  “Get back inside!”  Danny barked.

“What do you want Dutch?” the Boss trembled.  “Money?  I’ve got money right here,” he said, extending his billfold.  “Tell me what you want and it’s yours Dutch.”

Danny stared at the Boss and smiled, raised the gun and put a bullet between his eyes.  The Boss slumped to the ground, the billfold in his hand.  Danny took the money out, then knelt over the Boss.  “I want to play poker with my father tonight, that’s what I want.  But it looks like you’ll be sitting in for me, you little runt.”

Sirens could be heard approaching as Danny went back into the bar, gave $100 bills to Pat and Harold, and said “Tell the cops it was self-defense and whatever else you want.  I don’t care because I’ll be gone with the wind before Johnny Law can figure it out.”

Danny went out the back door and kicked the Boss one last time.  “That’s from my Daddy,” he mocked, and then set out for his own part of nowhere. 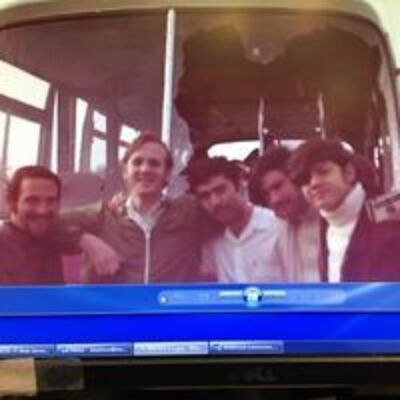 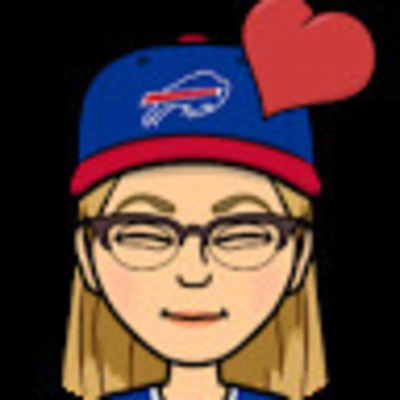 Thanks Amy. Glad you enjoyed it. I did like your story "Plenty of Thyme."