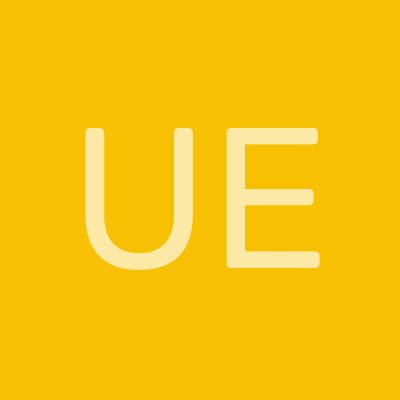 I had my confusion about so many things in life and the more I thought aloud about it, the more in exhaustible the list got. Joromi!! Are you okay? My eyes went from the flowery flip-flop to the mosaic apron that hung loosely round her neck and yeah, the brown wig that made her fairly tanned skin look older. It was my Mum. She had bashed into my room once again, and who knows what the command would be this time around. I stole a quick glance through my room, felt kind of relieved 'cause it wasn't too much of a mess. "The table for dinner should be set already and you'll need to see a doctor" she growled as she slammed the door. Did she think I was crazy? Dad had taken an off for the weekend. The bakery he worked at was a two hour drive from the comely town we lived in. It was always nice having him around, though I wouldn't get the chance to snuggle close to his tummy as I used to when I was little. But he brought some fresh air, at least there won't be any heated conversation between Mum and I tonight.

The sun grinned from ear to ear while spreading it's vibes as the hallelujah chores filled the air. Today's mass was brief, couldn't wait to get home. I had to complete"Perks of Being a Wallflower" by Stephen Chbosky (I wondered who was the recipient of Charlie's letter. It was a lot to share all those stuff with someone you didn't know). Mum kept shouting, "One more minute", but she took about one more hour. As a matron in the church, being everywhere was one of her duties , I guess. Dad had to be at work that afternoon, so definitely we had be on our way home. Had a couple of guys who hung around in the hood, none of which I was close to; they did weird things. Mum wouldn't even hear of such, she cared so much about her reputation. Sadly, much more than me. I don't know if that was wrong or right?

The week ran out so fast, probably because we were on holiday. A little break from the boring classes, glassed nerds, creepy looking bullies and most of all, voluminous assignment . High school was a life changer. Finally got an invitation for a party from Henry, he lived next door. We were of the same age (I was eighteen but he looked like he was in his twenties). Freedom knocked at my door so I had to cease the moment. My parents were out that night and I scurried right away to Henry's place. Just before I lifted the door knob, random questions ran through my mind; did I leave the house key at the secret spot, did I comb my hair, how did I look? And before I could take them down one by one, Henry was all ready to receive me, which I warmly received. "Hey man, the party's been on already, do make your self comfortable. Let me get you soda" he said and left right away. A quick scan round the room showed it was a party of mixed age with no adult supervision. Then my eyes caught Marykay's, she was with her crew members. She was cute ( fair ,tall, not too thick, nice curves and butt she had developed through yoga... Gosh!! Shame on me) but mean. Should have said hi than stare at her foolishly. Took a seat close to this guy who looked cool and quiet. He was staring too and this time around at me. That was weird ( was he gay? I sometimes had fantasy of being with a guy but didn't know if it was right, was it okay to try now?). "Hi there" was what he said as he gave me a handshake. It was warm, "I'm Joromi, it's nice meeting you". We listened to the music playing which was deafening. Outside was a better location. There, was love in the air and somehow our lips met but the joy was short lived. He turned round and walked away never turning back. What just happened? I couldn't call out to him. I didn't even know his name. Did I do something wrong? I walked back to the room and asked Henry for the soda he had offered me earlier on . The guys sitting around him jeered at me. Passing round was a wrapped paper with some whitish substance in it they called "Joy". The blue-eyed boy that took the last sniff whose eyes was already shooting red asked if I wanted to share. Of course, I needed "Joy " too. It felt light then it felt heavy, I woke up on my bed, I hope I didn't make a mess. "You screwed up Joromi", said Mum. Yeah I did and I'm sorry was my reply. I stood up and got ready to freshen up Mum held me back and spilled the news, your dad passed out last night. How, when , why was all I could mutter while I sobbed loudly.

Mum said he had slumped minutes after I was brought home from the party that night. The old man probably had a heart attack. Why wouldn't he when I was all he had. My screwed state scared him to death. Things took a whole new look after Dad's death. Mum's temper got unbearable. I've never raised my voice at her, but I did, "I wish you didn't give birth to me", I busted out. I didn't birth you either, he should have told you that before taking his last breath" she shot back. Now that was a lot of pain to carry with his demise. Could things get any better? No wonder why we didn't bond together. Two weeks past Dad's death, life was becoming unbearable. The pains, the grieve, the guilt I had to carry. Was there more I needed to know, my confusion tightened up the more.

It was another Sunday and probably the best day to kiss this world farewell. If nature couldn't take it's due course, then I'd take my life myself. Mum, sorry, Step-mum was off for mass as usual so no obstruction (not like she even cared). The sitting room would be the best spot , no one would be stressed out looking for my corpse. Just as I stepped on the stool with the rope just above me. I really didn't want to do this, I prayed God sent me an angel. Joromi!! Is that you? That voice sounds familiar I told myself and I opened my eyes to check. It was the guy at Henry's party. Today he mentioned his name," I'm Makanaki and I came to talk about the other night" he said. I had to come down and apologize too, "Sorry I tried to take advantage of you". "Why would you want to end your life this way?" he was curious to know. I told him how confused I was about what was wrong or right, how in reality I was lied to, how I was responsible for my Dad's death... life wasn't worth living. Makanaki, you shouldn't really be here I told him, but I wished he wouldn't leave and sure he didn't. Joromi, you know barking out this way means you're coward and definitely you're more than that. Those were just the words I needed to hear, some assurance that there was still some good in me. Makanaki saved my life that Sunday afternoon. I could only live to tell this story cause of him.

Your story was fabulously engaging! I loved the way you colour your sentences to make your writing vivid - "The sun grinned from ear to ear..." and "Freedom knocked at my door..." Cool😎 I also like the twist where his mom turned out to not be his real mom. Good story-telling. I would like to read another story from you :-)

Thank you Elizabeth 🙂... you'll definitely get to read another one

What a nice and bright concept. I must confess, you have good writing skills.

Liked it alot, had nice flair to characters too. I would appreciate if you drop some feedback on mine too, Stay safe!!

Thank you Ramagiri... I'll check yours too

That is really awesome! It got a beautiful message at the end. Well portrayed!

Thank you Simon... I'm glad you got the message