Freshly stained asphalt seeped into the mountain side encompassing me and my ragged apparel. The hills were before me. Everything around me was greater than me. Mountains towered over me, hills rose and fell in more consistency and promise than I’d ever known, the rocks grabbed my attention and told me of their role as protector of the earth, the animals lived along side me as if my existence has never crossed their mind as threatening, and now that I stood before them, such had not changed nor had any reason to.

I grew up in church and was always fascinated with that one verse where “Faith can move mountains.” Now, standing here, I finally understand it. Though, to me it’s not so much that faith moves mountains, but that mountains move faith. Five years ago, I looked out at the hills for the first time with eyes of longing. Longing to be lost in their expanse, safe in their vastness, sheltered in their boundless acreage. I once dreamt of the hills in moments of fantasy, in nights when the noise would only drown away in their portrait. Then, there came a time when that view conceived something: an idea, a plan, a sliver of hope in circling air.

I was tired of being suffocated by walls. Walls here and there and everywhere. Walls to sacred spaces where you are trapped. Walls where you are always cornered and always discoverable. Always chained inside some structure. My fists had been balled up at the idea of my bedroom for years by then. I had always gazed out at the hills in envy. That they were there and I was here. But then it occurred to me, as it would to anyone gone crazy confined in small, controlled spaces, that the hills were not to be envied, but joined.

I was tired of them taunting me outside “my” four walls. I was tired of noise on either side. Of boundaries and limits and rules and lines that can’t be crossed and adventures too big or drastic. I was born of the mountains, brought from the hillside, dressed by the blades of grass that sway with the wind in serenity and companionship. Out there, everything is one. Here, we are at war. We are enemies bickering about anything. We are voices cutting the peaceful air with bitter statements of malice intent, poisoned by our own CO2 emissions that were pure until they left our lips—tainted. I didn’t belong there. I didn’t want to cut the peace of the hills at the jugular. I didn’t want to hold the knife, bleed the words, leave the bodies. I wanted to fight with the hills. Breathe in serenity as I danced with the blades of grass in the wind, and we all made time for each other, pouring into one another, doing life together as it was meant to be done. I want the songs I hear to be the whistle of the grass, the call of the wild, the breath of the wind, the sizzle of the sun, the shadow of the moon awakening a whole new phase of the night.

I reached a point where life came down to two options: do it differently, or don’t do it at all. I’d held a gun in my hand for ages every night. I’d caressed it and examined it and considered it and learned all the ins and outs of it. I was ready for either option. It was just about the final call of which I would embrace. A final shout from yet another tainted factor of us, or denial of it all, a venture to escape, a risk of being caught, a thrill, a danger, an adventure. Frankly, the gun was my first choice. It was the only symbol they understood. If I left, they’d call me crazy, if I died by their own hand, they’d wonder and pity and consider. But then another thought occurred to me: was this for them or me? I had been playing by their rules and suffocating since the beginning. I had been listening and complying and silencing, dreaming of a life not dictated by their hand for as long as I could remember. And I was about to let them dictate the end? Over my never-dying body. To the hills I would go. To the hills, to deny, to prove a point, to be considered crazy, to set a precedent that perhaps only one in a million would admire or even understand, but I would do it nonetheless: I would finally live. The mountains had moved my faith, and now, my faith would draw me to the mountains. I would embark on what we were destined from the beginning with none tainted hands.

And now, I was there, staring at the mountains in front of me, the hills leading me to them. All just a few more steps away. For once, I felt a part of something greater. One with the sky, the heavens, the earth, the encompass of the universe. Connected as I had always been meant to be. I felt free, I inhaled clean air, I exhaled clean breaths, I felt genuine peace, and I was moved by something more than my own mind. Able to walk paths I never would’ve, climb boulders that once taunted me, now my greatest company. The crickets welcomed me, and the grass bowed as I joined it. For the first time, I was me. I was welcomed with open arms and valued with more treasure than everything embedded in the earth that had bowed to me.

For the first time: peace. Real peace. I could cry, and I did. And as I did, I felt something, and I fell back into the grass. I clutched my side, and crimson saturated my palm, but I didn’t feel the pain. There was still peace. The heavens were above me, and we were friends now. Family. I looked up to them and they smiled at me. What happened next, I will never forget. A voice, a voice without a face called out to me from above,

“Come home, Elias. It’s time.” When the voice finished speaking, the crimson on my side began to rise up into the air in singular droplets. The figure of a man appeared above me, olive skin and holy eyes. His hands were outstretched by his sides, as if welcoming me along with the beadlets in the air. His eyes never left me as the crimson began to stain him. First both his palms, then his feet, and the final placement resting on his side. It did not faze him; his arms were still outstretched to me. He said nothing, only smiled. Then, I myself began to hover, and as I did, I began floating towards him as the droplets had done. My body shifted from horizontal to vertical as I came closer to him. When I reached him, he finally spoke a word,

“It is time to go see my father. Do not fear, for I will speak on your behalf.” He then took my hand and led me into the clouds. What followed I cannot say, all I can share with you is this: the mountains have never been more surreal, the valleys have never been so lush, and the host has never been so pure and good.

That day, I did not only find freedom from the world, but a home beyond it. And never before have I been so baffled by what I was offered having done seemingly nothing to have earned it. I ran to the hills and was gifted golden paths. 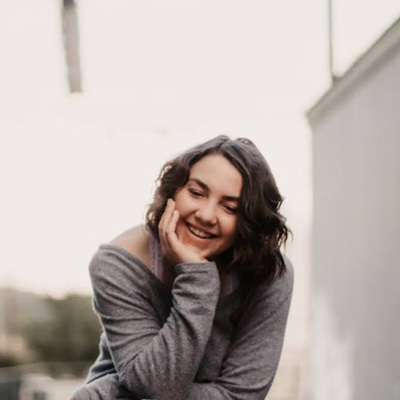