Submitted into Contest #119 in response to: Write a story that involves eavesdropping.... view prompt

Washing the dishes had never been so difficult for Melissa. Not so much because of the washing itself, but because she yearned to know what her husband and his old med school friend were talking about way down the hallway, in the living room.

As she sprayed the last of the bubbles down the drain, she wrestled with her feelings. Did she dare to tiptoe down the hall, stay out of sight, and listen? She cringed at the idea of eavesdropping… at first. But her need to understand what was going on with her husband, what was truly going on with him, was stronger than her moral distaste.

Creeping on stocking feet down the long, carpeted hallway towards them, she held her breath and listened for any creaks or groans from the flooring.

He called her about noon. “I’ve invited Joel home for dinner tonight. I have some personal things I want to discuss with him.”

That sounded ominous. Personal? At this point in their seven-year marriage, she thought they knew everything about each other. So, what does he not want her to find out now? He never asked a fellow doctor home for dinner before—at least not without his wife. What was going on with James, and didn’t she deserve to have that information?

During the call, she tried to appeal to him by sharing the menu.

His response to her meal offerings was clearing his throat and speaking in his curt monotone, the tone he used when he was annoyed but not ready to reveal it. “Alright.”

Couldn’t he at least sound pleased by her efforts? Would that be too freaking hard?

That evening, dinner conversation was strained, stilted, though having Joel there as a buffer helped to share the responsibility for table talk. Right after dinner, the men excused themselves and took their glasses of port liqueur into the living room, way down the hall.

Melissa waited till they settled in before starting down the hallway, then she kicked off her shoes in the bedroom and, holding her breath at first, moved towards them.

Just before reaching the open door, she leaned back against the white bead-board wall and slid down in silence to a sitting position. She was within hearing range, and hidden.

“It gave me some relief. But just physical. I still wanted her. Oh, how I wanted her.”

Melissa’s mouth dropped open. She thought back to that time James called her late at night, saying he had just gone into the hospital bathroom and masturbated. At the time, she thought it was strange, so out of the blue. Why had he told her at the time? And why was he telling this to Joel now?

James continued, “But one day she came into my office, said she understood I was married, but she wanted to have an affair with me. I crumbled. We kissed.”

Melissa already knew about that incident. But she assumed his crush on Nadia was over long ago.

“What happened after that?”

“Well… while I was finishing up my residency, Melissa was pregnant and visited her parents. While she was gone, Nadia and I made plans to meet at a hotel within walking distance of the hospital. She was there, waiting for me, but when I got there, I felt too guilty and just couldn’t go through with anything.”

“Yikes. How did Nadia react to that?”

“She was pretty understanding about it.”

This part, the hotel visit, while she was pregnant, Melissa never knew before. Her cheeks were on fire, her heart racing.

Feeling a sneeze building up, she panicked. Oh no. If James found out she was skulking around to listen, he’d be even more pissed than he is now. She held her breath, then pinched her upper lip and pressed it upward toward her nostrils. She stopped the explosion just in time.

Still, her mind swirled. How could he continue to condemn her, daily, when he had done the same thing that she had: sought connection. But he kept this ongoing emotional affair a secret, while Melissa confessed her previous affair to him.

In fact, his attraction to his nurse was even worse than her affair, because Nadia—if that was in fact the real name of the woman whose name he at first refused to tell her—in James’s opinion, had proper values he could respect. Unlike Melissa.

Melissa would never have left James for Chad. But her husband respected and wanted Nadia, and he did not respect or want her. Being unwanted was what she had dreaded her whole life. She put her head in her hands, closed her eyes and tried to slow her breath.

Part of her wanted to run back to the kitchen and cry, but the part that needed to know stayed put on the floor in the hallway.

Melissa could hear Joel’s high-pitched noises as he stretched and yawned. “What do you plan to do about your situation?”

Yes, Melissa thought, she deserves to know what he plans to do. It’s her future too. She moved a few inches closer.

“I don’t know for sure. I guess I should try to get my marriage on the right track before running off with someone else.”

As she heard his sense of burden and obligation about their marriage, an avalanche of shame suffocated her with memories of her mother saying she hadn’t wanted her, her grade school mates calling her hose nose and the high school boys who wouldn’t meet her eyes, came crashing in on her.

“Melissa asked me if I would do couples counseling with her. I feel honor-bound to do it. Even though I can’t see how our relationship could ever get better, she’s changed so much. She used to make pies three times a week. Now I’m lucky if I get one once a month.”

Joel said, “James Dixon, I don’t really buy your discomfort is about the number of pies she makes. What is the problem, really?”

“So, your feelings are hurt because you don’t feel like the most important thing in her life?”

“Yes, but it’s more than that. At this point I don’t think I can ever trust her again.”

Melissa heard one of them put a glass down on the coffee table. James’s voice came from higher up, so he must have stood up. Oh! What if he comes out into the hall?

James said, “I saw a slip of paper on her bureau this morning with a phone number on it and I worried it was some lover—new or old. I can’t trust my own mind. That’s the worst part.”

“When I married her, I assumed I was safe. I thought that she would never cheat on me and leave me the way my mother fooled around on my father.”

“Yikes. I never heard that about your childhood.”

“I watched my beautiful mother put on her stockings, French perfume, jangly bracelets and go meet some strange guy back in my father’s woodshed. So, I wanted to make sure I stayed away from beautiful women who would have the power to do that to me.”

Learning James had picked her for her absence of beauty back then, when she still had her hose nose, Melissa felt stabbed in the heart.

Then came James’s most hurtful revelation so far. “I felt manipulated into marrying her. When we had been dating for three months, she told me she was transferring to another college—leaving me. I had to propose to keep her there.”

Melissa felt the heat in her face spread to her shoulders and arms. This was far worse than she had even imagined.

He has no idea who she is if he believes she tried to manipulate him. Never would she have tried to manipulate anybody to marry her—she needed to be wanted. She was intending to transfer to the University of Pennsylvania before she even met him. It never even occurred to her that he would propose. Her plan was to transfer and later marry someone else, her time with James a pleasant memory.

Now, she had heard enough.

Creeping back to the kitchen, she poured herself a glass of pinot grigio and took it to bed with her. Pulling the jasmine scented top sheet up to her chin, she noticed a new looseness in her muscles and the corners of her mouth lifted up.

A surprising feeling was growing. Relief. She’d been struggling for three years, trying to decide whether to leave James or stay.

Now she knew what to do. It seemed the very grounds for their marriage were botched from the beginning. She would not live with someone who didn’t want her, and who, it seemed, had never wanted her.

Right before she drifted off to sleep, she also knew what she’d do about couple’s counseling. 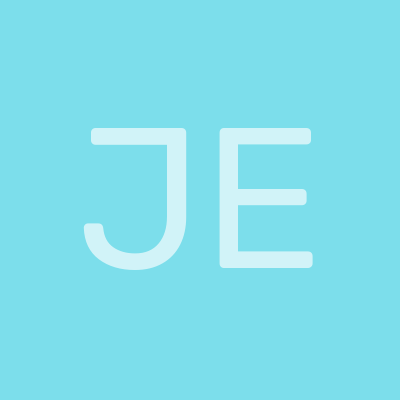 Ed and I enjoyed reading this story, and I was with Melissa all the way!

Thank you, Ed and Joan!

Aletta packs a lot of story into a small space! And the end is very satisfying. Well done!

An enjoyable read. It caught my emotions as if I were also eavesdropping on the men’s conversation. Somehow, I wish for more depth beyond the drama of the situation. I like the writer’s ability to consider philosophical questions, and wish for more of that depth.

This was such a delightful read. I especially appreciated how the characters came alive in it ... how their emotions and reactions to their mutual predicament were expressed, explored, and then resolved (at least by the wife, who was clearly the more sympathetic character in the story). I loved reading it!

This is a sad but fascinating story. . .