Submitted into Contest #11 in response to: Write about the moment a child (of any age) first comes to view a parent as a three-dimensional human being, and not just a parental figure.... view prompt

It was a perfect summer day, for it rained, the first shower of the summer. Every time it rained I remember wrapping myself in the blanket with a favourite book of mine, back then Austen I believe was my favourite author. Nothing much changed since then except for the fact that I no longer read Austen and has gained a few weight. Those were the sane days. There were a lot of things lying ahead waiting to unbox or so that’s what I presumed.

Ela had bought me some books to read this summer, I haven’t even opened her well-packed carton, it was heavy. I remember my mother crying while attempting to lift it. ‘Why do you even do that?’ I asked her. ‘Sadly that would cause me a visit to the clinic’ was her response. I never understood her or her odd sense of humour, all I knew was that she made the best coffee.

Freshly brewed coffee was placed on my writing desk. Sports magazines and newspapers were scattered on the floor, some even coated in dust. There was a crack on the ceiling and every day something would fall.

It continued to rain, and I thought of taking a book. If I am not wrong I haven’t read anything serious for almost, five years, and my mother used to often exclaim on how I changed from being a nerd to a hippie. It irked me and I always ignored her. I used to ignore almost everything my mother said. I know it was bad and it might have hurt her but I brushed off every single thing she uttered. I was not like that and I used to miss that person. I missed being with my mother in the kitchen watching her experiment cooking unique delicacies. The way I read to her from the latest local magazine, and the way she told me stories of her childhood days.

‘Marriage changed me’, she said, her eyes were plain and still, she looked unreal. I waited for her to continue but said nothing more. She looked like a portrait from a historical museum, I could see her become a person forgotten in history. A memory invisible and ghosted, I saw her change from being the mother I knew to a strange woman, I could barely understand.

‘That is not my mother’, I consoled myself. I don’t know why but something about her at that moment made me flinch.

I opened the carton Ela gave me, there were lots of books. I dug my hand deep and pulled out the last one in the right row, and it was Emma. I wanted to put it back but Emma held on to me as if we were stitched. I contemplated on whether to read or not, I don’t know. I didn’t know what I did. I never understood anyone around me, why Ela chose that book, questioned that I kept asking for a reason. Random thoughts continued to wander as my coffee got cold. I always loved my coffee hot.

‘You look hysterical’ a voice shrieked in and I dropped the book.

I dared not turn back and faced my mother. There was no mirror for me to see how I looked, and my own thoughts cut me in. Mother’s words continued to haunt me, I stared into the cracked ceiling and mother turned unfamiliar and strange with every minute.

‘Okay I bought you some ice creams’ she said and walked in with a rather sweet smile.

I looked at her, she looked calm, I envied that, I couldn’t be calm, and I can’t recall why that bothered.

‘You were my restless one’

‘That’s eerie’ I said and gave her a feeble smile.

She looked at me questionably, and I had the least idea of how to respond.

She placed the jar full of ice cream on the table and scanned around, ‘why you no longer drink coffee?’, her voice was sad and almost breakable.

‘Oh no!, I was kind of lost’, I said. I wanted to add that I was arranging the table or better I was unpacking the carton, but I said nothing. I allowed her to believe that I no longer drink coffee.

‘Should I leave the ice cream?’ her voice cracked but I ignored her for another nth time.

She left the room. I heard her steps fade away and the silence of her unsaid words echoed in my ear.

The ice cream was still on my table. It was my favourite, garden fresh strawberry. She used to make strawberry milkshakes where she even adds fresh strawberries if the season permits.

Frozen, I felt my eyes were frozen, tears piled up. I imagined her words and recalled her with father. The puzzled existence of happy family washed-out and mother for me was no longer just my mother.

This was not what I dreamt. A happy me with my mother and father faded into nowhere land. Later those days we barely spoke and even if we did talk it ended up incomplete just like her words. Either she left or I would cut in. It did occur to me that I made her more miserable, probably the only identity of hers I knew got bleached out.

For hours I sat in my room and watched coffee getting colder and colder and the ice cream melting away. It gave me a kind of satisfaction, a sad one I didn’t even know about. I longed to get up from there and run towards her but not even a finger budged.

What changed over those years, I don’t know. Probably I will never know, the only thing I knew is that it’s me and not her. My mother used to blame my school, I have heard her at times mutter in a hushed tone but then I know it’s not true. It was me and the uneasiness within me. I have been like this always except to my mother. It hurts, it bloody damn hurts and I don’t know what to do. 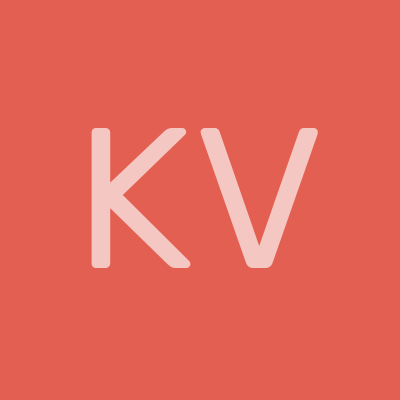 I can relate to this so much.