Submitted into Contest #149 in response to: Start your story with the flickering of a light.... view prompt 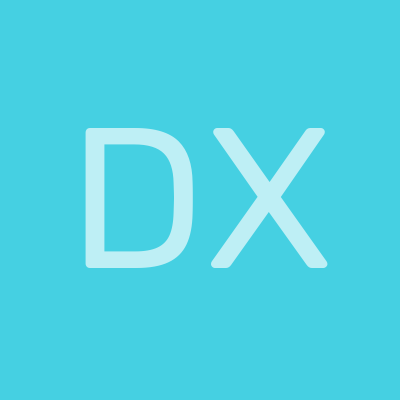 I can still recall the flashing blue siren on top of the Sheriff’s Ford sedan that flickered one last time after the Active Shooter blew it out with his 9-millimeter.

Now, I must tell you my story. Before an autopsy does it for me.

I’ve been speeding down the Highway of Fear for my whole life. As a little girl, I feared the monster under my bed. Today I fear the monster that breeds in my head.

I fear flying. I fear dying. I fear drowning. I fear bridges, balconies, parking garages, pools, bees, basements, and of course, the madness of living inside my mind. And so, I’ve spent most of my adulthood as a fugitive, on the run from life.

But hiding isn’t always possible, as I discovered while lodging at the Homicide Hotel in Durham, North Carolina.

My name is Alexus, which is not to be confused with a Lexus, because a trusty Toyota is the only car that I’ll ever drive.

In 2011, I made a beeline on the beltline for the green pastures of North Carolina. After ten hours on highway I-95, then I-85 (a straight shot with a twist), I landed in the serene town of Morrisville, North Carolina.

I fled from New York City to escape the crowded jungle and the merciless fashion industry, which discards models in their late thirties. The next decade was long, but my story is short. I ran out of savings and was forced out of the safety of my luxury apartment into my car.

I took odd jobs to get by and prayed for relief. As a devout Roman Catholic, you’d think I’d find God in St. Michael’s Roman Catholic Church in Cary. I didn’t. Instead, I found Him in the park across the street from the church. Bond Park is home to a friendly congregation of squirrels, crows, cardinals, and other beautiful birds. What better way to praise God and find peace by celebrating all of His creatures?

In 2020, I’d found an affordable studio in a Durham hotel called Settle Inn. It turned out that I settled into a very dangerous place. Police and ambulances were summoned day and night. Any given evening, I’d peer out the window and witness a sea of flashing blue lights. Police and ambulances. Shootings, stabbings, and overdoses. Two homicides in three months. This place was on a roll.

One night in August 2021, I woke to the sound of a gunshot and checked the WIFI on my phone so I could connect to a network and call 911. One of the networks said “FBI Van.” I began to suspect that perhaps law enforcement was using Homicide Hotel as a Venus flytrap, to capture every felon in the galaxy. I prayed for their success and my safety.

At first, the FBI presence was inspiring and I became emboldened. One August evening, I took the claustrophobic, shaky, little elevator to the third floor. Inside the elevator, I noticed the silly elevator certificate, featuring Cherie Berry’s photograph. She was the spokesperson for all the rickety elevators in North Carolina. What a gig! The certificate header said, “Department of Labor.” The line underneath said, “Elevator and Amusement Device Bureau.” What in the world do elevators and amusement devices have in common? Wait! I know. The rickety little elevator wished it were a roller coaster! I laughed out loud. “Mirror, mirror on the wall, who’s the craziest lodger of all?” Me!

I exited the joyride, intending to bring my neighbor Windy a few copies of Woman’s World magazine.

Windy was standing outside of her room in a worn bathrobe, smoking a cigarette. I said, “Hey, fashion plate” and as I handed her the magazines with my left hand, she reached out, slipped the long, thin purse string off my right arm, and whipped it around my neck like a noose. She was strong and agile for a stage four cancer survivor in her fifth decade of life.

Windy said, “I told you never to carry a purse around here.” Point taken. Note to self: Add fear of being strangled to the Fear Checklist. “Enjoy the recipes,” I said as I dislodged the noose and hastened back to my haven on the first floor.

For a few days after that, I continued to feel calmed by the FBI’s presence.

Until the night that I was confronted by an active shooter. And discovered that the FBI was nowhere around.

I’d just returned from “Vision Works” where I learned that mine didn’t. My peripheral vision was a bit worse than the previous year. Perhaps that explains why I didn’t see him. I didn’t hear him either. But I heard the shot. A deafening shot. My head snapped around and there he was. A handsome, twenty-something young man, dressed in Nike, sporting two notable accessories: a thick, shiny gold necklace and a big black gun, which I would soon see up close.

I had just stepped out of my trusty Toyota and calculated that he was about six feet away from me. Paralyzed by fear, for a picosecond, I could only stare. I couldn’t breathe or move. Was I going to have a heart attack, a stroke, or both?

He was tussling with another young man. They looked like movie stars filming a scene. But there was no camera nor a director to yell, “Cut!” and they addressed each other with profanities and racial slurs.

And that gun? It was a 9-millimeter.

At first, they didn’t notice me. Would I get lucky and make it to my room? During my lost decade, I beat cancer and even avoided a near-fatal car crash in Garner, completely unscathed. Was my good fortune about to run out now, just a month before my birthday?

The few steps to my door seemed like thousands of miles. My knees were buckling and I started to slide to the ground.

I prayed for courage. Then, I stood up for myself. Yes, my career had failed, but my life had not. I didn’t get this far only to be shot dead by a kid who was crazy, high on drugs, or both.

Then, another shot. The active shooter was now waving the gun around wildly.

But he hadn’t focused on me. Yet. I sprinted to my room, flattened myself against the door, and fumbled with the electronic card key.

Then, another shot. This time he saw me. I was a witness to an active shooting. And perhaps a homicide next. If I didn’t get into my room, there was a good chance that the death toll would reach three before the police arrived.

I had left my cell phone in my car. Would that be my fatal error?

Who would call 911? No one else was outside. I ran into the bathroom, locked the door, and sat on the shower floor in a fetal position. Staring at the popcorn ceiling, I identified familiar shapes. A strawberry. A smiley face. A staircase.

Then I heard a rap at my window and a knock on my door. Was it the active shooter?

I looked up at the trap door on the ceiling above the toilet. I stepped on top of the toilet lid, yanked the worn door open, and out popped a wooden ladder with enough rickety steps for me to climb.

It was a stairway to heaven through a narrow gate. Thank you, Matthew.

I grabbed the pocket knife and small lantern that I kept under the bathroom sink and made it up the stairs into darkness.

The lantern guided me down a long hall. I ran right down the hall and up, up, up two more flights of stairs and exited on the roof. As I slowly caught my breath and looked down upon the parking lot, I heard the sirens and saw the familiar sea of flashing blue lights.

Over a dozen police officers had arrived.

The Active Shooter was lying injured on the grass, as he made his final shot, which decimated the Sheriff’s blue siren. It flickered one last time, like a melting candle.

Two officers picked the shooter up, handcuffed him and his cohort, and were putting them away. Hopefully for a very long time.

I was on top of the building. On top of the world, really. Because against all odds, I had survived a near-fatal mishap. Again. I might not make it to the moon, but tomorrow, the sun would rise and I would begin a new chapter in my life.

Jubilation turned to sadness as I realized that tomorrow and countless more tomorrows after that, shootings and homicides would continue all over Durham, Raleigh, and now more than any other time in history, the United States.

The gross lack of gun control regulation in the United States impacts each and every one of us citizens every day and will continue to haunt us until Congress takes action.

How many people will be as fortunate as me to live to tell their tales? And how many others, fatally wounded, will have no choice, but to let an autopsy do it for them?

Hi all! This is my first submission and I'd appreciate feedback! Donna

Was this story inspired by the Robb shooting? If so, it was a moving tribute to the ongoing gun violence in the U.S. Even if it wasn't, I still found it to be a respectful yet realistic memorial to the conflict. Your writing style is witty and intelligent, and kept me reading the whole time. That's rare for me on this site. The like I gave you is well earned. Keep writing.

Thank you for reading and liking my story! It is a mostly true story about an incident that happened to me at a hotel. After the Uvalde shooting, I edited the ending with a call to end gun violence.

Of course! Oh my goodness, that's crazy!! Yes, it needs to stop. It's gone on far too long. In my opinion, it should have ended with Columbine. And yet here we are 23 years later, disturbed but unwilling to do anything. Sorry, I just get very passionate about this subject.