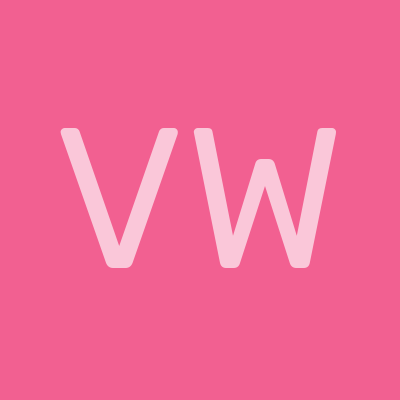 The torrential rain hit him instantly as Leonard stood in front of his parent’s house. He had no recollection of how he got there, no idea of what he was doing a second before that moment. It was like his mind was wiped clean except for that one goal: to prevent the worst mistake of his life, and the awareness that the special golden watch in his hand had given him limited time to do it.

A calm voice came from the watch. “Time Dilation commencing. “ Before his eyes the rain droplets froze in place. He gulped and told himself to breath. He didn’t know how much time the thing would give him, but he guessed not enough to dawdle.

He sprinted, tripping over himself within the first few steps and plummeted face down in the mud. He felt the hot whiplash across his cheeks, cursing at his own clumsiness.

He shot up, undeterred, the muddy underground from his feet threatening to topple him again. He peered down at the gold stopwatch he clutched onto tightly. The hands had stopped. He ran down the cobbled steps toward the familiar three-story house.

The image of his wife Samantha’s fading eyes, her sunken hands reaching for his shaking ones as her pale blue lips parted. “I love you,” she whispered. In the next moment, her breath left her body and he watched in horror, oblivious to the tears streaming down his own face. She wasn’t supposed to have left him this early. They were supposed to have died together after having lived long, full lives.

A shot of adrenaline coursed through him. “Three…Two…One,”

He turned the knob.

The living room was warmly lit with Christmas lights strung across the walls. A giant pine tree was plunked in the middle, adorned with a standard set of ornaments his mother had purchased last minute. His father was in between a laugh and a swig of vodka at the end of the table. His scruffy beard hid his thinning face, a result from his long battle with alcoholism.

Leonard remembered it now. His father, Bill, had insisted to “toast to the good news” despite everybody's objections. He instinctively pulled the shot glass out of his father’s still hands and set it on the table.

Although it was a few months ago, the events of that night was all coming back like it was yesterday.

All the extra flourishes, the red tablecloth and gold rimmed plates and cups were new.  The spiced honey ham was the centerpiece along with sides he hadn’t eaten since his childhood. There were even cranberry tarts with whipped cream in the middle, a favorite of his he’d begged his mother to make for him every year. And every year she refused with the same excuse.

“Not this year, honey. I’m a little too tired.” In reality, he knew the real reason, and he was standing in the living room after a decade of being an absentee father.

His mother stood adjacent to his father, one hand awkwardly holding the other arm. She stared at him from the corner of her eyes and had on a timid smile. She had spent hours preparing the dinner and keeping up with appearances to prove they had lived well enough despite Bill’s abandonment.

Seeing them together after years of being apart, was a monumental moment in of itself. His father, although he would continue trading peace and happiness with alcohol, was giving a rare smile. And he thought he’d never see his mom smile standing next to Bill again.

If he were to carry through with his plans, he’d wondered if he would make things worse between them because that night changed everything.

Leonard’s eyes turned to Samantha at the end of the table. Both her hands were pressed down on each end. Her fingers curled and tensed with excitement as her eyes sparkled with happy tears.

His heart tugged and before he knew it he was in front of her. Perhaps it was because she was standing below the chandelier, but she was the brightest figure in the room. He took a hand and cupped each side of her face, as his heart threatened to break. He inhaled sharply, his breath becoming ragged as sobs came over him.

He enveloped her in his arms and tried to pull her in as tightly as he could, afraid that if he let go she’d disappear. But hugging the frozen in time Samantha was akin to hugging a hologram. There was no weight to her body and immediately the sensation snapped him out of his grief. He was reminded of the watch in his left hand. To his relief, the hands had not moved yet.

He kneeled down in front of her, in the room with his frozen family members during a Christmas that happened months ago. The weight of the moment came crashing down upon him and held him there.

She had tried, countless times before to have a baby. He remembered the trash bin filled with negative pregnancy tests and her on the bathroom floor in tear-soaked pajamas.

“What’s wrong with me?” she said, as he went to hug her, her arms hanging limply by her sides.

“Nothing’s wrong with you. You’re perfect,” he had said.

They would continue to face disappointment for months, and those months quickly turned into two years. It was a brutal cycle of doctor’s appointments, injections, and disappointing heartache. He had worried if they kept going through the taxing ordeal, Samantha might even lose herself.

“Let’s look at other options. We can always adopt,” he suggested after an especially hard day.

That day she went in to the doctor’s office for one last round of injections and the following week after, when Leonard was sitting in their living room he heard her screaming upstairs. He sprinted, flinging open the door to see her crying as she sat on the toilet, her hand waving the positive test over her head.

She had wanted to give them a family, and he was about to take it all away. He looked into her glistening eyes from below and suddenly felt like the dirtiest scum. A trickle of bile came up his throat as he clenched his stomach. He raced over to the bathroom sink and vomited everything out until there was nothing left.

After he finished, he slowly walked back to the happy scene, aware that he didn’t belong there. The tormented, grieving Leonard didn’t belong at that moment. He needed to go back to his reality soon. He needed to make a decision now before it was too late.

He couldn't do life without her. She had been everything to him, the only light to his sad life. The only happy family he’d ever known. And she would eventually get over this loss. They would get over it together and live happily once again.

From his pocket, he took out a small white pill and, gingerly parting her lips with his fingers, made to shove it into her mouth before he hesitated. He thought back to the day of her passing, and the warm bundle being passed to him as he sobbed uncontrollably on the hospital floor.

In his darkest moments of grief, he could not think about being a father. There was no room, the enveloping pain had taken over every last space in his heart. He had not even given the baby a name that night and immediately asked the nurse to take it away.

If he did this, though, would he be okay with it never happening at all? He told himself it was fine, anything to erase the pain he’d felt from losing Samantha.

With shaking hands, he willed himself to tip the pill into her mouth but jumped up upon hearing the sound of ticking and dropped the pill. It rolled around the room landing underneath the dining table. Was time beginning to start up again?

Gripping the watch in his hands, he glared down at it and waited expectantly. When it didn’t move after a few seconds, relief washed over him.

"I must've imagined it," he said shakily. He picked the pill up again and was about to dust it off when the sound of another tick reverberated throughout the room.

“Time dilation ending in eight seconds…” In frustration, he shook the thing.

“Could’ve given me the ten second warning!” he shouted futilely.

He would need to hurry. His thoughts darted back and forth from one moral dilemma to the next. He could save his wife from a painful death, and they’d both be given a second chance. Or he would let her die. The answer seemed easy.

The clock ticked again faster now than before. And yet there was something that was holding him back. He threw his hands up to his hair and tugged. He would choose happiness. He prepared the pill and hovered it in front of her mouth again.

“Just do it,” he said with ragged breath, but his hands froze as the sound of a crying baby flashed through his consciousness. His vision became blurry and his mouth dry as a desert. The clock ticked again.

In the last few moments, his mind rewound back to the first time they met in front of the university halls. He’d seen her from across the room and they locked eyes. They would hold hands and walk along the campus grounds nightly, telling each other everything underneath the stars. They held each other through the darkest storms and celebrated the happiest times.

She was the reason life was worthwhile.

Tears streamed down his face. He didn’t want to lose that, again. He had to save her, had to get her back. He needed her.

As the clocks ticks dwindled down to the very last, Leonard got to his feet and embraced his wife.

When the last second passed, the room shifted and his consciousness faded to darkness.

On top of a rolling hill near the college campus grounds where he had met Samantha, Leonard stood overlooking the bright sunny skies. It had been cloudy weather for the past few weeks and today had been the first day the sun had broken through. He thought back to how it was when the days had been dark, how his mentality had synced with the weather.

He was a different person back then. At the moment he felt lighter and—dare he say it—happier. He smiled looking at the figure running toward him and opened his arms wide for the oncoming embrace.

“Daddy!” He hugged his little girl, a daughter he named Nova. His parents had come together to name her after Samantha had died.

Very innovative. The language is flawless and narration beautiful. Kept me engrossing. A touching one.

Thank you so much for the kind words!