Submitted into Contest #154 in response to: Write a story — romantic or not — about two characters who can’t find the right timing.... view prompt 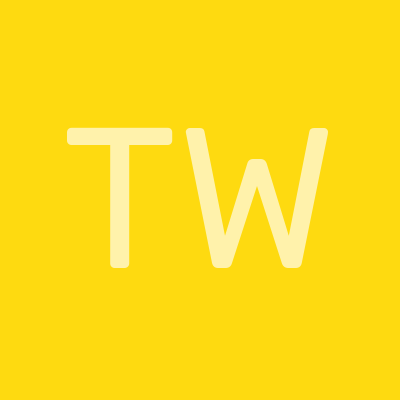 “Tess?” comes a familiar voice from behind me. I turn slowly and see the face I’ve both been dreading and hoping to see for years.

“James!” I gush and go in for a hug. I feel his arms close around me and it brings me a sense of joy I haven’t felt in a while. “How are you?”

“4 years,” I answer, just a little too quickly.

“What are you doing right now? We should grab coffee,” he states emphatically, not allowing me to say no.

As if I would. I’ve been waiting for this moment for a very long time. I have so many questions. Is he happy? Does he think of me? Often? Does he regret the way we left things? Does he miss me?

We make our way out of the convenient store and down the busy street. It’s lunch time rush so people are milling around, rushing to get something to eat and make it back to the office in time.

He says something to me but I’m barely listening. I squint up at him, the sun shining behind him, forming a halo around his head. I’ve missed just looking at him.

I’m a little embarrassed that after four years I still have these lingering feelings, that I still wonder about him. But I feel what I feel.

“Uh.. about what?” I laugh nervously.

He chuckles indulgently, “still my same old Tess, aren’t ya?” He bumps into me playfully as he says this.

His words make my heart race. My Tess. I haven’t been his Tess for a long time.

“Jarryds?” he repeats, asking if I’m happy with his café of choice.

We walk into Jarryds and I’m reminded of all the times we walked in there together. Sometimes smiling. Sometimes laughing. Sometimes barely speaking to each other at all. I shudder at those moments.

Once we are seated and placed our orders, James takes a deep breath and looks at me longingly.

No. I’m imagining myself, right? I must be.

“Tessa, my Tessa. How have things been? Catch me up,” he says eagerly.

“Well.. my mom still asks about you whenever I speak to her!”

“It’s a curse all women who know me must bear, unfortunately,” he makes this faux sympathetic face and it takes all my willpower not to grab him and squeeze him in my arms.

You know when you stop being with someone, with someone that you love, missing them is.. is.. more. You not only miss their presence. You miss their quirks, their facial expressions, their habits. You miss moments with them. You miss the responses you might have gotten from them, the laughs. You miss everything.

I wish I appreciated those moments more when I had them.

“You know, I once firmly believed you and I would get married and have lots of babies,” he admits, gazing off.

“Yeah?” my heart begins to race once more. I’ve never admitted it outloud, not even to my best friend but I believed the same.

James and I met on Tinder *scoff* while we were both in varsity and neither ready for a relationship. We enjoyed ourselves. We enjoyed each other. Until one day, he just disappeared on me. I messaged him on various social media platforms, I contacted his friends and I must admit, I felt no shame doing it because James was my best friend. And if your best friend just disappears, you do all you can to find them, right?

Eventually I realized that I had been ghosted. James had ghosted me before I even knew that the term existed.

He had become such an integral part of my life. He was very often the first and last person I would speak to everyday. My family knew him. His sister was a very close friend of mine. And then he was gone and there was this big, gaping hole in my life.

I cut my losses and moved on. I learnt to live without him again.

And then one day, I was at a market, minding my own business and who do I walk into? James. He apologized profusely and I’m proud to say, I made him work for it. Oh boy, did I make him work for it. His explanation was that things between us were getting too serious and it freaked him out and obviously, his only solution was to completely disappear out of my life.

We very quickly became friends again. I was surprised that he hadn’t tried to jump my bones the first chance he got but I quickly found out about his girlfriend.

I say through gritted teeth. I think we were both a little (read a lot) threatened by each other. We pretended to get along of course, in the way that women do.

At one point he and Sarah decided to give it another go and I decided I would just wait them out. They’ll break up eventually. And so I waited. And waited.

And then things got pretty serious; they were looking at engagement rings. And I decided I would stop waiting.

We were away for the weekend. A “double date” weekend away and our partners were both asleep.

“You know that’s not what I mean.”

His eyes were hungry. Face serious.

Next thing I knew his face was pressed against mine. His hands moved hungrily up and down my body. Mouth in my neck. On my collarbone.

I told myself to stop but I was at his mercy. He had me. He always had me.

And as fate would have it, my boyfriend walked into the kitchen right at that moment.

There was a huge blow out. Fists were thrown. Relationships were broken up.

A part of me was relieved. I was making it work with this person who I didn’t really see a future with and now James and I could finally be together.

Only, James had another idea.

I saw him two days after “the war of ‘09” as we would later call it. Nervous. Excited. Eager.

I imagined that James would see me in my pretty new dress, all dolled up and he would embrace me, and tell me that it’s our time. Instead, he told me that Sarah is going to work on forgiving him and that he is going to try and make it work with her.

We had a huge fight. The biggest fight we had ever had. I mean, how dare he?? He told me that he missed me. He broke up my relationship. Eddy was ready to forgive me and I said no and James decided to give it another go with little miss Sarah? I was livid. Words were exchanged. Harsh words. Things that I had kept in for years, bubbled up and spilt out of me like venom. There was nothing I could do to stop them.

That was the last time I spoke to James.

I give myself a mental shake and bring myself back to the present.

“What about you?” I ask. “Catch me up. Are you still dating little miss Sarah?” I joke.