A deal with the devil

I met the devil at the crossroads of my life. He offered me my heart’s desire in exchange for my soul, and fool that I was I took him up on it. In my defence, I thought he was joking. I didn’t know he was the devil. He didn’t have a pitchfork or horns or anything. He was just some guy.

We met in a dingy basement bar. I was six whiskies deep and hoping the seventh would bring oblivion when he plonked himself down on the stool next to me and said I looked like I could use some help. I snorted.

“You’re running out of time.”

I set my glass down with the exaggerated care that only the drunk and the terrified can manage.

He smiled. “I’m not working for him.”

“Huh.” I finished whiskey number seven in one gulp. It wasn’t working. The stool was swaying so much under me that I could hardly keep upright and my senses had been smothered in a haze of alcohol, but my memories only seemed to get sharper. And with it the knowledge that I had about twenty-four hours left.

“I swear. I’m not some goon sent to threaten you.”

“I still have until tomorrow night.”

“And will have done it by then?”

“I thought so. You don’t even know what you’re going to do.” He caught the barman’s eye and ordered two whiskies, one of which he slid in front of me. “Like I said, I can help. I’m here to offer you a deal.”

“Do I need?” He grinned at me. His teeth were white and regular. If he’d had fangs, or even a gold tooth, I might have been a bit more suspicious. But like I said, he was nothing out of the ordinary.

“I’m not asking for anything you can’t give,” he said. “What I want is your soul.”

“My soul? You mean, you want me to join your, your -” I couldn’t wrap my tongue around the word ‘organisation’.

“No! I mean your actual, real, immortal soul.”

“Huh,” I said, and tried to remember whether I believed in souls, immortal or otherwise. How do you hand a soul over, anyway?

What the hell. I didn’t have anything to lose.

“All right.” I picked up the whisky he’d ordered for me and clinked my glass against his. The whiskey was a deep amber colour and had a flavour profile that spoke of twenty years spent in a barrel on some remote Scottish island. It was totally wasted on me after seven shots of paint stripper.

The next thing I remembered was waking up on my sofa with a crick in my neck and a throbbing pain in my head. My mouth felt like something had crawled into it and died. I pulled myself towards the kitchen in search of water and painkillers. There was a fancy new coffee machine on the kitchen counter. A post-it note was stuck to it: I’ve given you what you need (the coffee is complimentary). It wasn’t signed, but there was a tiny drawing of a smiley face with horns.

I was pushing a couple of buttons on the coffee machine when my phone rang.

“You’re free.” It was the Voice, the voice that had haunted me for weeks.

“We won’t contact you again.” There was a slight pause, then the Voice hissed, “I suggest you move. Far away.”

Behind me, the coffee machine began to whir and hiss.

The coffee was the best I’d ever tasted. I sipped it and my hangover was gradually replaced by a sense of confusion. The phone rang again while I was still trying to piece together what had happened the previous night.

“Good morning,” said the guy I’d met in the bar. “Everything satisfactory?”

“Excellent.” There was no hint of gleeful cackling in his voice. He sounded pleasant, like a weatherman. “I believe that leaves only your part of the deal.”

“My soul.” Time to learn what kind of gang I’d involved myself with.

“Exactly,” he said. “I’ll collect it upon the moment of your death. Shouldn’t be long.”

“What?” I dropped my mug and it shattered on the floor.

“Oh dear, you haven’t seen it yet, have you? Your left forearm.”

“It’s a countdown, in minutes, to the moment of your death.”

“It happens sometimes,” he said. “People freak out when they realise they’ve sold their immortal soul. They can’t live with it. You’ve still got that gun, don’t you?”

He said a cheerful goodbye and hung up.

I sat down on the kitchen floor. My rational mind was trying to construct logical explanations. Last night, drunk me had won the lottery, sent a suitcase full of money to the Voice, and bought a fancy coffee machine. Or, the guy from the bar had exerted some pressure on the Voice and in return he owned my soul, figuratively speaking. Or, there had been a police raid that had resulted in dozens of arrests while all evidence pointing towards my involvement had been mysteriously destroyed in a fire.

I rubbed my forearm. Was it a practical joke? Could someone have implanted a screen just under my skin?

I still had the gun of course. It was a dodgy Eastern European thing without a serial number. The Voice had sent it to me along with a photograph of one of the city councillors as an alternative means to settling my debt. The words “I know where your sister lives” had lingered unspoken in the air.

What a choice. Be a killer, or watch your sister die. What will it be?

A third choice: sell your soul. Easy. Souls aren’t real, are they? What would the devil even need souls for?

Would it be painful? Would I feel my soul burning in the fires of hell forever? Or would I just disappear? Was that it? No afterlife of fluffy clouds and heavenly choirs?

I got up and retrieved the gun from the back of my sock drawer. It was heavy. It looks so easy in the movies. People just pull the trigger and the bad guys drop down dead. I figured there’d be more blood and screaming in real life, not to mention terror. And guilt if you aimed it at someone else.

I sat on the ground facing the door with the gun held loosely in my hand. Could I live with the knowledge that I’d sold my soul?

Could I shoot myself?

I looked down the barrel of the gun. Then I pointed it at the door instead.

Could I shoot the devil when he came in?

I literally loved this story. I'm so glad I stumbled on it while I was looking for some inspiration for a mystery/ thriller piece I'm thinking about writing, and this really was amazing! 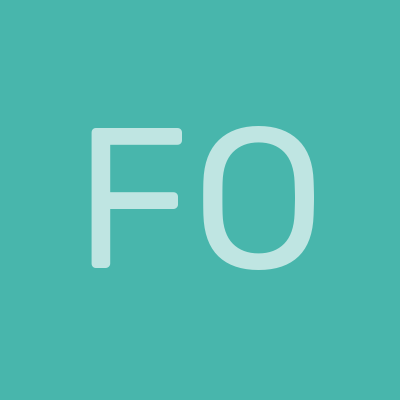 The story was amazing and had all the tension, surprise, and character development a short story thrives on. I enjoyed the devil character being introduced very early in the story and how the story focusses the protagonist after that interaction. I particularly loved the suspensful ending that left the final interraction of the protagonist with the devil open to the reader.

This is awesome! Great ending!