Submitted into Contest #19 in response to: Write a short story about someone watching a convincing infomercial. ... view prompt 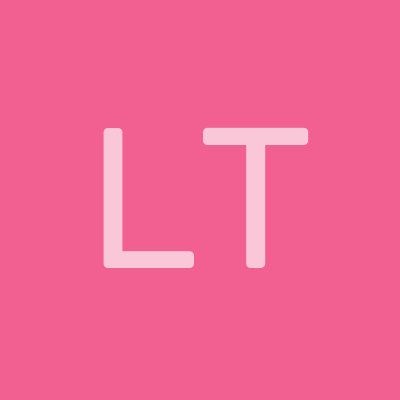 Bob slumped on the rust colored velvet sofa, pillow wedged behind his aching back, eyes scanning the worn edges of the cushions, threadbare from 37 years of people, dogs, and grandchildren climbing all over them. Well, grandchildren were people too. He knew that of course, Ruth reminded him of it every time the little hellions were about to descend. A noisy lot they were, always circling the room in battle mode, imaginary weapons at the ready, chairs, tables and the old sofa serving as mere objects off which they could launch themselves into the next military crouch. Theo, the youngest and wildest of the bunch, still bore a little dent in the middle of his forehead from one attempt at hurdling the dog gone awry. Bob shuddered remembering the resounding thunk, the ear-piercing howl, and the golf ball sized lump that immediately cropped up, as though someone had literally inserted a golf ball under his tender skin. Ah, golf. He missed it so. The memories were visceral—rubbing his thumb over the dimples on the ball as he considered his next shot, feeling the springy cushion of the tee, the liberation of the practice shots, the palpable satisfaction of clean contact. He loved Ruth, of course, and his grandchildren, but not like he loved golf. Golf was his peaceful companion, it didn’t ask anything of him except that he try his best, and when he was not at his best, golf didn’t look at him with that air of regret and disappointment. No, golf was easy, carefree, uncomplicated. Just show up and play. That he, a relatively able-bodied man of 79 years of age, could no longer do so was a heartbreak, a travesty, a cruel joke.

A flash of green on the perpetually lit TV caught his eye. Golf? He didn’t even watch golf anymore, it made him too sad to see others doing the one and only thing he still longed to do in life. But, he liked the background noise of whatever mindless trash was on the TV. It helped him feel less lonely while Ruth was off with her friends, her church group, her volunteering. She had the energy of a woman half her age, constantly in motion. All those years that he was playing golf almost daily, he didn’t realize how few hours she spent at home during the day. Maybe, he’d recently decided, it was to avoid the chiming of that goddamn grandfather clock, relentlessly broadcasting the passage of time and the rapid approach of their ultimate demise. He’d wanted to get rid of that thing years ago, a menace perched in the corner, overseeing the entire living room, but Ruth would not hear of it. They’d purchased it for their first home, that sprawling ranch on the other side of town, five bedrooms and a big back yard to accommodate all those kids they were going to have. The massive walnut dining table, with two extra leaves stored in the basement, was surrounded by eight amply-cushioned high-backed chairs, and flanked by an imposing china cabinet and matching sideboard, leaving one sad little corner looking forlorn, Ruth had said. And so, the grandfather clock. It was the only item that had accompanied them from that house to the smaller one 25 years later, once all the kids were grown and gone, and now to this tiny apartment in “independent living.” He glared at the clock, imagining it as a sentient being that knew all his secrets, his triumphs and failures, and, worst of all, the prostate problem that had stolen from him the greatest love of his life, golf.

He returned his gaze to the TV, noticing the warm murmur of a female voice, observing the lush greens sprawling out behind an older man poised to tee off. But wait, what was the man wearing? A skirt of some kind? Bob pulled his glasses up from where they hung dejectedly around his neck onto his face and then, unmoving, scanned the room for the remote, heaving himself into a more upright position as he realized it was right there, amidst the Readers Digest magazines and discarded tissues on the oval coffee table in front of him. He picked it up and clicked the button to increase the volume. Nothing happened. He whacked it with his hand, an old trick from his days as the go-to guy for any mechanical problem in practically the entire neighborhood. Still nothing. He opened the battery compartment, gave them a little spin and reposition. Nothing. And then an epiphany. He turned the remote 180 degrees and clicked again, vigorously, and the sound shot up so quickly he nearly dropped the damn thing. The camera had zoomed in on the golf club and a woman’s voice was saying something about a secret reservoir. He heard the name, Uro Club, and it brought to mind Europe and foreign currency and Brexit, until he was struck with a wave of disgust upon realizing what the “uro” referred to. It was a piss club! A realistic looking golf club with a hole into which they were encouraging actual adult men to piss! Jesus, what was the world coming to! Even Theo at age 7 would have more self-respect than to stick his dick into a faux golf club to relieve himself.

Perturbed as he was at the concept, Bob could not avert his eyes from the screen. There they were, three old men, older than him, certainly, playing golf and pissing into their Uro Clubs, little green towel-like cloths hanging from their belts. The narrator’s voice was charming, conjuring up an image of a young, fresh-faced woman in a gingham dress, hair pulled back into a neat ponytail, gently encouraging the old codgers to let nature take its course right there on the green, into their clubs, which they held in front of them like, well, like giant dicks if he was being honest about it. Mortifying!

He turned the volume up a bit higher to hear what that lovely woman was saying about the Uro Club. Sanitary. Well, that’s important. Discrete. He guessed the “privacy towel” gave the illusion of discreteness, but to him, it was still pretty clear the guy was taking a piss, right there on the tee. Leak-proof. He laughed out loud. Leak-proof! How about leak-enabling? The commercial, which had already been running for several minutes at least, continued, as the images of the satisfied golfers, unencumbered by full bladders, flashed across the screen. They were talking, laughing, climbing in and out of their golf carts with ease. They were so carefree, completely oblivious to the impending threat of the body’s unyielding needs. The guy with the red striped shirt hit an impressive drive, reminding Bob of his old pal Jeff, a fixture in the foursome he used to play with. Jeff was a young guy, just 62, with a hell of a short game and a handicap of seven. A gentleman, for sure, but Jeff had a ribald side too. He wouldn’t care if Bob was pissing into a club. Come to think of it, Tony and John wouldn’t care either, probably wouldn’t even notice half the time, so absorbed they always were in their political debates. And if he had a jacket on, he imagined the open sides would offer some shelter to the privacy towel, at least from certain angles, and no one would be any the wiser. He could bring some of those hand sanitizer wipes along in the little packets like his daughter used with the kids so there’d be no worry about contaminating his real clubs.

Bob sat up straighter, a fluttery feeling in his chest like you get when you’re first in love. He could get his ass off this stupid old couch and play golf again! Ruth would wonder how the change came about, but her joy at his golf renaissance would distract her from the unsavory details. He stood up and stretched his arms high above his head. He grabbed Theo’s whiffle bat sitting in the corner and swung it like a club, barely missing the cut glass candy dish filled with Hershey’s kisses on the side table. Golf! He picked up the phone, dialed the number (1-800-PEE-FREE), and waited. A lovely voice welcomed him to Uro Club, as though it was a secret gentlemen’s society. “May I help you?” she cooed. “Uh, yes,” he said, feeling the blush rise in his cheeks, “can you tell me the volume of the reservoir?”