Submitted into Contest #120 in response to: Write about a character who yearns for something they lost, or never had.... view prompt

Her name was Camila, meaning "the one who awaits the sacrifice." She was a young woman in her late 20´s, petite, with tanned skin, dark hair, olive eyes, and thick lips of deep crimson. She was a psychologist studying gender violence with a scholarship. Boris was three years younger, big and red-haired, just like his Scottish ancestors. He was about to graduate from law school as one of the most outstanding students. He had an interest in criminal cases, having always been obsessed with whatever reasons led murderers to commit atrocious acts.

A mutual attraction arose between Camila and Boris from the first time they saw each other in the community college library. A small educational institution, but with great academic prestige, inserted in that picturesque southern Texas that bordered with Mexico. His evening flirtations with furtive glances through the pages of the books changed in a few days into walks that culminated in the early hours full of caffeine.

They talked for hours about true crimes, recent and old, and usually focused on gender violence. They passionately expressed their opinions and pretended to be analysts of the mind and the heart; they often disguised themselves as judges, trying to reach verdicts and passing sentences. They appeared to be a couple that could succeed not only on a personal level, but on a profession one as well. They knew that, and often thought of themselves as a power team.

The sense of well-being encompassed her intellectual, emotional, and sexual side. They felt loved and decided to move on to the next level of bonding. It was not difficult for them to leave the university dorms and they rented a small cabin in the wooded area near campus. As if they were newlyweds, they creatively decorated the place and organized their agendas and schedules to fulfill their studies and housework.

Every night they created new forms to love each other: seduction was the preamble. They played to slowly shed their clothes and provoke an eruption of desire. They lined the floor with roses, and rolled over to finish tattooed with yellow and red petals. They sipped sweet wines from glasses formed by the concave shapes of their bodies. Their skins reacted to the texture of fabrics that swirled like waves on the bed: silks, velvets, satins. They caressed each other by smearing almond, mint and cinnamon oils that turned them into a single aroma. Every moment new and better sensations came, and every moment too, they wanted more.

It all started with a slap that Boris justified as a drunken outburst, for which he constantly apologized. Camila forgave him without question. The traces of the blow on her cheeks had not disappeared when he attacked her again. But the second time she reacted differently: she scratched him leaving streaks of blood on his face. They cried together, they hugged and, without understanding it, they felt an immense sexual desire from their fights. Day after day, the wounds become more painful, but that only gave them increasing pleasure.

Their prolonged absence from school caused concern among classmates and teachers, and forced authorities decided to visit their home. The cops were shocked to see the disorder inside the cabin: plates of food and bottles of alcohol everywhere, ashtrays full of cigarette butts, dirty and thrown clothes, disorganized furniture and a locked-in smell that they couldn´t bear for more than a few minutes. But what most worried them were the marks of violence on the bodies of Boris and Camila. However, after an outdoor chat, the couple begged not to lose their scholarships and promised to go back to college and behave. They took longer to say it, than to not comply. They had one week as limit time to return to classes, but the period expired with their absence.

One day Boris woke up late after another night of outbursts, and found two letters laying on their doorstep. One for Camila and one for him: their scholarships were suspended and both expelled from college. He couldn’t stand being insulted in such way, not someone as smart as he was. His ego was hurt and his future cut short, and the anger he felt far outweighed his love for Camila.

The red of the blood on his face grew stronger from the anger that ignited him. He went to the bedroom where Camila lay exhausted and lost in dreams, he abruptly mounted on her small body. He began to beat her face, her breasts, her stomach; he squeezed her arms feeling her bones break and her skin open revealing her depths. He yelled at her that she was responsible for what happened; he blamed her for the failure of his future; he accused her of provoking their mess. He became Adam, Eve's victim just like the Bible says, and he should punish the sinful woman that cause his misfortunes.

Camila woke up so violently that she didn´t understand what was happening. Her eyes were flooded with tears. She couldn´t utter articulate words, only screams and groans of pain and agony, until she stopped moving and her body fell silent. When Boris noticed the immobility of his lover, he shook her, yelled at her, begged her to react, cried, asked for forgiveness, but there was no response.

Boris's mind was a web of total confusion, lost without an ounce of logic present. He was unable to understand nor was he aware of what he had done. All he could hear was his troubled heart, so he went to the kitchen, took a knife, and slit his throat. His huge body fell on the floor and his eyes remained fixated on nothing.

The cabin fell silent. It took several days until the passers-by who walked by every day and heard the music and the cries of song and pleasure from the couple, notified the authorities that something strange was happening. When the police arrived, they saw a scene of only violence and horror with a man bleeding on the floor. They entered the bedroom, and found a small female body naked and wounded on the bed. There lay Camila, emitting moans of the last breath of life left to her. She was barely alive, but she had miraculously survived.

Many years later, an aged woman was working in the public library of a small neighboring town. Her face was full of scares, and her eyes had no life in them. She didn´t talk to anyone, had no friends, and she only quietly did her job of ordering books. Sometimes her attention shifted to the true crime section and her eyes setting on gender violence. She often read those books on her spare time, wondering how those women accepted mistreatment. She was convinced that she could never be like them. Nor be like the students that often visited the library, those who she sadly envied.

Her name was Camila. Looking back, she thought about how she could have studied psychology, becoming a great analyst of gender violence. But what she regretted the most was that she had never had the love of a man. Life is marked for each person regardless of wishes, she always thought. “My destiny was to be a lonely woman, and without the possibility of studying”, she constantly told herself.

Every night, when she left the library, put on earplugs so as not to hear the music from the streets or the one that came out of the houses. That bothered her, but what she didn´t really understand was why she was so afraid to sing. Sometimes, she heard a distance voice humming "the precious moments are all lost in the tide...swept away and nothing is what it seems". It felt like a real memory, but Camila convinced herself that it was just a figment of her imagination. Resigned, she continued with her daily routine. 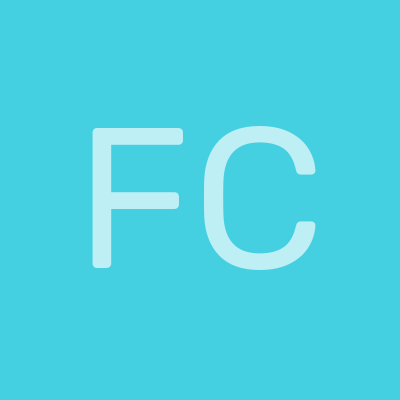 Hard and sad story but like it there are similar true stories. I like the name Camila because the meaning in the context of the story. And I checked the meaning of the name Boris and it means "fight"! Congratulations!

Wow, Eva! Simply a brilliant story. Rich vocabulary. Great tempo. Held my interest to the very end. Prompted by your reference to Roxette early in the story, I listened to some of her performances on YouTube. Thaat, perhaps, put me in the proper frame of mind to read and enjoy your story.

Thank you very much for your comment Bruce. It´s motivating.