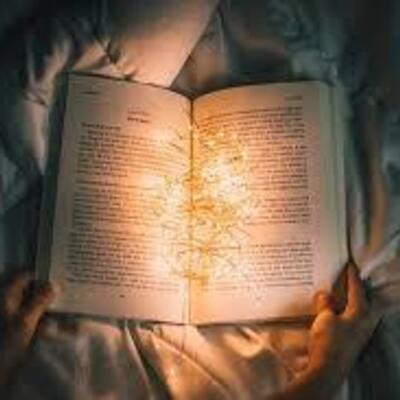 Author on Reedsy Prompts since Nov, 2020

“All This For A Christmas Gift” by D Y

I searched through the never-ending aisles of Costco, looking for something to feed my Christmas gift. Do I know what it eats? No. Is that stopping me? No. I picked up two cans of Mac n' Cheese and debated which one it would like. Does it even like Mac n' Cheese? Of course, it does! Everyone likes Mac n' Cheese. Not me. I immediately dropped the cans on a random shelf. Grumbling, I pushed my trolley and continued searching. All this trouble for a Christmas gift.The thought then hit me, and I froze, bumping into a lady in...

“Aliens With a Spot of Milk” by D Y

Caylin tugged the fridge open and lazily pulled out the milk. Today was a weekend, and homework was unexistent. She planned to watch anime and eat stale cereal with 2% milk. As she slammed the fridge shut, she noticed that the jug was considerably light. Maybe I'm getting stronger, she thought. Hoping that that was the case, she twisted the milk jug's lid, but her fingers slipped, leaving prints on them. Scr...

“Phoenix of The Frozen Woods” by D Y

"It doesn't count if you're already planning your defeat," Adolpha stated sternly, her eyes blazing with fire.  "And since when have I been good at planning things?" Phoenix said casually, just as she would have, had she not been so foolish and got herself in this horrible situation. A couple of moons ago, she had much insulted the Queen of The Black Fire Tribe. It was a Full Moon, and as usual, The Black Fire ...

What your favourite book says about you! (might not be accurate) 1. Harry Potter by J. K. Rowling A warm, friendly demeanour exudes from you. You treat everyone equally, and you stand up for what’s right. 2. The Great Gatsby by F. Scott Fitzgerald You’re charismatic, outgoing, and everyone wants an invite to your party. You go overboard every now and then, but is there really any other way? 3. Pride and Prejudice by Jane Austen You’re usually the cleverest person in the room. You always have a witty remark or come back at the ready. It takes a lot to change your opinion of something or someone. 4. The Hunger Games by Suzanne Collins You’re a survivor. You care deeply about the people close to you and would do anything for them. Perhaps you’re also good at archery? 5. The Chronicles of Narnia by C. S. Lewis An animal lover, you long for adventure in a charming, quaint way. You have an affinity for vintage décor and clothing. 6. Nancy Drew by Carolyn Keene Anything you try, you can pull off. You’re competent, organized, and polite. 7. 1984 by George Orwell Skeptical and wary, you don’t exactly look on the bright side. Yet, you understand things quickly and are willing to sacrifice everything for love. 8. The Goldfinch by Donna Tartt You lead a life of intrigue and diverse experiences. You’re at home with millionaires as you are in the slums. You’re probably an art history major. 9. The Scarlet Letter by Nathaniel Hawthorne You’re observant and possibly shy, but you feel strongly. You try to be kind to everyone, and you take your spiritual life very seriously. 10. The Maze Runner by James Dashner Intellectual and academic, you can figure anything out. Also, you can endure a lot of suffering. 11. Lord of the Flies by William Golding You know what you want, and you’re strong enough to go after it. You’re competitive and resourceful. You go a little wild on occasion. 12. Uglies by Scott Westerfeld The most important thing for you is to be yourself. Authority figures must earn your respect before you’ll listen to them. 13. Huckleberry Finn by Mark Twain You never back down, which means you’re sometimes misunderstood. But those who get to know you feel proud to have such a humorous, adventurous friend. 14. To Kill a Mockingbird by Harper Lee You’re plucky and open-minded. You try to be a good person and, for the most part, you succeed. 15. The Diary of a Young Girl by Anne Frank You’re more interested in reality than in dreams. In the face of any horror, you remain heroic, brave, and loving. 16. The Golden Compass by Phillip Pullman You’re not afraid to be controversial. You say what you think and do what you need to. 17. Jane Eyre by Charlotte Brontë Pride and Prejudice’s less flashy cousin, you employ your morality, intellect, and steadfastness to make the world a better place. 18. Wuthering Heights by Emily Brontë When you decide you like someone, you devote yourself entirely to them. This loyalty is admirable, though somewhat overboard. You have intense mood swings. 19. Never Let Me Go by Kazuo Ishiguro You have a well-developed sense of nostalgia. You’re also quite noble: you never run away from your obligations. 20. Hamlet by William Shakespeare You think a lot, and you probably wear lots of black.