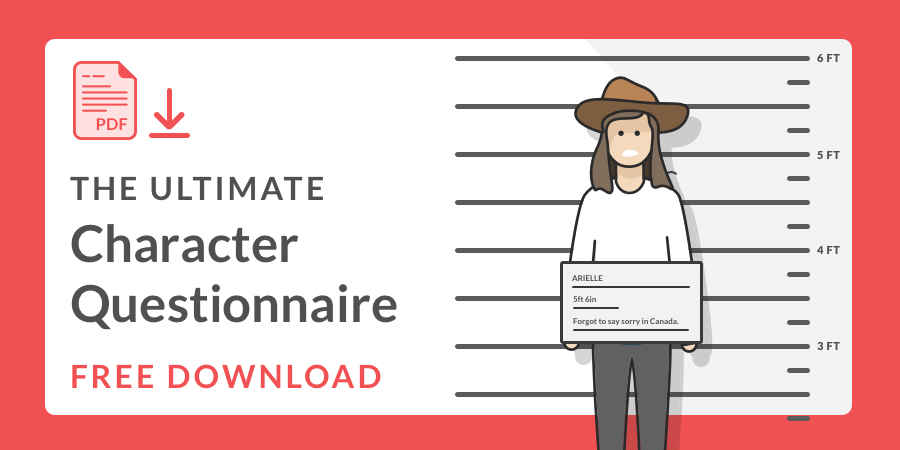 Character development doesn't have to be hard.

Character Descriptions: How To Write Them (in 3 Steps)

Character descriptions — those key passages that describe what a character actually looks like — are almost as crucial to a written story as the characters themselves. If you’re writing a novel, you’ve probably created an awesome, vivid protagonist in your head: motivated, quirky, maybe even memorably named. But how do you convey all that to a reader without depleting the magic?

Writing strong character descriptions actually requires quite a bit of finesse. If you skimp on descriptive passages, you run the risk of leaving your readers with forgettable characters. But if you get too descriptive, you wind up leaving no room for the reader’s own imagination. 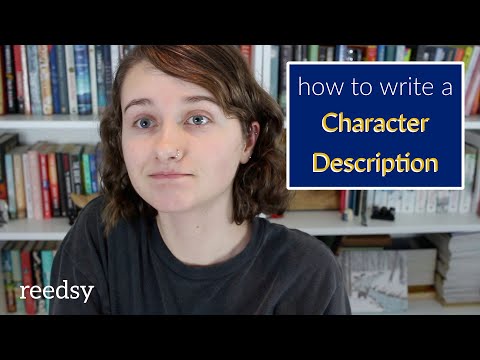 So what does it take to strike the right balance? We’ll tell you! Here are three cardinal rules on how to write character descriptions without falling off that tightrope.

Do you know the three cardinal rules for describing characters? Find out in this guide! #amwriting

When writing character descriptions, it’s easy to get ahead of yourself. After all, this is the first time you’re introducing a character you’ve created from the ground up.

But just because you know everything about them, doesn’t mean the reader needs to. Character descriptions aren’t about doling out every detail in lavish language — they’re about succinct characterization. Here are a few tips on how to achieve just that.

Be descriptive in your language

We’re talking about character descriptions, after all — it’s quite literally in the name. When describing a character that you see clearly in your mind, it’s easy to simply give a laundry list of attributes: she had black hair, brown eyes, and freckles. But that tells us nothing about the character and is frankly a waste of words.

Sure, your protagonist might have brown eyes. But so does half the world’s population! And characterization is all about showing what makes a character unique.

Sometimes, this can be done through word choice alone. Take this example from Huckleberry Finn:

From this passage, we clearly understand how Huck’s father looks, as surely as if Twain had simply written, “He was white.” But through the use of figurative language and excellent word choice, another image sticks in our head: that of a sickly, grotesque drunk. Bonus points for the use of “tree-toad” and “fish-belly” — descriptors that match the tone of the adventure novel.

Another problem with a sentence like “She had brown eyes” is that brown simply isn’t a very interesting word. When it comes to describing something, the same is true for many adjectives; which are to descriptions as adverbs are to verbs. In other words, they may appear to be more descriptive, but they often just bog down your sentences.

Same goes for verbs. Much has been made about the banality of the verb “to be” in literature. Which would you prefer: “She had brown eyes,” or, “Her brown eyes pierced through my own”? Use forceful verbs to illuminate more about your character. When it comes to character descriptions, every word counts.

POP QUIZ: is it better to use verbs or adjectives when writing character descriptions? #amwriting

However, keep in mind that overly descriptive words like these can easily turn cliché. Ultimately, a phrase like, “He had a prosaic, pedestrian face” may pale in comparison to a more simply but potent description, like this one from Jonathan Safran Foer’s Everything Is Illuminated:

“He did not look like anything special at all.”

Use descriptions themselves sparingly

When introducing a character, it’s best not to dedicate three whole chapters to an exhaustive physical explanation and backstory. After all, this isn’t Moby-Dick.

So as you’re painting a picture of your character, do two important things: 1) focus on a few key characteristics at a time, and 2) make sure to spread your descriptions out across the book. If we’re told every detail of every character’s face all at once, they’ll all end up blending together. But if we’re distinctly told about the woman with ears like a rabbit or the man with a slightly larger left nostril? We’ll remember them for the whole novel.

Also keep in mind that word choice is important, but so are the things you’re describing with those words. Hair, skin, and eye color — these are all characteristics that, ironically, don’t really say anything about what characters are like. That’s why, next up, we’ll discuss what characteristics you should be covering in your character descriptions.

Remember, we don’t need to know every single physical detail of every person in a book. In fact, since reading is a non-visual medium, many readers prefer to fill in the blanks themselves.

Good descriptions tend to be brief but evocative. So choose two or three distinct, specific attributes to describe and leave the rest to the reader’s imagination. Here are some ideas on what those attributes might be.

Is it better to describe a fictional character extensively, or in brief? The answer is here. #amwriting

Facial attributes are one thing: anyone can have a big nose, so that tells us nothing substantial about a character. On the other hand, facial expressions speak volumes. Like this example from Lord of the Flies:

“His face was crumpled and freckled, and ugly without silliness.”

The way they carry themselves

“Mama BekwaTataba stood watching us — a little jet-black woman. Her elbows stuck out like wings, and a huge white enameled tub occupied the space above her head, somewhat miraculously holding steady while her head moved in quick jerks to the right and left.”

In his popular novel American Psycho, Bret Eaton Ellis showcases Patrick Bateman's vapidity and narcissism through descriptions of the titular character's designer clothing. You can tell a lot about a person from their possessions — whether it’s clothing, cars, houses, or merely the contents of their purse. “He was a superficial sociopath” succinctly describes the extent of Patrick Bateman’s character development in the novel, but a passage like this shows it so much better:

“But there are also things that the average person would think are nice that I've done to celebrate the holiday, items I've bought Jean and had delivered to her apartment this morning: Castellini cotton napkins from Bendel's, a wicker chair from Jenny B. Goode, a taffeta table throw from Barney's, a vintage chain-mail-vent purse and a vintage sterling silver dresser set from Macy's, a white pine whatnot from Conran's, an Edwardian nine-carat-gold "gate" bracelet from Bergdorfs and hundreds upon hundreds of pink and white roses.”

Just be sure extensive descriptions of clothing don’t fall into the bad fanfiction category. (Although, there is good fanfiction too.)

You know how actions speak louder than words? That’s truer than ever when it comes to describing your novel’s cast.

In one sense, actions can illustrate physical characteristics in a pretty basic way: “She ran her hand through her hair, accidentally revealing the mole on her forehead she’d always kept hidden behind her bangs.”

But you can also learn as much about fictional characters from their actions as you can about real people. Toni Morrison displays clear knowledge of this in her novel Jazz, introducing the character Violet by recounting a story about her, rather than simply telling what she looks like.

“I know that woman. She used to live with a flock of birds on Lenox Avenue. Know her husband, too. He fell for an eighteen-year-old girl with one of those deepdown, spooky loves that made him so sad and happy he shot her just to keep the feeling going. When the woman, her name is Violet, went to the funeral to see the girl and to cut her dead face they threw her to the floor and out of the church. She ran, then, through all that snow, and when she got back to her apartment she took the birds from their cages and set them out the windows to freeze or fly, including the parrot that said, ‘I love you.’”

Yeah, okay — the irony here isn’t lost on us. But while giving distinct details is important to character descriptions, so is knowing when concrete descriptions aren’t needed. Words, after all, are not limited to describing physical things. So don’t limit your prose, either.

Or, describe physical characteristics in an abstract way — that is, use similes and metaphors. In Charles Dickens' A Christmas Carol, Dickens does not describe Scrooge as a Christmas-hating miser. Instead, Scrooge in this Christmas book is:

“Hard and sharp as flint, from which no steel had ever struck out generous fire; secret, and self-contained, and solitary as an oyster.”

How did Dickens turn Scrooge into a Christmas-hating miser without ever calling him one? #amwriting

Whether you’re describing yourself to a friend or a friend is describing you to someone else, it’s very unlikely either of you would give a painstaking, perfectly objective account. Biases exist in every aspect of life, so it’s okay to be biased in character descriptions, too.

“I was, and still am, despite mes malheurs, an exceptionally handsome male; slow-moving, tall, with soft dark hair and a gloomy but all the more seductive cast of demeanor.”

Or you could have one character describe another, which illuminates the attributes of the latter and the perception of the former. Take, for example, this particularly scathing description of one person by another from Jodi Taylor’s The Nothing Girl:

“The only talents he possessed were delusions of adequacy.”

This sentence succinctly describes a not-quite-self-aware underachiever. But it also illustrates a narrator with a not-so-objective opinion of him.

Yup. The golden rule of writing applies here as well. At the end of the day, no matter what you decide to reveal to your audience, the most important aspect of character descriptions is how you reveal it. Regardless of how special, unique, or honest-to-god awesome your protagonist is, a reader forced to trudge through page after page of intensive description will find any character boring.

Instead, think of how we learn things about other people in real life. Very rarely does the color of our eyes or the shape of our nose describe who we are. We don’t tell everything there is to know about each other — we show it, through our expressions, perceptions, actions, preferences, and even our stuff. Apply that same rule to your character descriptions, and your characters (and readers) will thank you for it.

Are there any character descriptions that stand out to you? Leave any thoughts or questions in the comments below! 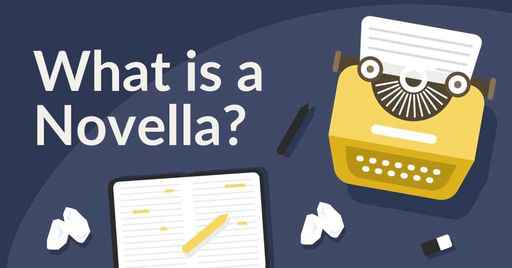 Character development doesn't have to be hard.