When Howard Matthews (pen name: Howard of Warwick) pitched the Chronicles of Brother Hermitage series to traditional publishers and agents, they quickly dismissed him, insisting that his genre (medieval crime humor) did not — and would never — exist. Despite this setback, Howard has since achieved a notable level of success via self-publishing. What’s also notable is that he was able to do this with minimal marketing. So to take his writing career to the next level, Howard decided to hire a professional to help him navigate the choppy waters of book marketing. We’ll let Howard take it from here...

The challenge: taking my writing career to the next level

In 2018, I took early retirement to write full-time, as I was making a good level of income from my Chronicles of Brother Hermitage novels. Throughout the series, I’d sourced editors and designers to help make my books the best they could be. I was proud of my success, but I knew from what others were doing — especially when it came to marketing their titles — that there was the opportunity to achieve more.

So I took a few free marketing courses and began dabbling in Facebook and Amazon ads, which had positive results in that they earned me more money than they cost — but on a very small scale, and requiring a significant amount of my time. While my background in electronic engineering and computing gave me a leg up in learning how to use the various book marketing tools available, at the end of the day, this was not what I’d given up my day job to do. After all, I was hiring editors and cover designers to do a better job in less than half the time it would take me. So why not hire a professional marketer as well? I considered it a professional service to aid my core business: writing.

Also in 2018, I was putting out a new book in The Chronicles of Brother Hermitage series and had decided on a strategy to reduce the price of the first title and make it available on Kindle Unlimited. It was only logical to hire a professional to make the campaign as effective as possible. And it was around this time that I traveled to Florida for the NINC (Novelists, Inc.) conference and found out about Reedsy.

Through Reedsy, I contacted Julia Pidduck, a London-based digital marketing professional whose profile showed me that she was everything I was looking for: she had experience in Facebook and Amazon advertising, she had a record of success and a number of positive reviews. Plus, she was in the UK — which I felt would be appropriate as my work is quite “English” in style.

And my first impression based on her profile was right. Julia had expertise in the minutiae of Facebook and Amazon ads: what images work best, what should the copy be, what markets should be targeted, what keywords work best, etc. She put together a suite of Facebook and Amazon adverts using genuine review quotes that compared my writing to Terry Pratchett and Monty Python. Throughout the process, Julia monitored the performance of each ad and reported back to me on what was and wasn’t working — and how we could continue to adjust ads to achieve our goals: clicks and sales.

This was the most successful of the ads — the book image and reference to Terry Pratchett attracting the most clicks. Other ads, which simply referred to a “Best Seller,” or “Best Selling author,” had much lower results. 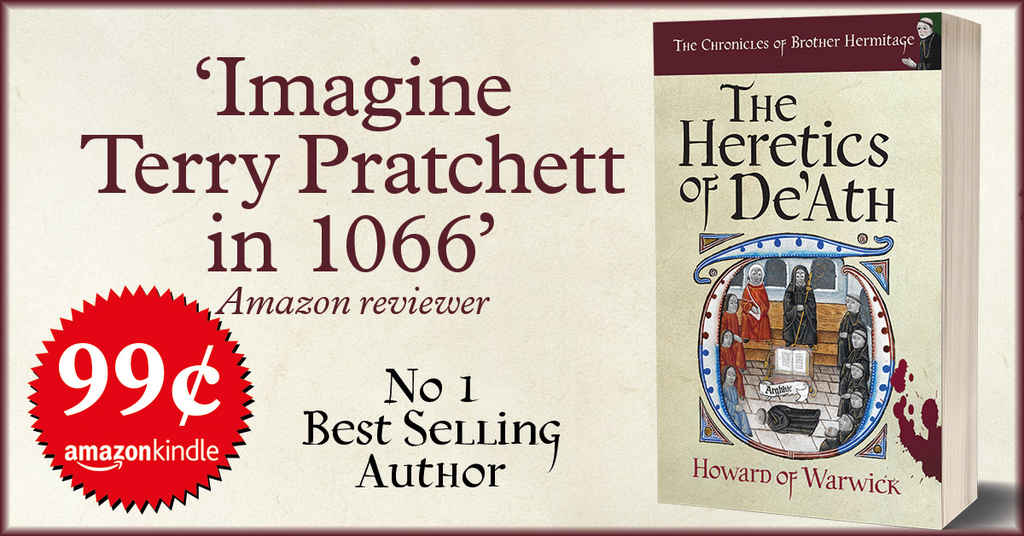 One of the best parts of working with Julia was that the entire process was very educational and transparent. She performed all the advertising from my own accounts so that I could see what she was doing, and how everything was working. No hiding the engine so that the client can’t see what’s going on!

The outcome: over 100% sales growth

The results from my collaboration with Julia speak for themselves.

Yes, you can manage a lot of marketing yourself. A lot of authors do it, and some achieve great success. But, if you don’t have the time, expertise — or inclination to do it, hire an expert… and learn from that expert! As well as achieving simple, concrete results from my collaboration with Julia, I have learned a lot about the practicalities of advertising. I now have the ability to do more myself, and am doing so — with results!

Made with help from Julia Pidduck

Find the perfect marketer for your next book

Find the right marketer for your book