After spending five years working on the manuscripts of what are now her two debut, self-published novels — Daughter, Disappeared and Glasdrum — Fiona MacBain felt pretty confident about the stories she’d written. Finally, it was just the outsides of her books, the covers, that needed finishing before she could hit the presses. Fiona’s story is about the importance of not just hiring a professional to design a book cover, but finding the right professional.

This is Fiona’s story

In October 2016, I was running around like a headless chicken trying to decide what to do about my incomplete book covers. I had spent five years writing two books, and after tiring of the soul-destroying cycle of submitting to, waiting to hear from, and being rejected by literary agents, I decided to self-publish. The contents of my novels were in good shape by then, having been edited and proofread by professionals I’d sourced through Reedsy. But now that I was going to self-publish, I needed to think about the outside of the book, too. 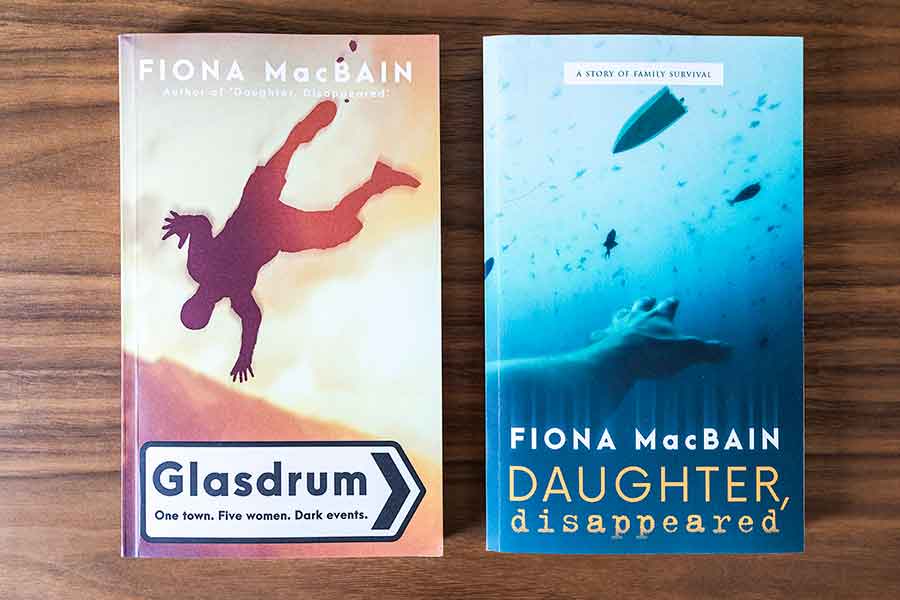 Professional designers are there for a reason

I thought it would be interesting to have a key scene from each story painted for the covers, so I first commissioned a local artist and then got in touch with a graphics company to add text to the paintings. Unfortunately, the end result was not what I had imagined and looked amateurish. It was at this point I realized that book covers are rarely ever painted and that designers exist for a reason. I went back to Reedsy, but knowing little about design, I found it difficult to decide which designers to approach. I was also feeling nervous about the cost, having already spent a considerable amount on the paintings. I was quickly becoming overwhelmed and wondered if I had the savvy to self-publish.

Reedsy to the rescue

Thankfully Ricardo, Reedsy’s co-founder, sourced three designers for me who were willing to see what they could do with my artwork. After submitting a detailed brief on my novel to each of them, I received a phone call from designer Mark Thomas. During a lengthy conversation, Mark talked me through various ideas he had for incorporating my artwork into a design, and also asked if I’d like to see a couple of his own cover ideas, with no obligation. It was an immense relief to have someone else take charge of what had started to feel like a complicated problem — the incomplete covers were the only things stopping my books from being published. I was delighted when only a day or so later, Mark provided a range of demos for my book, Daughter, Disappeared, some of which incorporated the commissioned painting. Although he had done a grand job with my artwork, I could immediately see his photographic alternatives were more professional — with the use of typography as an integral part of the overall design, rather than added on separately. He explained how he liked to create a strong cover image that represented the story but wasn’t necessarily a direct representation of the title; that way, through the title and image, the reader is presented with two key pieces of information about the novel at first glance. On this basis, we chose the final cover: the use of “daughter” in the title providing readers with the knowledge that one of the themes of the book is female family relationships, while the image of the drowning man represents danger and escape across the Mediterranean Sea. With my second novel, Glasdrum, Mark followed the same principle. The title design and cover image represent separate aspects of the story: dark events in a small town, and unexplained deaths on a mountain. He also created an author brand for me by consistent use of fonts for my name and a three-quarter wrap of the cover image, as well as making the inside format match the exterior fonts. 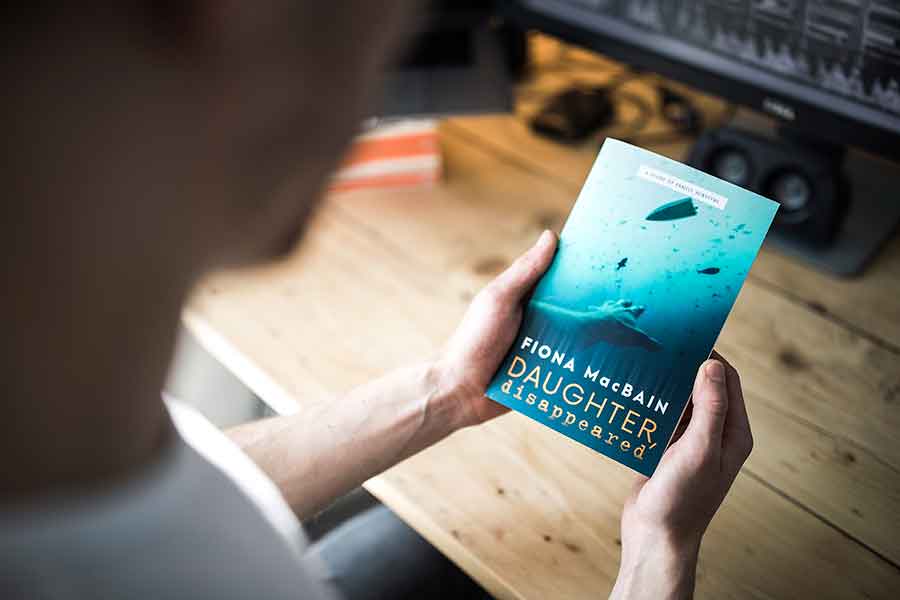 Since publication in November 2016, my sales have been better than I expected (Daughter Disappeared already has 61 Amazon reviews). I believe the professionally designed covers have been instrumental in allowing my indie book to compete with traditionally published books — and for allowing me to generate a significant amount of sales through targeted Facebook advertising. Hiring Mark was unquestionably a worthwhile investment, and I am looking forward to working with him again on my upcoming third book.

This book was made with help from Mark Thomas