I hope he doesn’t start calling me Judy. I know my dislike of the abbreviation is utterly irrational, and try to tell myself it’s because of some childhood trauma with a Punch and Judy show. I neither like nor wholly approve of them, but it still just wouldn’t be true. But I still prefer my proper name! I let my cousin Aaron get away with it as he has a lisp, though not nearly as pronounced as he thinks, and I’ve always had a soft spot with him. It strikes me Barry isn’t remotely bothered about the lisp, and I’m so happy for them. But I’m sorry not sorry as Lana, whom I sometimes babysit, says, my name is Judith, and I prefer to be addressed by it!

I hope she doesn’t try to read something deeply psychological or symbolic into the fact that I’m wearing a tie. I know it’s a quirk, and some would say an affectation. I’m not one of these blokes who wear one to go on hikes or to roughhouse with my nephews! But I still think, especially on a first meeting, in a halfway decent restaurant, it’s just a sign of courtesy. And okay, fair enough, I like them. Some men like fancy shirts, some like expensive shoes, and I like my ties. Dad can get away with teasing me about it, on the lines of, “Bill, you’re a far better dresser than I ever was,” because that’s the kind of things Dads can get away with, not that it was always the case. But when you first meet someone, I think it’s out of order!

What if he likes to eat something I find utterly gross? Now it’s not that I’m a picky eater, anything but. But there are still things that churn my stomach, and I can’t help it. Could I honestly even contemplate having a meaningful relationship with someone who likes mushy peas (not that they will serve them at the Beaufort Bistro, or if they do, they call them Pea Puree) or oysters (oyster sauce I can tolerate, but just the thought of shucking back those slimy forms makes me feel vaguely unwell!). What if he drowns his meat in gravy and his desert in custard? I know I’m too hung up on what some folk call dry food, though I am quite partial to mayonnaise and tartare sauce, but such things still matter, even if love is supposed to conquer all!

What if she’s one of those people who have carpet in the bathroom? I’m no design or décor snob, and was, I tell myself, amazingly tolerant about Rebecca’s taste for large pink scatter cushions. True, we broke up, but that was over something else entirely. And though I keep a clean house, I’m no hygiene freak, but I’m sorry, that’s just going too far. One of those little fluffy oval things round the toilet, I suppose I could learn to live with, but so far and no further. I once all but walked out of a guest house that was otherwise fine on account of a carpet in the bathroom, and a deep pile one, too. I still shudder at the thought!

Why on earth am I talking about “Love Conquers All” when we’ve not so much as asked for the menus?

Why on earth am I even thinking about the furnishings in the bathroom?

I’m no TV snob, and I’d be fine with him liking to watch sport, though I’m not a fan (well, apart from tennis). But what if he’s mad about reality shows? I just can’t stand them, not even the ones others say are their exceptions, not even Great British Bake-Off or Strictly Come Dancing. I mean, if they enjoy them, great, just so long as they don’t expect me to!

I’m no TV snob, and I’d be fine with her liking to watch the soaps, though I’m not a fan (even though I do have happy memories of watching “Coronation Street” with my Gran when I was little. But what if she’s mad about those infernal property shows? Whether it’s by the sea, or in the country, or in the sun, or even derelict, I just can’t stand them!

I know it sounds ludicrously trivial, but what if he addresses other men as “chief” even if he knows their name, like Dave at work? And he never seems to realise when it’s grating. I really like Dave apart from that, but he’s made me develop an aversion to the very word.

I know it seems ridiculously petty, but what if she has an irritating laugh, like Kate at work? And it’s not even as if she only does it when something is funny – it’s more a kind of punctuation, and more as if she’s saying “he he he” rather than actually laughing. I really like her apart from that, but I swear sometimes even the pronoun “he” in isolation makes me nervous when she uses it!

I like a man who looks after himself, and don’t mind if he’s clean shaven or if he has a beard, or anything like that, but I genuinely can’t be doing with those overpowering aftershaves, the ones that take your breath away and that catch your nose before the man wearing them catches your eyes. They make me cough and I can’t taste my food properly for hours.

I like a woman who takes care of her appearance, and don’t care what colour lipstick she likes or anything like that, though I might draw the line at purple, but I genuinely can’t be doing with nails sharpened to talons. Something about them makes me nervous, which, okay, is being a bit melodramatic, but I also think they’re incredibly unattractive.

So he’s a Conservative voter. I had never expected things to get round to politics, but somehow they just did, and it caught me by surprise (which is silly) but somehow it doesn’t matter. He has a quite refreshing attitude to politics anyway, a mixture of cynicism and a belief that for all their foibles and a few bad eggs, most of them went into it for the right reasons.

So she’s a Labour voter. I hadn’t thought things would get round to politics, but they did so quite naturally. Somehow I hadn’t expected it (which is silly) but it doesn’t matter. There are things we will never disagree on, and I may as well accept it, but she has that happy gift of “disagreeing well”, always directing things at the policy and not the person, and open to seeing another’s point of view whilst holding firm to her own.

Politics on a first date! I’m sure that all the folk and booklets and aps that offer advice would have something to say about that and it wouldn’t be seen as a good idea, but I thoroughly enjoyed our conversation.

Politics on a first date! Isn’t that supposed to be one of the subjects that you avoid like the plague, so everyone says? But it was great to talk about something other than the weather and if we’d been to the Beaufort Bistro before and I wouldn’t mind putting the world to rights with her again!

So he’s a night owl. And needs his eight hours sleep at least. Well, I keep thinking I should be worried about that, for all that opposites are supposed to attract, it has certain practical implications. But it seems he’s not one of those people who think you should drink nothing more stimulating than hot milk after three in the afternoon and has been amiably sceptical about that whole sleep hygiene business that some expert seems to be pontificating about all the time.

So she’s a morning person. And an insomniac. So our body clocks couldn’t be more different. Well, I keep thinking this ought to be an issue, and that for all opposites are supposed to attract, it could make things a bit tricky. But it seems that she has no expectation at all of others sharing her habits, and will – er, I mean, would – be quite happy quietly slipping down to the lounge at some ungodly hour and leaving me to my sleep!

Why on earth am I already pondering on our sleeping habits?

Why on earth am I already envisaging domestic scenarios in my mind?

THE THINGS THAT MATTER

He was so kind to that waiter when he spilt some of the soup, I thought the poor lad might burst into tears – apparently he’s only recently started here. But within a couple of seconds Bill had put a smile back on his face.

She was so kind to that old lady who swore she recognised her from somewhere and though she looked as if she might burst into tears when she realised she was mistaken, within a couple of seconds Judith had put a smile back on her face.

We both love watching old black and white movies on rainy afternoons.

We both love walking along the beach on autumn mornings.

We both have a weakness for Irish coffee.

We both have a weakness for macaroni cheese.

He has such a lovely voice.

She has such beautiful eyes.

This could be the best thing I ever agreed to.

This could be the best thing I ever agreed to.

Ms Judith Hart and Mr William Conroy are delighted to extend this invitation to you to attend their wedding, on the 3rd of June at 3pm in the rose garden of the Beaufort Hotel, and to the Reception afterwards in the Beaufort Bistro. 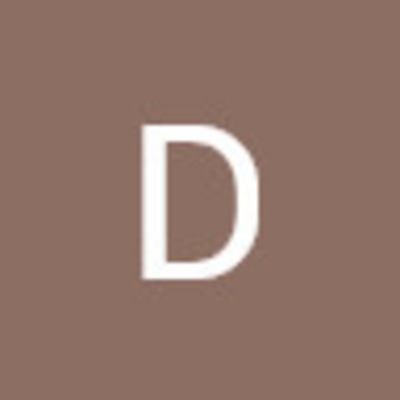 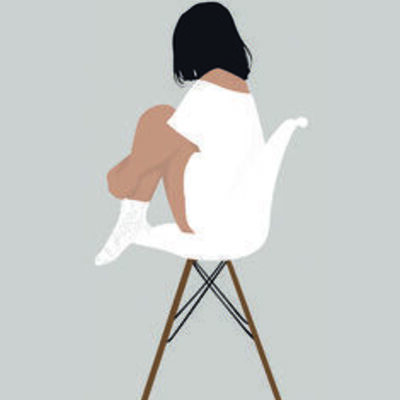 I love the writing style, Deborah, with all the repetitions and the sections. It makes it so much easier to follow the plotline and enjoying the emotions that the characters are having! P.S: would you mind checking my recent story out, "The Purple Sash"? Thank you :D 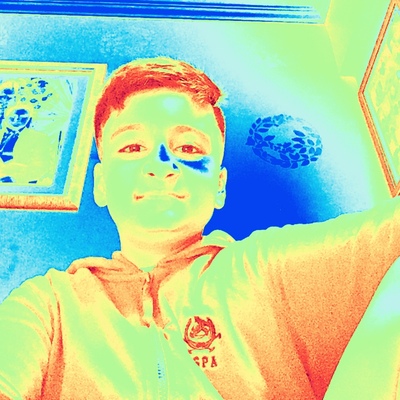 Hey Deborah, I just love your stories, would you mind checking my stories 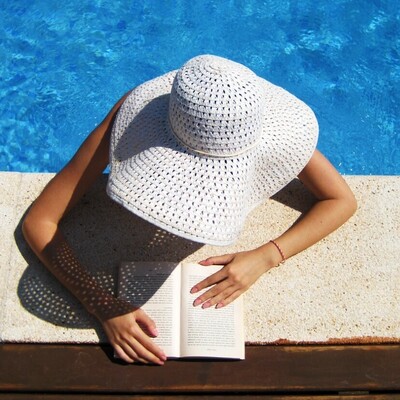 So nice! I was waiting to read a story exactly like yours on this prompt. The way you pick their brains is spot on! I also enjoyed very much the variety of topics - politics, bathroom carpets... most of them original, with very few of the usual suspects :) It was fun to read, so I would also add the "funny" category to this one. 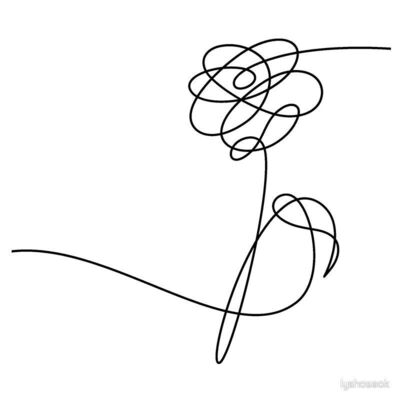 This was such a lovely read, I really enjoyed it a lot! I also loved how we got to see both characters perspectives, and the dramatic irony did not fail to amuse me. I was smiling all the way to the ending, which was also wonderful :) P.S, would you mind checking out my latest story "Battle for the Crown"? Thank you regardless :)

IT'S A WONDERFUL STORY!