I was born after a heart-throbbing love story between two young lovers went sour. My young mother had her whole life ahead of her, but I brought it to a stop. My coming was unplanned, unexpected, not welcomed, yet imminent. My mother met my father when she was still at the thresholds of her teenage years, still swayed by my father’s boyish cat calls along the high school hallways that led to their classes, ‘corridors of love’ they called them, and nicely written romantic letters that were always overpopulated with poetic expressions. Soon, the secret cat and dog chase they had started became too strong for them to continue hiding it from each other, and so they decided to test the water with both feet.

It all started when my father would throw small stones on the iron sheet roof of my mother’s home whenever he would pass by. This would then follow with him ducking behind a bush next to the walls that surrounded the house of my mother’s grandmother, he would squat there so that my great grandmother will not see him and shout expletives at him. The sound of small feet running down the roof would alert my mother and make her heart jump. She would know it was my father because that was the secret code they had formed to alert her of his arrival, and to also awaken her love venturing desires that she had been nursing half of the day for that particular moment. Before her grandmother could come into the kitchen and stop her from running into her lover’s arms, my mother, daring as she was, would quickly rush through the kitchen door already dressed in a skimpy dress that revealed her cleavage and thighs because my father liked her better that way, leaving behind a blackened pot of beans emitting smoke and a charred smell from a burning “jiko.”

One thing led to the other, and I was conceived out of a dying need for two teenager lovers to succumb to a fiery passion. A month had passed and panic seized my mother because her under pants had remained clean with no blood stain on them. At first she convinced herself that maybe it was the sudden cold weather, but that nagging feeling that something wasn’t right kept with her. The following month came and went and there were still no signs of her periods. Slowly, she started gaining weight around her bosom and everyone noticed but no one asked, no one but my great grandmother who took her to a hospital where she was told that I was growing inside her. Before she knew it, her belly had grown big like an inflated balloon that it was no longer possible for her to hide it under a woolen sweater or tell her friends that she was only eating well and that was why she had gained weight. The friends then started mocking her and her lover, my father, denied his hand in making me. My mother’s whole world came crushing down.

I was born an alien, or at least I felt like one. Everyone looked at me with disgust and contempt like I had come in the way of them and their happiness. I was separated from the rest without any care about the tears that formed in my eyes and the sadness in my heart. I wanted to play with the other children but I was made to understand that I was not allowed to.  At the age of two, my mother and I were taken off to my grandmother’s place at the Coast where she lives in a big house owned by a "mzungu" (a white man) who is my step grandfather.

At my grandmother’s place I am treated no better. I am made to understand that I am in no way more valued than her mixed race son who is my age mate and my uncle at the same time. At least the ‘mzungu’ husband to my grandmother seems to have a soft spot for me, he smiles at me while he is puffing clouds of smoke from his cigarettes or when he is drinking a bottle of cold beer, but I have never seen him lift a finger when my poor, small buttocks have to bear the stinging pain that comes with the thrashing of my grandmother’s leather belt.

My mother is so defenseless whenever she has to face the wrath of my grandmother. She always looks like a small kitten which has been rained on when my grandmother scolds her or hurls insults at her for wasting too much of her attention on me,  “ Wewe usidhani utaniletea shida hapa kwangu na huyu mzigo wako. Nitawatupa nyinyi wote nje!” (Do not think you will bring trouble in my house with that bundle of yours. I will throw both of you out!) I don’t like her insults; they always have a way of piercing my heart. After finishing her fourth year in high school, my mother went off to college. I don’t understand why she never took me with her knowing very well that she was leaving me alone with my terrifying grandmother. Like my father, she has become invisible to me although I miss her every day. But then again I feel good that I don’t have to stare at her crying in our room almost every day after my grandmother shouts very bad words at her.

When the time came for my small uncle and me to start school, we were very excited and couldn’t wait to put on our new school uniform. My uniform was different from his as we were taken to different schools. I was taken to a local school near my grandmother’s home which has a big church in it. Although I have made a lot of friends there, I still wish that I could get the chance to swim in that big swimming pool that my small uncle never forgets to mention on Fridays when he has to carry his swimsuit to school.

I wish I could ride in my step grandfather’s car when going to school like my small uncle does,  but I am afraid of my grandmother’s sharp eye whenever her ‘mzungu’ husband calls my small uncle and I to climb into the car so that he could take us for a ride. I always get excited whenever there is a birthday party of one of the kids belonging to my step grandfather’s friends, and I get jumpy when I see my grandmother dressing my small uncle because I think I’ll be next to get dressed, then go and eat some cake and sweets. But my grandmother tells me I have to stay behind because she cannot go with two kids.  If only their friends could adore me like they do with my small uncle, then maybe they would tell my grandmother to let me come too. But they like his color which is like that of the sun, and they also like his hair too which is very black and shiny, like that of their own kids.

My small uncle enjoys teasing me a lot. He sometimes hits me on the head and I cry in pain but I don’t cry too much or defend myself.  However, there’s this one time I did. I was playing with some small pebbles that were lying in the compound when he approached me from behind and struck my head with a big stick. I remember letting out a soundless yelp and started rubbing my head really hard to ease off the pain. Then I grabbed a large pebble from the ground and threw it at him, it landed squarely on his face.

I was so scared when I saw blood coming out from the corner of his eye and when he called out to his mother, I peed in my pants. My grandmother, angry and confused, started shouting insults at me.

“ Nimekwambia usiwe ukimpiga mtoto wangu, eeh! Mbwa wewe! Hupendi kusikiza maneno.” (I have told you to never hit my son. You dog! You are very disobedient) She yanked me off the ground where I had stood rooted from fear, and gave me a severe double whooping for hurting her son and for peeing in my pants. She failed to notice the blood that was trickling down my head.

Although I always top in my class, I don’t get the gifts of  toy cars or balls that my small uncle is given when he comes second in his class. I also like doing my homework and I always finish first, but my small uncle hates it and my grandmother shouts at me for annoying him. I don’t like it here at my grandmother’s place and I know I never will. My mother came back with my baby brother after going away for a very long time. I love him very much and I like sleeping next to him because he is very small, and I don’t want my grandmother to slap his small cheeks or pinch his tiny ears because it is very painful, and because I don’t like the way she looks at my mother whenever she is cleaning my baby brother.  I am a big girl now and I no longer feel a lot of pain when my grandmother slaps me or pinches me, but my baby brother is still small.

Thank you. I am happy you enjoyed it. 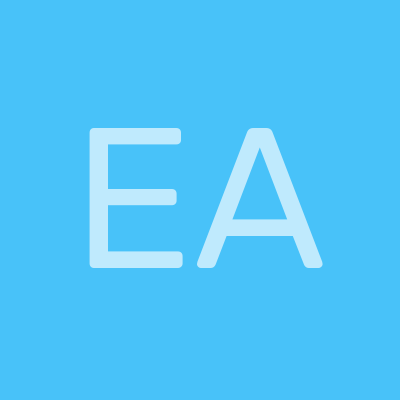 i wanted the story to go on. would you pliz write a continuation because it got more captivating towards the end

Sadly, there are tales with no happy ending

Very insightful and enlightening to to-days youth.The story is factual truthful and relevant to the presents and past human lives. The outcast is a story worth being subjected to present curriculum in our institution,parents should always plan properly when it comes to courtship in life.

It is true. Sometimes it is the kids who are born out of such circumstances suffer

Innocence. This story captures the silence power of innocence that is revived in narration. The greatness is in the simplicity with which the narrator discusses very pertinent issues of 'illegitimate' children amd subsequent discrimination. This is a good read.

Thank you very much Daktari

It is. And kids say things abstractly.

This story depicts the reality of thousands of kids across Africa.

Unfortunately, not so many people are aware.

This is a great piece of work. Being married to a muzungu doesn't give anyone status to trash Africans especially your won blood. We are all human.

Yes. Sadly that is how it is.

I love your story although it left me sad. Kinda feels like a true story to me because I see some of the things you mentioned especially mistreatment of children and issue of kids born out of wedlock.