Soldier in the Mist

Soldier in the Mist

So, there I was, traveling from Auckland to Wellington, on a cold dark night in June. It was the first and last time I ever picked up a hitchhiker. A Winter blast of freezing wind pummeled the car – the wipers weren’t fast enough to keep up with the frustrating downpour, and I could hardly see out into the sea of darkness, devouring my Dodge. I had just left a tangihanga in the suburb of Henderson; one of my mates from Rugby, Wiremu Harrison, had been killed in a car crash. As I made my way along the motorway leading out of Auckland, street lights lit my path, making it a little easier to see. But I nearly ran him down, as the rain inhibited my view, I saw him just in time as he stepped out onto the road, with his thumb out.

I slammed down hard on the brakes, nearly sending the car into a spin. I waited, trying to calm my breath from the fright. In the rear-view mirror I watched as the hitchhiker approached the car, the red light from the brakes covered him in an ethereal way; sending chills of ice down my spine. The bloke opened the passenger door and climbed up into the cab. He was lugging a burdensome looking backpack, which he threw onto the backseat. When he was settled, I carried on driving. Immediately I noticed he was wearing an army uniform, and he was soaking wet. I remember thinking he was going to ruin my passenger seat with his wet clothes.

“What are you doing hitching in this weather mate?”

He didn’t answer immediately. I thought geez, the nerve of this guy. Give a bloke a ride, get him out of the storm, and he ignores you. He just stared out the front window, breathing heavily and deeply. We drove in silence for a while, I was a little peeved that he still hadn’t acknowledged me. As we neared the Waikato district, I got a fright when he finally answered, shattering the silence.

“I’m trying to get home,” he said in a soft, gentle voice.

“Kei te pai mate. Where are you heading?”

“Taupo. Can you take me home, please?”

“Yeah, sure. I’m passing through there anyway. No worries. Where have you been?”

“Overseas, fighting in the war. I just landed, and I want to go home.”

About this time, the war in Iraq was winding down and some of our troops were returning home to New Zealand. My dad Bill was in the army many years ago, long retired now. When I was growing up, he would get on my case because I wasn’t interested in joining the army, like him and his father, my Grandpa Ted. They had both served in the 28th Māori Battalion – been all over the world. Dad was sent to Egypt, Malaysia, Korea, and probably a few other places he never told me about. Never did he share his experiences with us, simply saying, there are things that happened which are unfit for the ears of children. As for Grandpa, I don’t know much about his stint in the military – only that he fought in World War 2, alongside his Māori comrades.

“I need to pull in at the petrol station in Ngaruawahia. I have to fill the car, and get some snacks. You want anything mate? My shout.”

“Congrates, brother. You must be super excited!”

“Thank you,” he replied.

We made a pit stop. I filled the car with petrol, brought some snacks, and a coffee, as it was getting late and I still had a long drive ahead. Thankfully, the weather had calmed down somewhat. I went to the loo, and returned to the car, but it was empty. Baffled, I looked around, but I couldn’t see the soldier anywhere. I checked the bathrooms and the café; he wasn’t there. Not wanting to accidently leave him behind, I waited for half an hour. The stormy weather returned worse than before, when I finally gave up, and started driving again.

Twenty minutes along the road, I saw the soldier walking – he had his thumb out again, hitching another ride. It got me wondering, how the heck had he got so far? Considering he was burdened by a heavy backpack, and walking in the rain. I pulled over, and again I watched as he approached the car covered in red light. When he got in he was drenched.

“What happened bro? Why did you leave the car?”

“I just want to get home. Will you take me home please?”

Usually, I would have been mad at the situation, since he made me wait thus delaying my arrival to Wellington. But I was too concerned about the soldier to worry about that.

“Why did you go buddy? I said I would take you home.”

“My wife had a baby a month ago, and I am trying to get home to them. I have been on a very long journey.”

Okay, so this started me into thinking perhaps he received a head injury in the war, and his memory was playing tricks with his mind? I didn’t ask him that, mind you. The wind picked up as we got to about half an hour away from Taupo. I turned the car stereo on to dissipate the silence. Ray Charles, Hit the Road Jack, burst through the speakers. Then, out of nowhere my passenger screamed for me to turn it off. Literally covered his ears and screamed in my face. Was this a madman sitting next to me? I was terrified that I wasn’t going to make it back home to my folks.

“It’s okay buddy. You just gave me a fright.”

Deciding to change the subject, I asked him where in Taupo he lives.

I interrupt him, “I know where that street is, my Grandparents used to live there when I was growing up. Talk about a small world! But I can’t recall which house they lived in, as they passed away a few years ago.”

He pointed out where to park, I pulled in. Outside, the weather was abysmal. He turned to me and that’s when I saw a scar above his right eye. Instantly, it reminded me of Grandpa Ted. I recall him having something similar – apparently he’d sustained it fighting in some distant land.

“Thank you. I don’t know if I ever would have made it home without your help. It has been a very long journey.”

He grabbed his backpack from the backseat.

“What did you end up calling your baby boy?”

He leaned over and we shook hands.

I couldn’t feel his hand, mine must have been numb by the freezing blast of ice-cold air. Mount Ruapehu was spreading its tendrils of icicles from its snow covered blanket, right into the truck; making me shiver.

“I’m Theodore, but everyone calls me Ted, or Teddy,” he said.

As he slammed the car door, a swirl of white mist gathered around his body – making him appear transparent. Off into the darkness he went, leaving me startled. I began to ponder. I checked the seat to see how wet it was, it was bone dry. As I drove to Wellington, my mind was a mess of confusing thoughts. I couldn’t wait to get back to prove it one way or the other – suspicion propelling me home.

When finally I pulled into the driveway, it was nearing 2 a.m. I unloaded the truck, and went inside. I was happy to see that my parents had stayed awake to greet me. After mum made us hot chocolates, and we were sitting comfortably in the living room, in front of the roaring fire, I decided to tell them about my encounter with the soldier.

“I picked up a hitchhiker when I was leaving Auckland. He was on the motorway and I only did it because of the appalling weather. I felt sorry for the guy.”

“Darling, you know you shouldn’t do that! Picking up hitchhikers can be dangerous, I hear all sorts of stories in the news,” Mum’s face was like thunder.

“I know mum. But the weirdest thing about it is, I think I just picked up Grandpa Ted, returning from the war!”

I didn’t know how to feel about the situation. I was spooked, confused and a little unsettled. So, I went to the photo albums to set the record straight in my head, and there it was. A photo of my Grandpa Ted and Grandma Tui; holding a baby in between them, my dad William, who preferred to be called Bill. There was no denying the hitchhiking soldier trying to get home was my Grandpa. In the photo, he was in the same uniform he had been wearing in my truck. It was the same house I had dropped him off, a mere five or so hours before – the address was written at the bottom of the photograph. Dad confirmed, it was the same house he had grown up in, 29 Birch Street, Taupo. He sat in silent thought, and mum anxiously fidgeted with her hair.

“Son, this is a strange world,” Dad said. “Never underestimate the experiences you have or the people you meet along the way, as you journey through life. Sometimes they come with messages, or just drop by to say hello. You never know who you might bump into along the road…” 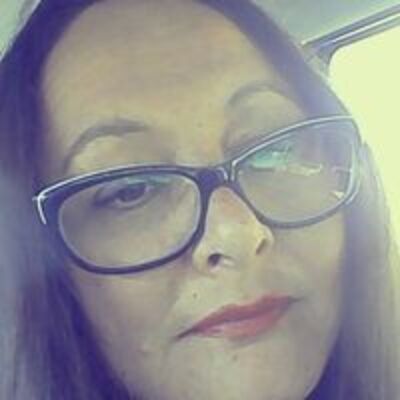 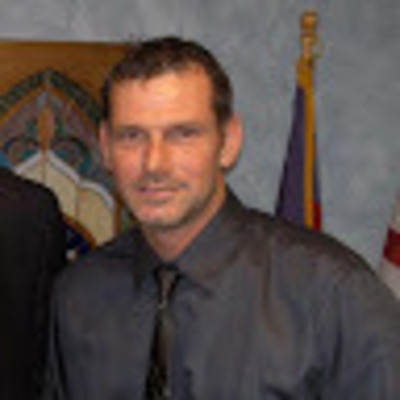 very good story. Had me from the start. I could feel the cold and see the rain as you described it.

Hello Holland, thank you for the kind words. I am glad you liked it! Del :)