Submitted into Contest #95 in response to: Write about someone making a seemingly inconsequential decision, which goes on to have important consequences.... view prompt

She fell into bed, exhausted. She couldn’t believe she'd had the courage to do this. “You need to start living again,” well –meaning friends had said, “you’ll survive. Don’t feel guilty. Treat yourself.”

Indulging herself was not generally what Lucy did. She was a grafter, a sleeves rolled up, looking after everybody else, after- you, sort of person. But she knew that they were right. So, here she was a few months later, having joined her local ski club to refresh her skills, on their annual trip in Switzerland.

As she lay, wrapped in the cosy, comforting duvet, she reflected on her first day. Yesterday she’d felt as if a limb was missing, unable to cope, like one of those baby marmosets she’d seen at the zoo, clinging on and looking to its mother for guidance.  But today on the mountains all of her insecurities had melted away, like the snow in summer, replaced with a wonderful feeling of freedom as she glided, effortlessly down the slopes.  “More than survive” she thought, “I’ll live.”

Sleep hadn’t come easily to her over the last six months. Nights would be spent tossing and turning, thoughts tumbling over in her mind. Tonight, however, between the physical exhaustion in her limbs, the bodily exhaustion of a day in the bracing mountain air and the mental exhaustion after a day where her thoughts were on sheer survival, she fell into a deep, dream-filled sleep.

She dreamed of walking along a straight gleaming white, tree-lined pavement, passing familiar shops and buildings.  Every tree in perfect symmetry. Every house identical, neat, pristine. Everything clearly visible ahead. No surprises. Nothing out of the ordinary.

After a short distance the path widened and branched into two. “Which way should I go?” She felt confused, out of her comfort zone.  The path straight ahead was beckoning. A familiar voice that made her heart ache drew her towards it.  Ahead was a gate, inside a crush of laughing colourful people.  The gate slid open. A smiling, moustachioed guard gave a curt bow and said, “Move along please, doors closing in one minute.” As she stood, poised, ready, the laughing stopped abruptly. The faces turned. All were blank, expressionless.  She gasped, turning to look at the other path.

This path was full of twists and turns, like the branches of an old gnarled oak, making it difficult to see what was round the corner. Far into the distance she could just pick out hills and valleys, deserts and forests. Here a colourful marketplace teaming with life, buskers vying for the prime spot. There a rugged, breath-taking coastline, empty, stark. Her ears filling with jangling, discordant sounds, each different, never allowing the listener to settle into its rhythm and sway with it, always changing. Her mouth felt dry, her heart raced, she swallowed and stepped forward.

Next morning, Lucy woke, feeling better than she had in months. She put it down to the clean fresh air of the mountains, guaranteed to shake out any cobwebs, and a good night’s sleep- albeit full of vivid dreams. The visions and emotions were still with her as she made her way down to breakfast.

Already, the group had bonded well and as she approached the table a welcoming smile was added to, “Over here, Lucy we’ve saved you a seat.” As they ate, the talk was of the arrangements for the day. The group were divided; most wanted to begin where they’d gone yesterday to “Get their legs” then try a few new runs after lunch, but Joyce, Keith and Simon felt differently. They wanted to take the mountain train up to the neighbouring resort and explore the runs over there.

“How about joining us, Lucy. We thought we’d aim for the ten past nine train. Keith knows the runs well. He’ll guide and I‘ll be back marker. What do you say?” She hesitated, feeling flustered yet pleased by Simon’s attention.

Sheila and Tom had already begun to mother her, spotting immediately that she was here on her own. Before she could respond, Sheila smiled and took her arm, “I was hoping we’d have some of those lovely little apple things we saw yesterday in that restaurant, Lucy.”

Lucy thought for a moment, her mouth felt dry, she swallowed and then made her decision. Breakfast over, they all adjourned to prepare for the day out on the slopes. Soon they were all kitted up and on their respective ways; some to the gondola station, where they would take the cable car up to the local ski runs, the four to the train station to take the mountain train up to the south –facing slopes.

It was going to be a perfect day. The sky was a deep, intense, blue offsetting the black-edged, chocolate box houses, layered with their thick blankets of sparkling snow.

Sounds of birds echoed above them as feet crunched through the thick, white, crusted carpet.

Reaching the gondola station, the group watched as the larger box, leaving the base  grew smaller and smaller making its way up the mountain, while the tiny box, as if  hanging from a string,  descended from high in the mountain, growing bigger and bigger as it approached.  With a click it was secured behind the gate and platform and the few people who’d been up very early to get in their first runs, together with sightseers wanting to take their photographs and enjoy the mountain before it became too busy were let out. With a clunk and a click, it was soon open and ready for the next load. Efficient, clean, like a well-oiled machine.

A clutter and shuffle of colourful booted, excited people of all shapes and sizes moved as one towards the gate. The cable car began to fill up as more people crushed in. A moustachioed operator stepped out. With a curt bow and a smile he said “ Move along please, doors closing in one minute.”

The doors clunked shut. The faint squeal of the winding gears could be heard as the box began to rise appearing smaller and smaller. It seemed to float upwards as if on invisible wings before stopping suddenly. There was an eerie silence, then a creak, reaching a crescendo as it echoed across the chasm. The cable dipped, like a skipping rope, the car tilted to its left, then, without warning, dropped like a stone into the valley below. 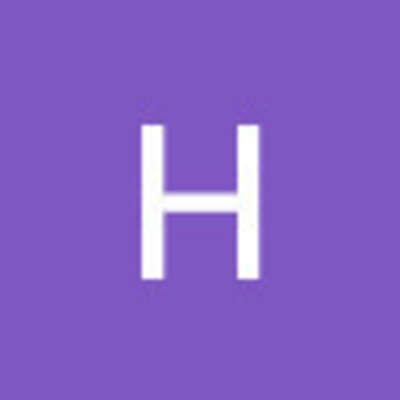