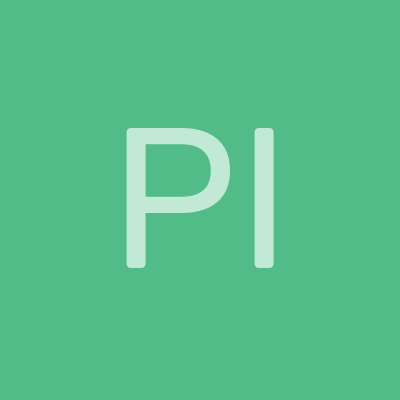 What was in the box?  There have always been glimpses of that box.

Dad would take that box out and hold it close. We were never to touch it. Dad would let us try to open it, but it was no use. We didn’t have the key.  The beautiful, intricate box was a puzzle. Only he knew the key to open it.

But now that Dad was gone, here was the box. Again.

A few months before Dad died, he told me very specifically, to take the box and throw it away and never look inside, so I did, or so I thought.

As we began the long, arduous process of cleaning out the dank, dirty basement a few months after the funeral, there it was. Sitting on a pile of rubbish, looking at me as if to say, “OPEN ME”.

I thought, How had it found its way into the basement? I swear I had thrown it out! It looked like someone had tried to pry it open. Now it was irrevocably broken.  It was probably my nephew Miles, who was always in some sort of trouble.

Miles, who was supposed to be helping Dad, but was a leech, siphoning Dad’s pension, his retirement, for his own foul needs.

I KNOW I put it in the trash. Miles must have taken it out thinking it had something of value in it. It was that kind of box, with its ebony inlaid picture of an Asian land, the kind you would see marked Made in China but were bought as souvenirs from Japan.  It’s beautiful wood, tongue and groove corners, different pieces that lay criss-cross and diagonal on the sides of the box. If you pushed on some of the pieces just right, it would pop open. but you had to know the secret.

I couldn’t fathom why it was there. I had thrown the damn thing out! I took it upstairs, walked outside to the already overflowing bin, and put it in the trash again, and I told my sister Georgia,” Dad wanted me to throw this box out.”

I resigned myself. It made it here, what was I to do?  I brought it in with the rest of the junk we just couldn’t live without and stored it with the other pictures and trinkets we decided to keep. I left it all on the kitchen table until I had a spare moment to put it all away.

I wanted to respect my Dad’s wishes, so I refused to open the box. Georgia had other ideas.

“Georgia, leave it alone!” I said with frustration.. “Whatever is in there, Dad didn’t want us to see it.” Georgia, being desperate (missing my dad) wanted to hope that there was some treasure in there that she could hold onto. Something of value. She had relied so heavily on Dad throughout her life for not just her emotional support, but for her financial support. Maybe there was something worth selling.

The box sat on my kitchen table for a good month or more along with the other photos we had rescued from Dad’s house before the bank took possession of it.

One day after our family had gathered for some occasion of which I don’t recall, Georgia decided to open the box. She pried at it until it broke open. She literally had to bust the box to open it.

Once opened, the contents seemed to want out. They slowly unfurled and raised themselves out of the depths of the box like a snake or an accordion.  They had been stuffed there for over 40 years. I don’t think one more piece of paper could have fit.

Georgia proceeded to look through the contents with confusion on her face. I grabbed some of the letters and photos and looked closely at them. I remembered some of these photos.

One time, when I was 15 years old, I remember coming to give Dad a kiss goodnight and he was holding the box. He had opened it, but he wouldn’t show us what was in it.

“Something very special, “ he said.

“Can I see?” He opened the box and carefully took out one tiny picture. It was of a beautiful woman with long dark hair, clear sallow skin, and almond eyes. Dad told me about a special family that took care of him when he was overseas. I thought that was so nice, that he had friends who would look after him. He told me some other things, but either my mind couldn’t comprehend or I chose to not believe him. I asked him, “Does mom know?” “She does,” he said, so I went and asked Mom, who was busy hiding in the kitchen, sneaking licks from the ice cream container with her long teaspoon. Mom never would admit that she had an addiction. An addiction to ice cream. She thought that if she hid from view and just snuck a few bites here and there, they wouldn’t really count.

I asked mom about Dad’s other family, the one in The Philippines. She said, oh yes, I know, but we don’t talk about that. And that was the end of it. I shrugged my shoulders and went to bed, not really comprehending or understanding what a dire circumstance I would one day uncover. I promptly forgot about the whole thing, forgot or refused to believe.  Neither of them made a big deal out of it, so why should I ?

And here I was, uncovering something my Dad wanted to have buried with him. He didn’t want us to know the truth.

As we leafed through the letters, the photos of the same beautiful woman posing with my Dad, the truth started to unfold.

This first photo with the woman and my dad looked chummy, like friends. The next photo was...oh, uh, what?

That isn’t Dad, it can’t be. The man had his arms around this woman. His arms were holding her low on her stomach and she had her hands on top of his. She was beaming!  The look on the man’s face was distant, blank. The man was very thin. This couldn’t be my father, who always seemed to have a weight problem and was in the FAT MAN’s Club in the Marines. He never came in at weight and had to constantly keep vigil over himself.

The man in the photo was very stylish and stood at least a foot over the petite little woman. They stood in the photo as if they were a couple. I just knew this wasn’t my dad. But Dad was gone. I wasn’t even going to be able to ask him about it, to confront him with it.

The next picture was a little different. It was of a newborn baby. I couldn't tell if it was a girl or a boy. Then the next, and the next, was of a little girl,

The last few pictures were chilling. A beautiful casket laid out with ceremonial candles and little buddha statues.

Inside the casket lay the same little girl.  Still, motionless, beautiful in a fancy dress and perfect little girl shoes. It was apparent what had killed her. Only a tragic accident could have caused that kind of bruising and swelling that would be seen days later.

A very large bruise on her forehead was easy to see in the photo, even with its age you could see it plain as day.

No! No, no, no! NOT MY DAD! NO! It’s not true! How dare someone send these awful photos to my father, who was the BEST father! Who was the most devoted husband! Who everyone knew loved my mother over any and everything! Mom and Dad had the most perfect, storybook marriage. No one would believe he would have ever cheated on my mother.  Who had never known ( in the biblical sense) anyone else but my father! They met at DISNEYLAND! They were the happily ever after at the end of the fairy tale.

My dad never left my mother’s side for the last month of her life. He slept in a chair in her hospital room. Everyone, all of the nurses, cooed over my dad and couldn’t stop talking about what a SAINT he was and how dedicated he was….to MY MOTHER! My poor mother had suffered from brain tumors her entire adult life. She had married my dad when she was 19 years old and they had had a long, happy marriage together.

That must be someone else, some other man who looked like Dad. He must be covering for someone. Yes, that was it. He was standing in for someone else.

The puzzle pieces started to fit together. My dad had long declared himself an alcoholic, but he had stopped drinking by the time he was 40 when I was only 16.

I never saw my dad drink that I can remember. The only thing I remember is the one time he came home so drunk, he lay on the bathroom floor worshiping the porcelain god. When I had asked my mom what was wrong with dad ( I must have been about 7 or 8 years old) she ignored me and said he deserved to be sick, kicked him, and let him lay there until he got up by himself, several hours later.

But now, it all made sense. How my dad had told me to never start drinking because alcoholism runs in our family and it had ruined his life. He became another person when he drank. I had the same lecture from my grandfather, my dad’s father when I was 21.

Now, looking at the box, it was clear what Dad had meant. So many things started to fall into place, Dad’s melancholy, his faraway gazes when he would hold onto the box, little things he would say like, “Wouldn’t you like to have another sister?” and of course, we were such a close-knit family, the five of us, that we would scream with joy, YES! Never realizing he was thinking of the little girl in the casket.

What was in the box? It was an intricate puzzle. Only Dad had the key. Well, now we know. Sometimes, it’s best to leave puzzles unfinished, unsolved. Sometimes. 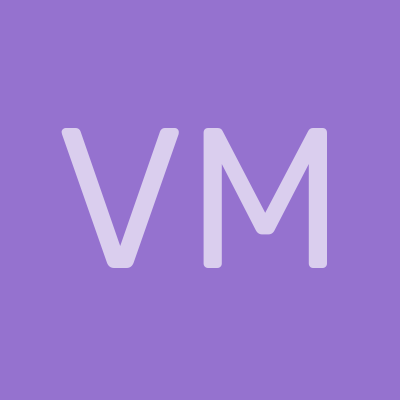 I loved reading your story! It had me engaged from the start. The suspense builds with the tension...to open or not open. Well done !