Submitted into Contest #152 in response to: Write a story in which a miracle happens — or everyone thinks it did.... view prompt 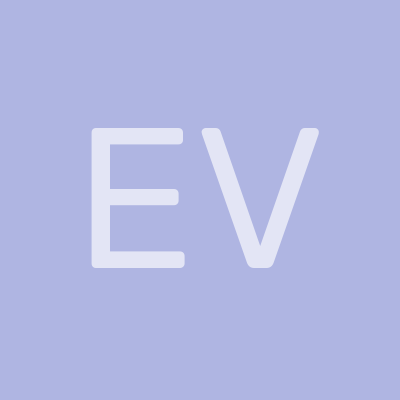 What if I told you the miracle of eternal beauty was possible, and quite within reach? You’d jump at the opportunity, right? Everyone wants to be beautiful. No one wants to feel less-than. Tell me, how do you feel when you see someone with incredible, undeniable beauty, and see them fawned over for it constantly? Some may think to themselves, “I don’t care, I’m beautiful too.” But you can’t deny, deep inside, the boiling jealousy, the aching envy, the toil and pain of feeling like you’re less-than, no matter how hard you try to shove it down. And that’s what they prey on. That’s what they target. The insecurities, the weak points you have in your soul and mind.

It started gaining steam on social media, with influencers receiving them for free to show the public its uses. They made it look so easy. Just remove the mask from the package, apply it to your face, and wait ten minutes. But this wasn’t like a regular face mask. Out of the box, it was hard plastic. It had no holes for your eyes and mouth, but there was an opening for your nose, just big enough to breathe through. But perhaps the most shocking feature of the mask was that you never took it off. They marketed it as a face lift in a box. When first removed from the package, it was quite strange looking. But when applied to the face, after ten minutes, the hard plastic was gone. It had melted and melded into your skin, giving you a complete makeover.

When I looked in the mirror after applying it, I smiled. I looked picture-perfect, ready for a photoshoot. My eyes were bigger, my cheekbones were more pronounced, and my lips were more plump. Further, the mask provided perfect makeup instantly. I had large doe eyes lined darkly, eyelashes long; a pouting mouth with rosy lipstick. My skin was as soft as a rose petal, and as bright and clear as a sunrise. I had no acne, no freckles, no discoloration. I was what is often considered perfect, and I couldn't stop staring at myself in the mirror. While it had started with social media, the fame of the masks quickly grew to a wider audience. Commercials, internet ads. The masks were flying off the shelves to people of all ages wanting to partake in the miracle of permanent beauty. Soon, nearly everyone owned a mask. Soon, it was the norm. Soon, it was all people cared about.

As time went on, the bond of the mask to your skin grew greater and greater. Slowly, the false faces were the only faces I saw on those around me. For a while, it was fine; who wouldn’t want to live in a society full of beautiful people? However, society became just that. Beautiful people, but nothing else. So obsessed with their appearance, staring into their mirrors, people did little else, even to the point of neglecting their families and friends. People began to fall in love with their reflections, like in the myth of Narcissus. They became so infatuated with staring in the mirror that their bodies began to wither, and grew angry when anything took their attention away from their reflection. Eventually, some died of starvation or dehydration, too infatuated to ever look away from their reflections. The miracle of eternal beauty was turning into a curse. But from that point, it only got worse.

As always, beauty trends and fads changed. Soon, the way many of us looked, what we had considered beautiful at one point, had become unattractive, even ugly in our eyes. We looked the same as when we had first put them on. However, being the superficial creatures we are, we were growing tired of the same look, day in and day out. But consumers learned the painful truth. There was no way to get the mask off; people had been promised to be beautiful forever, so no one had thought of it as an issue. Examining the structure of the mask, doctors and scientists were baffled as to how it had been engineered. Surgery wasn’t an option. The mask was like a barrier, both metaphorically and literally. It hid our insecurities, but the material it was made of was such that it couldn’t be cut, even by the sharpest blade. It was essentially a second, impenetrable skin, and trying to remove it surgically would be too risky. This didn’t stop people from trying to remove it, however. Some went with their only choice - doing it themselves. Looking in the mirror, they bravely looked for the nearly non-existent seam of the mask around the edges of their face.

When one tried to get the mask off, they were met with extreme stinging and burning. It was excruciating, and many people couldn’t do it, stopping halfway. One half of their face was covered by the mask, while the other side of the mask hung loosely over their natural skin. Those who did manage to take them off, those who had stared into the mirror for hours in agony, fell to the floor out of shock. They had forgotten what they had looked like; there was a stranger in the mirror - a stranger whose face was covered in chemical burns and blood from picking, their lips and eyes damaged grotesquely. It healed, but many were left with severe scarring. They had their natural faces back, which is what they had desired, but those still considered beautiful with the mask on looked down on them. Some of the bare-faced became outcasts without the mask because of their scarring and lack of unnaturally pronounced features. They were told they weren’t beautiful anymore.

But soon, we learned they were the lucky ones. It began slowly, and as it happened mass panic began to set in. The complications of a miracle mask, one that effortlessly changed your appearance and made you permanently beautiful, artificially, hadn’t been considered by everyday people. As the days went on, I scratched and picked at my face, trying desperately to get the mask off; I didn’t want the fate of those who had failed to remove them.

That fate was that over time, the mask had become so bonded to our skin that it was nearly impossible to remove, even when the masks began to harden. The mask remained on, but it was beginning to return to its original form. The plastic slowly but surely hardened, and as it did, it began to grow over peoples’ eyes and mouths, rendering them blind and unable to speak. Their faces became hard plastic as their real skin rotted underneath. The mask dug in deeper and deeper, taking root in their scalps and faces, silencing their mouths and covering their eyes as it grew and intertwined with living tissue. As the plastic covered the eyes, it infused with the delicate skin; when it hardened over one’s mouth, it fused the lips shut. That was another reason surgery was never an option; the mask connected, covered, and fused with your eyes and lips; to get it off meant severe damage to your eyes and having your lips essentially removed. And it got worse the longer you wore it, as the plastic grew and morphed into a cocoon around the skull.

The manufacturers seemed to have vanished, dropped off the face of the earth. It was as though they had never existed. No one could reach them, and the company that produced the mask was shut down. No one would, or could, be held responsible. So there I, along with millions, desiring only to be seen as beautiful, sat in an overwhelming, helpless darkness. I touched my face, feeling the hard plastic. I wanted to cry, but couldn’t. I hoped that the children who witnessed the painful rise and fall of the mask, those who saw their parents and family struggle, would learn from us and not follow in the footsteps of our narcissism, our arrogance, our acute vanity. The only hope I had left was for the future, that things would change, and I prayed that future generations would learn from our mistakes. Perhaps one day I, and millions of others, would be able to get the mask off. But for now, I sat alone, and inhaled sharply through the nose hole in the mask, sniffling. Pain really is beauty.

I found it very interesting how you have played with the concept "beauty is pain." A mask that grants rejuvenation at the cost of irreparable damage. A harrowing miracle indeed! Keep up the good work Emmi!

Sounds very metaphorical for the reality we exist in.