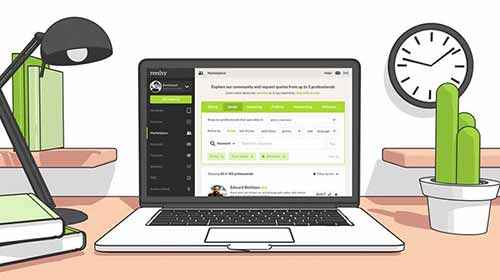 Reedsy Opened New Doors For Me as a Freelance Editor

Mark Swift is an experienced freelance editor who has worked on hundreds of manuscripts for the largest publishing houses in the industry (think Hachette, Bloomsbury, and Pan Macmillan). In this piece, he talks about the benefits of being a Reedsy freelancer and his special collaboration editing Toxic Octopus (A Spy Shop Mystery).

It was almost two years ago when I first discovered Reedsy, or I should say — and very fortunately for myself — that Reedsy discovered me.

I received an email from Emmanuel Nataf, CEO and Co-Founder of Reedsy, asking if I would like to join the community that he and his colleagues had set up. He explained that, at that point in time, they had over 10,000 authors and about 400 professionals on their marketplace — all of whom were coming from the best publishing houses. (As of 2018, they have over 100,000 authors and 1,000 handpicked professionals!)

It was a huge compliment to receive such an invitation, and I was immediately intrigued. I had previously spent the last eight years working almost exclusively for publishing houses in a freelance capacity. I had built up a number of contacts in that fashion and worked regularly (and continue to do so) with publishing houses such as Bloomsbury Publishing, Osprey Publishing, and Pan Macmillan.

This, however, was new territory for me. After looking into the platform some more, I decided to take the plunge and replied to Emmanuel, letting him know that I would be more than happy to sign up.

I look back on that moment now as one of the best decisions in my career. Being a part of the Reedsy community has been a hugely rewarding experience and to this day provides me with chances I never would have had beforehand. It’s not that these doors weren’t open to me in the past: it’s more a case that I didn’t even know the doors existed. Reedsy has expanded my horizons exponentially and helped me work with authors from all over the world. I have worked on 36 projects through Reedsy in the 2018 so far and a number of them were with repeat clients.

My time on Reedsy thus far has provided me with some of the best work and feedback in my career and has been very fulfilling. I feel the site has given me the chance to work in any genre I desire and with countless different authors, many of whom I now count as long-term contacts. 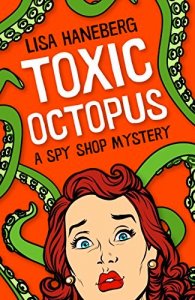 There are numerous authors I could single out for praise. I have been lucky to work on projects with many highly talented individuals and to have had good working relationships with everyone I’ve encountered. A lot of these writers I’ve now worked with on several occasions.

One writer that immediately comes to mind is an author named Lisa Haneberg. Lisa is the author of over a dozen non-fiction books covering leadership and personal success. She first contacted me quite early on in my time on Reedsy, back in December 2016, and asked if I would like to proofread her novel Toxic Octopus.

I was happy to agree. Toxic Octopus was her first novel in the Spy Shop Mystery Series — and it was a great read for anyone who liked fast-paced crime novels and clever satire. More than that, it was a lot of fun to work on.

The importance of great rapport

Our collaboration went so well that I ended up proofreading the novella prequel. I’m also scheduled to take on the sequel to Ghost Rat later this year.

This in itself is a good example of how it’s possible for us editors to build long-lasting, one-on-one working relationships with authors on Reedsy, communicating directly with the writers and being somewhat more of a known quantity ourselves. Through Reedsy, we’re able to showcase our work and experience to authors. And authors are given the chance to choose who is working on their books in every capacity.

This often builds an ongoing rapport between writer and editor. To me, that's the most valuable part: such a collaboration can often last indefinitely over numerous projects, allowing you to follow the author on their publishing journey.

When I completed work on Toxic Octopus and Ghost Rat for Lisa, she kindly sent me signed copies of both. It’s this sort of friendly connection within the Reedsy community, where an author can make a gesture such as this – posting complimentary copies of the books from around 5,000 miles away – that I find so refreshing and rewarding.

I hope to keep exploring these opportunities for many years to come. To any editors not yet on here who are considering joining the community, I highly recommend giving it a go – who knows what doors it may open for you?