Depicting the events of five extraordinary weeks in Paul Wilson’s early twenties, Bad Karma is a genre-bending, true story that had to wait for the statute of limitations to expire before it could be told. After Paul had finally put pen to paper, he knew he needed a unique editor to bring the best out of his unconventional story. For this he turned to Reedsy.

Struggling to find the right editor for my book

When I finished writing Bad Karma, I knew I needed help with self-publishing my book and I devoured online seminars by author and writing coach Kevin T. Johns. One of these seminars was presented by Ricardo Fayet, co-founder of Reedsy, and he made it abundantly clear that every author should have their work professionally edited. His approach and organization impressed me so much that I investigated Reedsy further.

When I first started looking for a copy editor on Reedsy, I struggled to categorize my book into a single genre. My concern was that an editor would sanitize my story to fit a particular mold, so I reached out to Ricardo directly, and asked him for recommendations. The three editors he suggested matched what I was looking for perfectly. And while I’m sure each one would have done a wonderful job, I ultimately chose Barbara Noe Kennedy, since she clicked most with my story, and I with her communication style.

Working with an editor who believed in my story

Going into the collaboration with Barbara, she immediately put my concerns at ease by clearly laying out her copy editing process. In order to gain a feel for my style and an understanding of the complete work, she read the entire book prior to editing. Then she went back through it and left line-by-line suggested corrections, which I could choose to accept or decline. She then read it a third time keeping an eye on continuity, and a fourth time after I had gone through her suggested edits. In one word, she was very thorough.

Two of the main issues Barbara identified in my book were inconsistent use of past and present tense, as well as a few issues with dialogue — sometimes it wasn't entirely clear who was speaking. While she was hired to do a copy edit, she was also kind enough to offer some overarching feedback about the novel, which is usually provided by developmental rather than copy editors.

When Paul approached me about editing his book, he asked for copy editing which was definitely the right next step for him. I could tell from the start that he was a strong writer and knew how to tell a story. He had a great narrative arc, his storyline was sound, his characters were well-defined, and his prose was engaging. But I could also see areas that needed addressing, including verb tenses, overuse of the verb “to be,” and some consistency issues.

It has been absolutely humbling to witness my book take off — and its success is definitely in part thanks to Barbara’s hard work. Sales have grown steadily, currently sitting at 70-85 ebooks and 15-30 paperbacks a day. Other milestones include reaching #1 in one Amazon category in January 2020, and now maintaining that spot in several categories in the US for thirteen weeks, and now six weeks in Australia.

I’ve even had success in areas usually reserved for traditionally published books. I managed to get Bad Karma into 70 Barnes & Noble stores, and I’ve also been approached by two companies about creating an audiobook. Don’t get me wrong, most of these opportunities didn’t just fall into my lap. Only recently, for example, I reached out to film production companies, and there might be something in the works for Bad Karma there too — fingers crossed!

Readers are growing more sophisticated all the time. And even with the most careful “self-editing,” error-ridden novels will be picked apart by reviewers. I’m without a doubt that Bad Karma wouldn’t have been as successful if it hadn’t been for Reedsy or Barbara. No one should consider publishing without professional editing.

I wish I could take more credit for the book’s success! Paul is a go-getter, who created a gorgeous book, and really dedicated himself to the book’s success along every step of the way. It clearly paid off. In some ways, I think, as the editor, I served as a sounding board as he negotiated the publication, marketing, and selling processes. I was his cheerleader, watching and coaching on the sidelines as he did great things.

You can buy Bad Karma here and hire Barbara as your editor here.

Made with help from Barbara Noe Kennedy 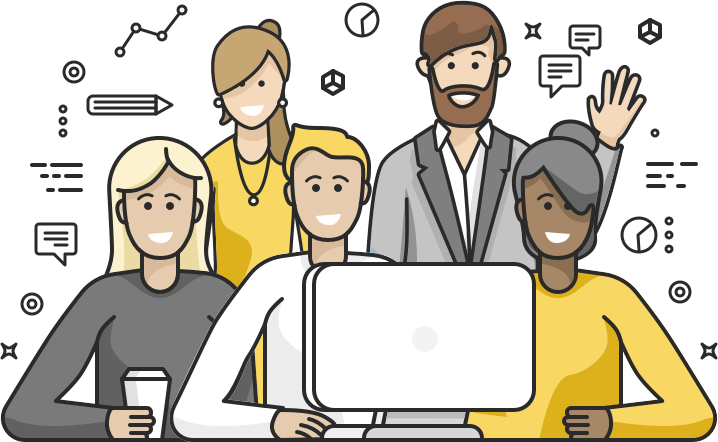