Ever since I was a small kid I wanted to be a fireman. I couldn’t wait each week to watch The Third Watch. Most of the kids in my neighborhood either wanted to get into the NBA. According to the National Association for Sport and Physical Education, none of them have a very high probability of being drafted. For young men, about three out of 10,000 male high school basketball players will be drafted into the NBA or about .03 percent.

Then there were the I’m going to get into the NFL dreamers. According to calculations by the NFL Players Association, the chances that any high school football player makes it to the NFL are about 0.2 percent. This percentage is based on the statistic that only about 215 out of 100,000 high school seniors who play football every year make it to the NFL.

Lastly, there were many who truly believed that they could become a professional boxer. Fame and fortune are incredibly rare in pro boxing and there’s really only a few top handful of fighters who earn millions of dollars per year. Professional sports competitors, a category that includes professional boxing, earned a median annual salary of $51,370 in 2019 according to the Bureau of Labor Statistics; some earned as little as $19,220. The median represents the salary in the middle, which means that half of professional athletes earned more than this amount and half earned less.

Looking back in time no one I grew up with wanted to be firefighters, lawyers, definitely not police officers or meter maids or doctors or nurses or mothers or fathers or even attending college.

Many of my so called friends thought my odds to become a firefighter was a laughable offense. I had sense enough to know that it could be difficult to achieve. Most common race or ethnicity of Firefighters states that 83.5% of Firefighters are White Caucasians, making them the most common race or ethnicity in the occupation. Representing 7.63% of Firefighters, Black Men are the second most common race or ethnicity in that occupation. Besides the physical agility test, there is the testing process to become certified as a Firefighter after you get into a department. It also depends on whether you enroll as a Volunteer/Paid on call or want to do it as a career. It’s not uncommon to see a lot of people applying for a single position that is open and previous experience goes a long way towards helping you to land that particular job. If I wanted to do it as a career. It was highly suggested  joining as a Volunteer/POC at my local fire department in which I did. They took care of all the training and schooling while giving me a chance to get some experience under my belt. I also knew that on most departments I would have to become at minimum an EMT-A (A stands for ambulance) and most career Firefighters also need to be EMT-P’s (P stands for Paramedic). About 75% or even higher of the calls are for the ambulance. But if you can get on as a Volunteer/POC, they will pay for the schooling required to get your certifications for emergency medical services (EMS).

It is the greatest job out there, to me at least and I never thought twice about the required schooling. It is a job that is more rewarding than anything else I could have imagined. It is true if you want something bad enough and it isn’t farfetched or unrealistic goal you can achieve.

I was working alongside firefighter Rosetta Hernandez unbeknown to me at the time on a Sunday morning in October 2005, we were called to help residents in the Oakland hills who awoke to the strong earthy smell of burning wood. Their homes, nestled among eucalyptus and pine trees, were hazy with smoke. There had been a small forest fire the day before and just that morning, we firefighters were noticing hot spots igniting again. Many residents thought the wildfires were far away until they noticed the glowing cinders fluttering through the air around them. Covered in ash, people ran into the streets clinging to dogs, cats and any belongings they could grab. Because of the 30-mile-per-hour winds that day, the fire ripped through the arid hills at devastating speed, leaving people little time to escape their homes. In total, the fire would destroy 3,500 homes and 1,600 acres, causing $1.5 billion in damages and killing 25 people, including our fire battalion chief.

I was sitting on the back of the firetruck completely exhausted and somewhat disappointed in the outcome. She handed me an ice cold bottle of Aquafina Water. I can’t say why I’m even mentioning what brand of water it was because seeing the smoke stain left from her mask covering her lovely face left me speechless as I stared at the label on the plastic bottle.

My Captain interrupted us a there was another emergency brush fire. We didn’t have enough time to exchange phone numbers or ask if any of us was married or involved with someone. I had been single going on 8 months. My ex girlfriend couldn’t deal with the erratic hours and the fact that I had posed with my shirt off while holding an firemen’s axe on a calendar.

Rosetta and I  didn’t see one another again until the two of us literally accidently ran into each other at the Firehouse Expo, who were committed to providing firefighters and EMS service’s with their highest level of excellence in training, education and networking. Hosted in the vibrant city of Nashville, TN. The Firehouse Expo brought together a national community of career and volunteer firefighters to exchange information, learn life-saving techniques and see first-hand the latest advancements in equipment, tools and resources. They represented a premier, yet economical event as a world-class platform where firefighters can engage, learn and grow their knowledge, skills and experiences.

When I accidently ran into her. The smoke that once covered her lovely face did not do her any justice. She was gorgeous cleaned faced and unmasked wearing street clothes. To my surprise she recalled me. We agreed to hook up for drinks after the trainings and all day seminars. This time we exchanged phone numbers and email addresses.

We talked for hours like we were the only two people in the bar and grill. After dinner, I invited her back to my room. I made us hot toddies and we continue to talk about our jobs as firefighters. It felt like we had known each other for years. Eventually, she leaned over and kissed me. Then I asked, 'Would you like to dance?' And we slow danced in the middle of the hotel bedroom filled with fairy lights, with Barry White softly playing in the background. She looked me deep into my brown eyes and said that she felt like she had plopped into a Nicholas Sparks movie! Around 2 a.m. it was all over.

Before she returned to her room I asked Rosetta was she married. She kissed me on the top of my  forehead and whispered it’s more complicated than that. I’ll tell you all about it tomorrow.

I tried waiting patiently for her response. I never saw Rosetta again. When I return home from the Expo I checked my emails and there was a letter with her email address. It read: I’m a Lesbian. 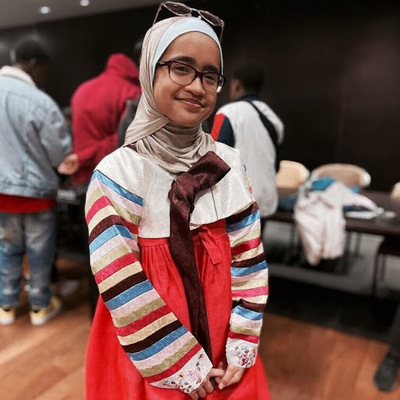 I like the incorporation of statistics to give a look into the narrator's mind and thought process. The writing is clear and grammatically correct. I do feel like it was a lottt of buildup, but that's obviously the point of the story. Enjoyed reading it! 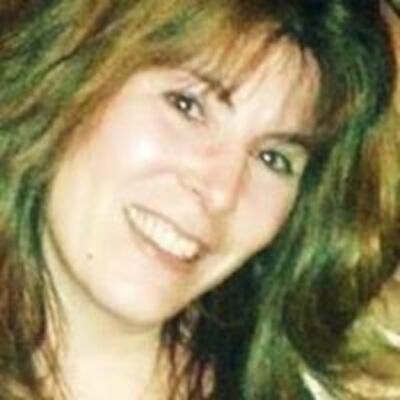 Nice twist at the end. I enjoyed reading.

Thank you for your comment. I'll read your stories as well.

Loved the statistics. What looked like a love story into an Ouch!

Thank you for your insight.

I loved the way you incorporate the statistics on the opening paragraph! Would you mind checking my recent story out too? Thank you :)

Thanks I'll check your story out now.