Submitted into Contest #77 in response to: Write a story set in the summer, when suddenly it starts to snow.... view prompt

There were bestfriends named Bareeha and Tahmiya. They were so excited for the new beginning in the High School. They both organise everything according to summer season. They decided to wear jeans with t-shirt that made them feel easy, confident and stylish. They get out of their beds, to be on time in classroom. Bareeha picked Tahmiya from her house and they were on the way to their new beginning. As,  they entered the High School suddenly, it started snow. There were sudden change of weather at that time. You were not  being able to say something about nature. As in the morning it was snowing and at night weather was so hot. Everything was looking on the  way to an  end of this world.  There were earthquaks and cyclones. They parked their car and rush towards their IT classroom. Total strength was of 45 students but there were only 20 students present in the class. Teacher started her lecture and students were interacting with each other. As, it was the first day so they had formal introduction about course and teacher. There was the sound of newscaster saying that a big wind cyclone coming towards North Australia . There was announcement that “ everyone requested to go back home”. Students run towards their vehicles for getting back to home. Bareeha and Tahmiya sat in the car and get out of their campus. Their car stops on the second signal that came in their way to home. They saw a cyclone coming towards them with great speed but, they survived and got injuries.

After one hour when everything was clear, there were sound of ambulances. Nurses were checking people and put them into ambulances. Bareeha got Collar bone injury and become paralysed. Tahmiya got head injuries and being in comma for days.

There were her classmates who got injured too. Everyone was in worry because, everything happened was so unpredictable. No one believed to have snow in summers not even a cyclone and there was no prediction about it. All the parents visited their childern and to the loved ones who got injured in that distructive morning. All the people of that area had  their heart wrenched. Whole area become silent, their were no one who came out of their houses to face any bad day because eveything happen was of unbeleiveable. That one month seemed that God was unfair to them. People started praying according to their religion. People felt that something bad happened to them and they all are going to be dead. This was the end of world. Bareeha was on bed for 5 months and realised all the blessings that God gave HIM. People felt happy and want to become like her because she had such a beautiful face and tall height. Laying on the bed she thought that why this happened to her. Her mother told her that see God blessed you with uncountable blessings at that time you didn’t ask him why you make me blessed and now when you came to this situation you are asking. She saw her like no one else now she felt that I was the one who do every single thing by my hand and now not being able to hold glass of water. Her mother and nurses gave her therapies. She was all well but not being able to walk again on her feet. After thinking rationally she felt that this was blessing in disguise for her she lived but not being able to walk again. She can see, taste, touch, and feel everything but not being able to walk. She saw her friend Tahmiya laying on the bed doing nothing. She was unconscious,  doctor said that she had only 42% chance to survive. Her parents came to her visited her, prayed for her because they want to see her healthy and alive. They cried in-front of God to give her health. The death rate of people increased, there was element of hopelessness  every where. One day Bareeha was thinking that it was easy to say that” when life gives you lemon make a lemonade”, but in real life give us a lemon and we were unable to make lemonade. Life was such blissful  before all that but now people realised that it was unable to bear life hard challenges.

After 1 month eveything become normal like the way it was before that disaster. People  started enjoying their lives as they want. Their was a stream of joy all around North Australia. Bareeha was not being able to walk again but she enjoy everything she had by the grace of God. Tahmiya got out of comma after 2 months. They saw each other and thanked to God that they are alive seeing each other. As everything opened now, they started going school after their recovery  but Tahmiya had a fear inside her remembering her first day at High School. Now duties were exchanged Tahmiya picked Bareeha from her house. She put Bareeha on wheel chair and rushed towards class. Tahmiya performed all duties of her friend that makes her comfortable. Sometimes Bareeha got  angry of not being able to walk again and to overcome it Tahmiya recite  poetry for Bareeha. This poetry was written by her favourite popular poetess Manahel. That poetry was

With the passage of time, their studies become difficult and required more hard work. Their friendship become popular all around High School. They eat and study together to secure good grades. There came the time of their first semester exam and evaluation of their hard work and knowledge. They performed well in exams and now so excited for their  results. They went to High School to grab their result and shouted together as they get to know that they secured A+ grade in whole semester. They were on their way back home, to saw their parents happiness. While their parents were impatiently waiting for them. Suddenly, there was news that accident of two young girl happened near High School. Tahmiya died on the spot and Bareeha felt helpless and numb at that time. All their happiness turned into sadness.

This story was quite fast. There were spelling errors and missing words that should've been in some sentences. In the beginning, it sounded like after the Rapture. I liked the concept of the story, though. It was cute. (Thanks for adding and liking my stories) :)

Thank you for your appreciation

Thank u for appreciating

Such a nice story 😍 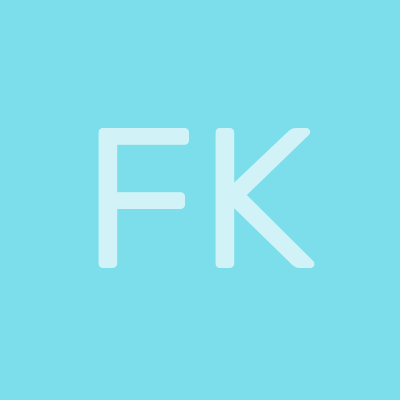 Amazing 👍 keep up the good work 👍

Its a good story but i think it went to fast , may be a little bit more details on some parts , so that the reader could actually experience the story , but in general it is a good story and i hope you keep posting the good ones

keep it up Dear ❤

loved it. keep it up