Candice was crying in the center of a crowd. This crowd had no hustle or bustle as regular crowds did, which anyone would have found odd had they not been accustomed to this place. People were standing, waiting for a loved one or a taxi, or on the phone talking. She did not want to draw attention to herself but she found it hard to hide her state of emotional vulnerability, muffling her sobs by covering her mouth with one hand and wiping her tears from the other one. What she had witnessed would change her life forever.

Candice had been having dreams as far as her conscious memory could tell, as any commoner would have. But they were usually meaningless pieces of vivid imagery, a compulsive effort of her brain to integrate her imagination with her daily experiences. But they never meant much more than that. Until six weeks ago.

The first time Candice had that dream, she dismissed it like she would have dismissed any other dream. She went about the day, not thinking about it. If you asked her that day what she’d dreamt about, she wouldn’t have been able to give you a clear image, just a little exposition here and there. But that was before that dream started repeating itself.

Candice was an accountant at a real-estate firm and later, her boss had set out for a vacation to Belarus, leaving all the monitoring of the tasks to Candice. No wonder she found herself behind her office desk at 11 in the night and leaving for work at 6 in the morning. What little time she had in between was consumed in household works and sleep. And she wasn’t getting enough sleep to have dreams.

The cycle started a week after she had resolved all of her projects, and was enjoying two days off as a hard-earned, well-deserved rest. The first time the dream repeated itself, she didn’t give it any attention because its memory had faded out. She remembered little glimpses of it though. Glimpses that will come back to haunt her later.

The second time the dream reoccurred (or the third time she saw it), she knew better than to ignore it. She dreamt that she was walking home from after doing groceries when she ran into a man her age, stoic and tall. “Tread carefully for you may fall tomorrow, or the day after, or the day after.” He said in a rushed tone, his eyes scanning the view as if looking out for an attacker. Then the whole crowd starting screaming till the shrieks surrounded her from everywhere till it was too much for her to bear and she could feel her ears about to burst. She woke up startled and sweating. That evening, she fell at the same avenue.

Candice left these chances to probability. The next night the dream reoccurred, but this time Candice wasn’t afraid of the loud screaming. She progressed deeper into that subconscious ocean. She saw three children running towards her, all blonde with ocean blue eyes. All of them had a tooth missing, the same tooth, which she found very disturbing for some reason. The first child looked at her with wonder in his eyes. The second child spoke in a rushed voice, resembling the man she had just met before. “Stay wary or you’ll lose the thing you hold dear.” Candice woke with a start. She was convinced that her mind was playing tricks with her. Just because things had happened just as the dream had foretold before, her brain will now cook anything to increase her state of anxiety. Boy, she was wrong.

The next morning, she fought with her boss. She was surely overworked and underpaid. Her boss didn’t appreciate her asking for her basic rights and asked for her resignation. No amount of crying or apologizing was going to help her. What was done, was done. All she could do now was to take her things and leave. The stark realization that her dreams meant something hit her quicker than the storm that was brewing outside.

Candice was afraid to fall asleep. She was devasted at the thought of slumbering unknowingly. She tried so hard to stay awake but still slipped into the land of Oz unwillingly. It was too late now.

As she moved through the dream, she saw the same man and the three children with a tooth missing. She heard the same sentences that they had said before. These dreams were not like any regular dreams that she had seen before. Her conscious mind was well awake, waiting for the subconscious to unveil its next trick. And now that she had seen the man and the kids, she thought that the dreams were a figment of her imagination after all.

She saw herself walking towards her. Which would have seemed vivid had she been in the real world. But somehow it felt normal in the dream. It felt like a mirror and someone was shoving it closer to her. And she was moving towards it as well. “Robbery” was the only word her dream image spoke. And she knew exactly what she meant.

Waking up, she found her necklace missing. And it wasn’t any ordinary necklace. It had 22-carat diamonds embedded inside it and she had inherited it from her mother. She had always kept it in the safe, and it was the securest place she could find. And now the safe was open and the necklace gone.

Candice broke down in front of the safe. She couldn’t give meaning to everything that was happening to her. In four days, she had lost many things she valued a lot. What were these strange dreams and why were they haunting her, and stealing everything she possessed? She thought she better inform the police. But when the officer came to her house, he found no signs of trespassing, no fingerprints anywhere. He said he’ll help her recover it but she knew that it was a hopeless cause.

Candice set a schedule that she won’t sleep more than fifteen minutes at a single time so that she could have as few dreams as possible. She felt great. She didn’t have any weird dreams for days on end, and just like that, weeks passed peacefully. But no amount of effort can stop the inevitable from happening.

The dream repeated itself, the man, the children, herself. Now she was waiting for the fourth performer, and there she was.

She saw a woman who sheepishly resembled the man she had just met. It was the same man but with long hair and feminine features. Her voice didn’t resemble his though. When she spoke, a chill ran down Candice’s spine. “Tomorrow, the world ends”

And here she was, standing in the middle of the avenue, after having slipped for the second time. She saw the woman. She knew what was going to happen. The world was ending. But she couldn’t do a thing. No cry for help. So, she continued sobbing silently. Out of nowhere, came a loud explosion. Bright and loud. That was the last thing she heard or saw before eternal darkness took her in its arms.

Enjoyed the read. Dreams can be a joy, weird, nonsense, or quickly go into the nightmare realm. A tragic ending. Well done on the writing.

thank you for the kind words

thank you for the kind words

thanks for the kind words 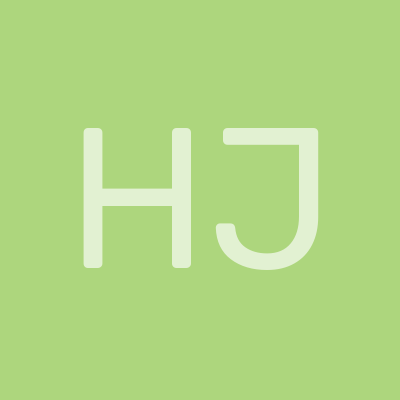 I like how you gave the children an eerie feel. Most of the time, children represent innocence.