Submitted into Contest #38 in response to: Write a story about someone who is working from home and constantly getting distracted by their pet. ... view prompt

Tapping my bony fingers on the table top, I take a deep breath - so to speak. Honestly. This pandemic is such an inconvenience. They convinced me to work from home, can you believe it? Me! Because I’m the boss, I had to stay home and delegate. Yet I suppose it’s the right call, someone has to organize this clusterfuck and give the orders. Can’t do that on the field.

I watch as the graphs and charts edit themselves on the screen, showing the progression of the virus. Without warning, it’s all blocked out by white fur.

“What are you you doing here again?” I ask to the cat as she bathes herself. “And would you kindly get off my work?”

The cat blinks at me. And yawns. I scratch her behind the ear and pull her to my cloak-covered lap. I still have no idea where she came from. Is that how people get cats? They just show up one day and decide to never leave?

Then, from the wall behind me comes the low swirly noise of air being sucked, even though no gust of wind is felt. Glancing over my shoulder, I see the customary ball of shadow forming right in the middle of my silver-framed mirror, and the wall seems to cave in on itself around that spot.

“Hm. Boss?” The hesitant voice comes from the floating hole that just formed.

Oh, what now. I turn away from all the charts on the screen and swing on my chair to see who requests me.

“Yes?” I sigh to fidgety Reaper.

“Indeed. Very observant of you.”

“Sure. A living animal managed to get into Death’s chambers. Of course not! What a question. It seems recently deceased, though it doesn’t explain how it got here. Not that cats are particularly good with staying away from places they shouldn’t be. What do you want?”

“Ah. Right. Well, Boss, it appears that the Corona virus is still spreading fast. And, uh, some of the deities are not happy about that. They claim to be losing worshipers.”

“Then remind them that that’s none of our business. We just guide the deceased to their chosen afterlife, we have no interference on the time or manner of death itself. We’re just following protocol.”

“Good. Did you show them the pandemic brochure?”

“I only have the old ones, sir, from a hundred years ago. There are more deities calling in than we planned.”

“They haven’t been updated since the 1918 influenza? Someone is getting demoted, put that on my to-do list. Alright, wait there.”

I nudge the cat so that she gets up on her own, but she flicks an ear and ignores me. Lifting her grants me a sleepy grunt and some other unsatisfied noises, gentle though I try to be.

“Apologies, sir. I can come back later.”

At the corner of the room, under my collection of vintage scythes, is the cardboard box with the new brochures. I had to make them all myself (part of the work I got stuck here to do) and the idiots didn’t even bother to distribute them.

Only when I kneel down to open the lid do I notice the many scratch marks all over its surface, as well as little bits torn off. For fuck’s sake.

“What did you that for?” I complain as I take out a few brochures and see that their bottom matches the outer look of the cardboard. The cat jumps inside the box and makes herself comfortable on top of the ruined brochures, purring while trying to brush her cheek on my hand. “This is not gonna work out, girl.”

I pull the black silken pillow from a nearby chair and throw it on the floor, pointing at it. The cat looks at my finger and ignores the pillow.

“There. You’re supposed to obey me, come on.” She doesn’t budge. I shouldn’t even let an animal stay here, anyway. Or maybe I could -

I forgot someone was there. Back to the occupied box, I sneak my hand under the soft white belly and pull out a few brochures. The attempt to uncrease them with my fingers is useless, but I guess it doesn’t matter. Stopping in front of the black hole, instead of my usual hooded shadowy visage where the mirror used to be, I see the short assistant with a clipboard.

“Print more of these and distribute to the deities. “ I order as I push the paper towards the void. The Nothing seems to ripple softly around it while it goes through, and then gets back to its former smooth appearance.

“If there are further complaints, notify them that Death itself blames Pestilence for all of this mess. Petulant idiot saw that Pollution was going after his job and decided to pull a new stunt. You can quote me on that. And, off the record, they are both assholes. Send the-”

A small ripping noise comes from beneath me, followed by a soft meow. I look down to find the cat playing with a loose thread of my dark cloak. See, this never happens on the field. I turn my head back up and open my mouth to speak, but another distressed meow interrupts me. Her claw got caught on the fabric.

“You’re an annoying little thing, you know that?” I inform while I reach down to unhook her paw.

“Should I send someone to fetch the cat, sir? Send it to the proper place?”

“I was going to say, send the extra Reapers from Europe to the Americas. COVID-19 is going fast there, and lots of people aren’t following caution recommendations. We’re understaffed as it is, is it asking too much that they at least try not to die?” I throw my arms up as I complain.

“It’s not, sir.” He responds dutifully. “Anything else?”

Thinking of the shifting charts on the screen with growing red flags, and all the maps with pointing arrows, I try to come up with something.

“Yes. Get some of the rejected hellhounds to assist, the ones who were too friendly to rip people to pieces. They will make good, I don’t know, afterlife guides or something. Who wouldn’t like to be guided by a huge friendly dog, right?”

“Do that, then. Put little cloaks on them, too. It’s the brand, we gotta keep it uniform, so jot that down.”

“Will do, sir. Are the daily stats ready to be sent to the staff?”

“Ah, no, not yet. I’ll get to it now. A lot of work to do, in spite of a few distractions.” About to dismiss the Reaper, we’re startled by a loud crash followed by a fast white streak that I assume was a running cat.

Half my scythes are propped crooked against their wall, while the other half lies scattered on the floor below. Damn, they better not be dented now.

“Oh, come on!” I yell at the room, before finding the tips of two white ears popping from behind my enormous bookshelf.

“Should I do something about the cat, then, sir?”

“Indeed. While I find out where she came from, I should keep her here. To be sure. So just send someone with a bed. And a few toys, yes? Also, a scratching post. I suppose she doesn’t need to eat anymore, so that will be it.”

“Sir? Are you sure? Surely someone can-”

“Yes, thank you. Dismissed.” As I terminate the connection, the wall unfolds itself back into place.

Appreciating the silence, I pace back to my tall work chair and sink into the crimson cushion. Alright. I tap my fingers on the table again. I have to send the disease stats. I have to plan the emergency schedule for the Reapers. I have to sign an official request for those hounds. I have…

The cat headbutts my leg and brushes against it before jumping on my lap and resuming her interrupted bath. I poke her lightly and she licks my finger with a raspy tongue. 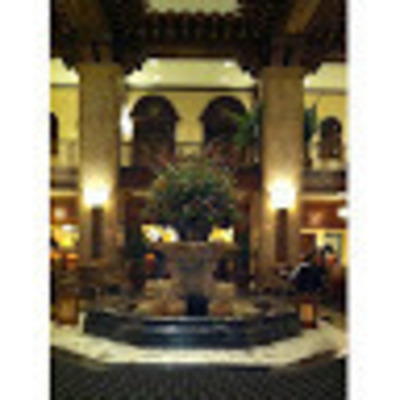 Wow! Very original! I didn't suspect Death as the one made to work from home because it juat sounded like a regular, corporate worker. Pretty cool that it was the Grim Reaper itself. Nice length, too. Good job!