Submitted into Contest #32 in response to: Write about two people in a relationship. One of them has special powers, the other does not. ... view prompt

Fairy tales hardly ever come true for quiet girls. Kaylani was absolutely certain of that. It was her slightly overweight 28 year old self with medium, gray-streaked brown hair that Kaylani dragged to her job every day. It was a good job. No, her mother thought it was a good job, because her job title had the words “software” and “engineer” in it. Coming home each evening to her tiny apartment, she quietly hated her existence. The highlight of her life was her twice-weekly after-work visits to the grocery store. Secretly and shyly, she had a crush on Mario, the clerk behind the meat counter. And, it seemed to her, he maybe liked her a little, or maybe he was just doing his job being nice to a customer. For weeks Mario had been trying to get Kaylani to try just one piece of salmon. “It’s easy,” he said, “Just a little olive oil and garlic. Five minutes, max.” When she finally reluctantly gave in and bought a very small piece at $25.00/lb., she was surprised how good it tasted. From then on she was hooked- on salmon- and even more so on Mario.

Kaylani was a software engineer with a master’s degree. Bearded Mario, 40 years old, was a master butcher, born in Mexico and proud of his American citizenship. Maybe each saw something in the other that filled a deficiency. Mario saw the college-educated California native that he may have longed to be. Kaylani saw a person who actually liked his work, but wasn’t driven to the point of a soul-crushing clawing up the corporate hierarchy. She felt relaxed in his presence. He felt ambitious when he saw her.

Kaylani’s semi-weekly after work visits to the grocery store grew to daily visits, and a wider variety of fish. Halibut, cod, tuna, rainbow trout. She was grateful to Mario for introducing her to a new cuisine. It was a nice (and healthier) break from the packaged meat, and Chinese and fast food she had been bringing home. On a rainy Thursday she asked Mario, with quite a lot of nervousness, if he’d like to come to her apartment on Saturday night for dinner. It was to be nothing too fancy, but she wanted to both show off her new cooking skills and thank Mario for his help in expanding her world outside of her tech work.

He arrived at her door dressed in nice sport clothes, a change from the butcher smock he wore at the store. She just had to say, “Wow, Mario, I’ve never seen you with clothes on before!” They shared a laugh and a very good grilled fish dinner that Kaylani prepared with some trepidation, and a lot of inspiration, too. Mario’s compliments were genuine and he suggested that she’d enjoy fish even more if she went fishing.

The thought of worms and unwieldy fishing poles made her doubtful, but Mario assured her it was nothing like that, and if she wanted to go, he knew a nice stream not too far away where they could catch trout. “Next Saturday…I’ll pick you up early. It has to be like 5:00...ok? Say yes! I’m tired of going alone”. When she hesitated, he added, “Well, we can just do catch and release”. Kaylani brightened. She was ok with buying fish in the store, but taking it live and then having it die was unappealing.

They had a marvelous time splashing at the edge of the stream, scaring the fish, more interested in having fun together than in bringing home the evening’s dinner. The differences between the corporate professional and the blue-collar tradesman dissolved in the stream that day, and on many more times together in the coming weeks.

The anticipation of weekends with Mario made Kaylani’s workweeks feel much less intensely important. On one weekend outing Kaylani told Mario what a blessing he had become to her. “You are an angel,” she said. Mario replied, “Well, Kaylani” and moved in close to her. “Actually, I am an angel sent from Heaven on a mission…to make you happy!” He raised his eyebrows and smiled toothy broadly, then collapsed in a fit of laughter. They embraced and his laughter subsided as he looked lovingly into her eyes. For a moment they both were silent. He added in a strangely serious tone, “Looks like my mission may have been a success.”

After work one Friday she bounded into the store to find the meat counter employees somber, Mario not among them. One of them came around the corner and walked with Kaylani to the back of the store. She had not heard, he figured, as he told her that as Mario had exited his car at home the night before, he had been jumped by someone who robbed him of his phone and wallet, and then shot him once in the head, killing him instantly. Whatever the employee said about police investigation, services, and a sister in Mexico were disconnected phrases to Kaylani.

The night was clear, but she walked home in a thick fog. Such a sudden tilt to her world was too much to process tonight or tomorrow, or at all. “I was stupid to get so attached to him. We had nothing in common, anyway,” she rationalized to the air in her apartment in an effort to dull the pain of loss. But in reality they had had a lot in common, a textbook example of opposite attraction.

Kaylani refused to look at the local newspapers, or watch local news. She didn’t want to take a chance she’d read or hear something about the murder. This way, she could, however irrationally, believe the event had never happened. She kept to herself at work, as she always had.

On Saturday she drove to the hill above the rocky stream where she and Mario had spent many happy days. She sat on the hill for an hour, listening to the rushing water below, wondering where it went. She never thought about it before. When she was there with Mario, the water moved, but seemed to stand still at the same time.

Kaylani walked from the hill to the footbridge overlooking the water. She looked behind her, startled by a sound. It floated by her like a breeze, touching her cheek as it passed by. The bridge was very wet and slippery. She heard someone call to her from the water below. “Come here Kaylani! It’s so beautiful!” Then a…

…scream as the water splashed.

Above on the bridge a person looked down on the stream.

No one was there. It was calm and silent.

But maybe they get something even better.

Hi Kelsey, I know you haven't submitted in a while, and I was just wondering if you're okay. I guess I'm just a worrywart. :) This story is really good by the way. I love how your stories are always based off true stories from your life. Great job and I hope you post a new story soon!

Scout, you are the best! Thanks for your concern. I am fine, just busy and distracted. I am a "hot house flower" writer. When I have other stuff to do I put off major writing and just jot notes as they come to me so I don't forget. I hope to get back to finishing some stories I've started. I'm in CA and our skies have been obscured by smoke for days. It is always the same time all day long. I never thought I'd experience The Day The Sun Did Not Rise, but it has happened LOL. But no, I don't plan to write a story about the fires. Fortunately ...

Glad you’re safe and healthy. Yes, I’ve heard a lot about the fires in CA. Just checking if you were okay and still doing what you love! :) 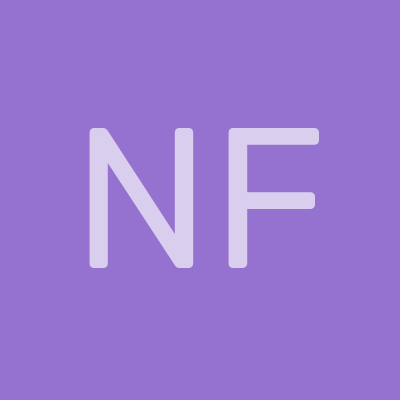 This was such a sweet (or bittersweet) story, especially that moment when Kaylani leaves her humdrum world and enters the world she shared with Mario before he died. You do a great job of creating a character who moves from being almost an automaton to a passionate human being!

Thank you Nolcha. Writing this fantasy was made easier for me since the grocery guy is a real person I had a crush on. He really likes to fish. Not me! Thank you for your feedback. I am a new writer, finally getting all the stuff onto "paper" that's been accumulating in my brain for decades. Be safe and healthy during this surreal time.

Once again, your writing style amazes me! I love how you work together small moments and description to build a world and a story that is built up colorfully and completely around the reader. I love how you tied everything back to the beginning. I love this story!

Thank you Genevieve! This one is based on a real person at a grocery store whom I had a crush on. Happy to report we are both alive AND well, currently. I like fish, but I don't buy it, have no desire to go fishing (even with HIM) and I don't cook 😁 But this story really comes from my heart, as I guess all the best fiction does. Stay healthy!