On a Tuesday night, after feeding and bathing the children, after packing their backpacks and lunches for school, after ironing my husband’s shirts, I walked out the back door. I only meant to get some fresh air. I thought I’d sit on the porch for a bit, maybe look for constallations. But I walked to the end of the porch and then I walked to the end of the drive and then I just kept walking. By the time I crossed into Georgia I wondered if it was a federal offense to kidnap yourself.

I dumped my cell phone before I crossed state lines. The battery was dead and it was of little use to me. No one I wanted to call would accept the charges so I passed by payphones and just kept walking. I figured I had enough bodyfat to last about a month. After that, I’d have to worry about food.

The Sunday before I left, my father, in what I can only see in hindsight as a moment of prophecy, slipped a hundred-dollar bill in my hand on my way out the door after Sunday supper. “This is just for you,” he’d said, “don’t tell anyone you have it.” I carried that bill in my underwear, feeling it migrate around as I walked, trying to keep that promise.

Four days in, sitting on an abandoned railway trestle over an unnamed river, swinging my legs back and forth, enjoying the sunshine, I wondered when the invisible cord that tethered me to my children would snap, unsure if it would rocket me back to them or ahead, out of reach, disavowed from motherhood, my only profession. I wasn’t ready to consider whether or not they would understand; I barely understood myself.

I found myself in South Carolina after walking aimlessly for a week. I’d stuck to smaller highways and dirt roads, avoiding the temptations cities brought to food and showers and kindness. I’d secreted myself from the rare person I saw, hiding behind trees or barns, spending hours staring into nothing, avoiding the company of even my thoughts.

Somewhere around day nine, I found myself at the edge of a small town. The name was familiar, tugging at something related to family. Internal alarms sounded. I felt not the invisible cord attached to my children, but the one to my father, the one he’d forged the moment I was born and reinforced my entire life. “Come home,” it said, “I love you.” I started running.

I can’t say how far I ran, past historic homes and graveyards, but when I stopped, I was by a river. I walked along the edge, avoiding Spanish moss hanging from bending trees. I’d about decided to strip down and baptize myself in the murky water when I suddenly, and with no small amount of terror, ran into a fisherman. He had a red folding chair beside him and he was standing in the water, dry pants tucked into black wellies. He turned his head to say hello. But instead of swinging his attention back to the bobber in front of him, he stopped, looked me over once, and spoke: “You’re that woman.”

What would you do in that moment? Imagine you’re on the run from something you cannot name, avoiding a vague ball of panic that’s been building since your second child was born, too scared to remember your family, hiding even from yourself. Would you stop and speak or run as if his fishing pole were an axe and he was chasing you down? Are you surprised that I did neither? I froze.

“You’re her. That woman who’s missing.” He set his pole down and took a step toward me. “Are you ok?” He swept his eyes over me again, taking in torn jeans and muddy shoes, ratty hair and a stained tee. “Are you hurt?”

I couldn’t answer, mainly because I didn’t know. Was I hurt? I’d put my body on notice that my brain would not answer its call so I hadn’t felt the gash in my leg under a long rip on my right shin. I’d ignored my sunburn and the road rash on my hands from where I’d tripped over a rock on the side of a two-lane road. The question, “Are you hurt?,” smashed through the shield I’d created between brain and body and the pain came rushing in. I lowered myself to the ground, trying to avoid burning hands, and felt my interior fray at the edges. I knew then that it would rip.

The fisherman took a step closer. “Can you speak?” I couldn’t look at him, this savior I did not want, and neither could I speak. He knelt down in front of me, a few feet away. “Your family’s looking for you.”

That was all he said. He remained crouched in front of me, patiently waiting for me to claim my identity. How do you tell someone you’re not sure who you are? I knew I was the wife and daughter and mother that family was looking for, but I also knew I was someone else, someone they could never understand, someone I could not be under the weight of cocktail parties, PTA meetings, and Sunday suppers. Where did that leave me? I just shrugged, the universal symbol of doubt and indifference, raising my shoulders slightly and lowering them to starting position.

“I think you are,” he said, dipping his head to try and catch the eyes I had trained on a small worm making its way from my left to my right. “I’d like to help.” His voice was kind. I had not felt kindness since my father slipped me that cash. I didn’t want it. I didn’t deserve it. And it broke me.

I’d like to say that my pain and fear and shame rose like a flash flood, taking me down in a rush of tears and wailing, signaling contrition, taking responsibility. Instead, I laid back on the ground, stretching away from the wound ripping from pelvis to throat. I cried, a soft and humiliating whine connecting chest to brain.

My wandering had come to an end. It was time to pull the lever, vote yes to return to family who could no longer trust the lynch pin I’d been, vote no and face an untethered future. I could not face either option. I stood then and spoke. “Thank you,” I said, and they were the last words I’d ever speak. I ran again, too quick to be snatched, straight into the water. I swam until I was exhausted and then let myself sink, eyes closed, waiting for the river to render my answer: I would be neither. 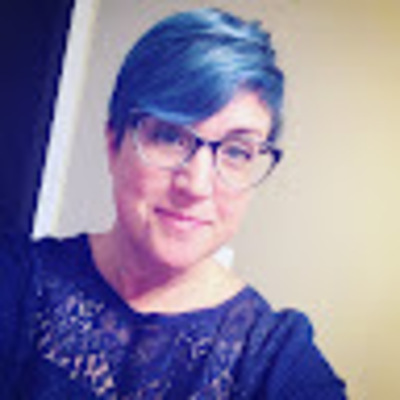 I like the relentless focus on escapism. I didn't expect the ending, but there is a sort of morbid comfort in it.