Submitted into Contest #112 in response to: Write about a character driving in the rain.... view prompt 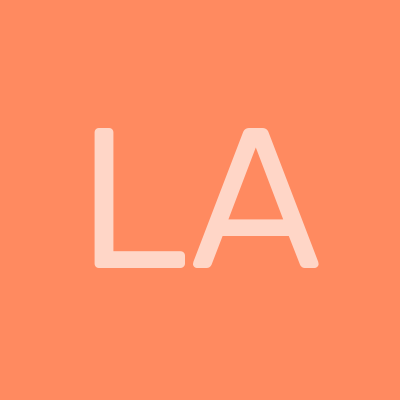 Brenda cleaned up her desk, eager to leave work and start the weekend. She called Vince and told him she was on her way out the door.

It was 5:05 and as she picked up her keys and purse, her desk phone rang. Don’t answer it, she told herself. It can wait until Monday. She picked it up on the fifth ring. It was a customer with a minor issue that could have waited until Monday, but now that she knew about it, Brenda wanted to take care of it and get it off her desk. Twenty minutes later, she was heading out the door when her boss stopped her.

“Oh, hey Brenda. If you have a second, can you forward me that email from Richard? I really want to take a look at the proposal over the weekend.”

“Sure thing, I’ll do it right now,” Brenda said as she clenched her fists. Couldn’t Janet see she was on the way out the door, keys in hand? She had all week to ask for the email, and she waited until 5:30 on Friday afternoon. Brenda logged back into her computer and forwarded the email, then quickly answered two others that had come into her inbox since she last checked.

Brenda sat in the Friday afternoon bumper-to-bumper traffic and pounded the steering wheel.

“Damn it!” she yelled out loud. Traffic was always bad on Friday afternoons, but today it was raining, compounding the situation. She suspected there was an accident ahead, as she literally had not moved in over five minutes.

Normally, she would take it in stride, part of the package deal for living and working in Metro Atlanta. But today was their anniversary. She knew Vince had a surprise planned, as he always did, and she wanted to get home for whatever the night would bring. I should have left early, Brenda thought and sighed, knowing it was beyond the point of no return; she would be late. She thought about calling Vince again, but decided not to. She would just beg for forgiveness when she got home, and he would give it. Then she would rush around like a madwoman to get ready for their celebration. She flipped on the radio to help distract her and calm her frazzled nerves.

Music has the incredible power to take us back in memory to a time or place we may have forgotten about, and can stir emotions long packed away to the surface. As Brenda listened, she was transported back to the carefree days of their young love – hanging out with friends and dancing in the street with the radio blaring; making out in his car, making love in the back room of his mother’s house while she was asleep. They were young and so in love, and this song in particular brought her as if she had time-travelled back to that night, lying under the stars, when they vowed they would love each other forever.

This was their song. Hers and Jason’s.

The tears came quickly, falling as forcefully as the rain on her windshield. She hadn’t thought about him in a long time. Get it together Brenda, what the hell is wrong with you? she thought, as she fished around the glove box for a tissue. She was thankful that the heavy rain shielded her breakdown from view of her fellow commuters. She was sobbing. The car behind her laid on his horn and she looked up to see the traffic had moved slightly. She looked in the rearview mirror and waved an apology as she mumbled, "Where do you think you’re going asshole? You’re gonna move a whole five feet!”

Brenda regained her composure and considered what was making her so emotional. She didn’t have any feelings left for Jason and hadn’t thought about him in a long time. That was over ages ago. She was happy with Vince – they were celebrating their fifth anniversary. He was everything she could ever want in a husband, and he adored her. They had their own songs and memories that she wanted to be thinking about, today of all days. Yet, here she was crying over her lost love.

And then it hit her. She wasn’t really crying over her lost love, but her current love. Jason and I were so in love and so sure it would last forever, so what happened? What was the turning point in our relationship that sent us on the path from lovers to strangers? If that love could change, Brenda thought, a love she thought was perfect and pure, what’s to stop the love she shared now with Vince from changing someday as well? Is our love, too, destined to become a bittersweet memory, stirred randomly years later by a song? Will life and reality get in the way of our happily ever after? Is true love a myth, and do we really just go through love in phases, moving from one to the other as our life situation dictates? She choked back another sob, thinking about her sweet Vince, probably at home right now setting up an elaborate surprise in celebration of their love.

Brenda turned off the radio before the song ended, unable to listen any longer. She plugged in her iPhone and selected from her music library “Come Rain or Come Shine” by Ray Charles. It was their song, hers and Vince’s. She thought about their love story and how they progressed from casual acquaintances, to friends, to lovers, to soul mates. “I love you Vince,” she whispered, maybe to reassure herself, or perhaps to put it out there in the universe so that their love might truly last forever.

The traffic started to move, finally, and Brenda had a glimmer of hope. I don’t know what the future holds; all I can do is control here and now. She looked at the time and thought, perhaps if Vince had also been stuck in traffic, there might yet be time to get home before him and set up a surprise of her own.

Nostalgia and hindsight can fog the memory. This was a nice story. At first when Brenda started crying, I thought maybe Jason had died. Good realization at the end that things and people change, and all you can do is work on it from your end — relationships are like gardens, they need constant tending.